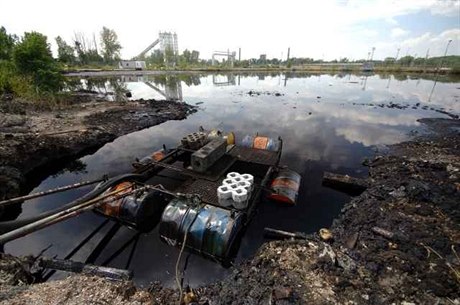 The so-called Ostrava lagoons, one of the country's worst pollution legacies lying on the outskirts of the city foto: ČTK, Česká pozice 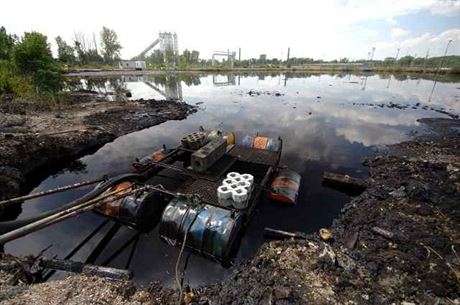 The Czech government drew a final line Wednesday under its much criticized plans to deal with a large part of the country’s pollution problems in one swoop through a massive  “eco-tender.”  The government agreed to the Finance Ministry’s previous proposal not to recommend any winners from the three submitted bids to do the work and thus buried the tender.

Bids to deal with the around 600 sites ranged from Kč 56.8 billion to Kč 65.5 billion with the whole process coming under fire from environmental and anti-corruption groups which warned that the tender had been so badly framed that the state was likely to pay through the nose for poor work with the competing companies likely to share the spoils of the massive contract between them.

The Czech branch of Transparancy International was a fierce critic of the tender, pointing out that the original idea of a big contact attracting the best European companies specializing in pollution resolution simply had not happened.

‘I do not think that the idea will come up again of a single, big eco-tender.’

Prime Minister Petr Nečas (Civic Democrat, ODS) explained that the government’s “economic ministers,” a term which embraces most ministries having an input into economic debates with the exception of the likes of the Ministry of Culture, will meet again in the first quarter of 2012 to map out how the Czech Republic’s pollution legacy will be dealt with. “I do not think that the idea will come up again of a single, big eco-tender,” he added.

Nečas hinted that the original “eco-tender” had probably been drawn much too widely and that a new look would be taken at the pollution black spots to determine which needed to be subject to a thorough clean-up. The prime minister said  that some reasoned opinions already pointed towards that conclusion. Some of the sites had been earmarked for clean-ups in the ‘90s and the situations now are not necessarily the same, Nečas said.

There has been speculation that the big industrial and financial lobby groups that stood to benefit most from the big tender will do everything they can to revive it. The Mediafax news agency reported Wednesday that the government commissioned assessments of the final three bids for the clean-up will remain secret.