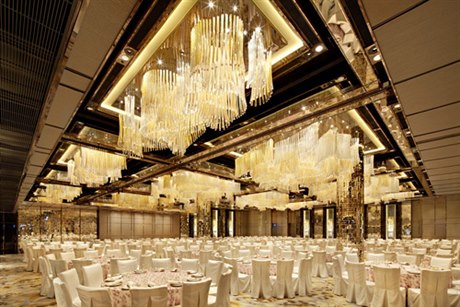 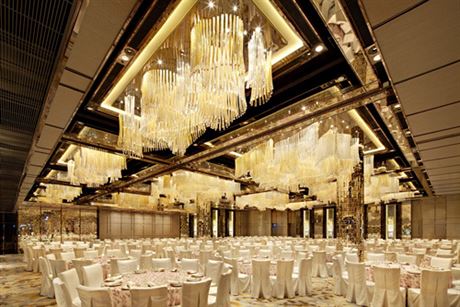 The skill and reputation behind Czech glassmaking have made the sight of Bohemian crystal an all too common sight on the streets of Prague. The Czech company Lasvit is looking to extend this traditional product’s reach considerably, having just gone to new and sparkling heights with its work on the recently opened Ritz-Carlton, Hong Kong.

Lasvit created six large-scale glass and crystal lighting fittings for the world’s tallest luxury hotel, located 490 meters high between the 102nd and 118th floors of the International Commerce Centre. According to Leon Jakimič, founder and director of Lasvit, Czech glass is well suited to the Asian market.

“Czech Glass is one of several Czech products globally recognized for its superiority. Unlike Italian Murano glass, Czech or Bohemian glass is more sparkling, more ‘crystal-like.’ And glitter, especially in Asia, is associated with luxury,” Jakimič told Czech Position.

Beneath the shimmering surface Lasvit has been able to succeed internationally by utilizing its 10 major design and development hubs to achieve top design and superior craftsmanship for both glass and metal, lighting engineering and engineering in general. Jakimič says that China, with its booming luxury hotel and residential market, accounts for about 20 percent of the company’s revenues.

Lasvit has lighting installations in Tiffany & Co., Beijing and the Kerry Hotel Shanghai among numerous other locations throughout the country and the rest of Southeast Asia.

The Middle East is another attractive market for Lasvit. Earlier this year the company fitted out another aerial wonder with a custom illuminated hand-blown glass and polished nickel lighting sculpture for the private dining area of Dubai’s Atmosphere restaurant. Atmosphere is located 422 meters above the ground on the 122nd floor of the world’s tallest building, the Burj Khalifa.

Of course Europe and North America also represent a significant clientele for the company yet the proportion is considerably smaller than the sheer amount of jobs it has had in Asia. Examples of Lasvit’s work in the Czech Republic itself turn out to be relatively scarce. It created a starry sky light sculpture for the Congress Centre Zlín in 2010, a modern chandelier for the Kempinski Hybernská Prague as well as some more conventional chandeliers for various Prague landmark buildings.

Lasvit’s name comes from the Czech words for love (láska) and light (svit), and the company makes use of a wide range of young and innovative Czech glass designers as well as cooperating with international designers. The latter were called in for the Bohemian Rhapsody project unveiled at the Euroluce trade show in Milan earlier this year. Another of Lasvit’s collaborations was with Škoda Auto, for which it developed crystal logos and cut prisms for the presentation of Škoda’s Vision D at the Geneva Car Show.

Though Lasvit has its sights set firmly on Asian and other international markets it is well aware that for continues success the Czech glassmaking tradition must be nurtured. For this it runs the Lasvit Glass Experience at its factory location in Nový Bor, Northern Bohemia. Classes are offered in the spring and fall in which various levels of students participate in lectures, observation and actual glassmaking.