Czech-German relations in holding pattern ahead of Merkel’s visit 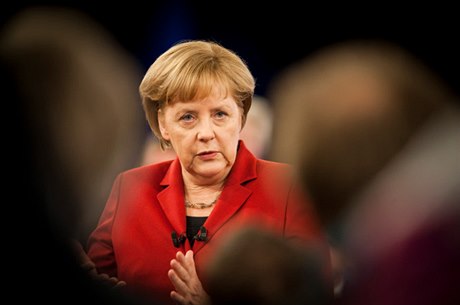 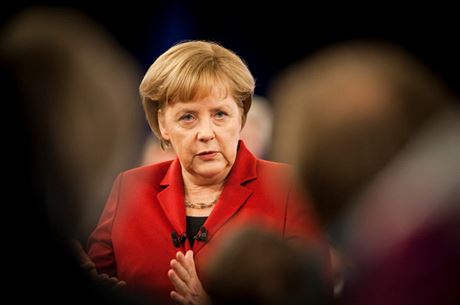 German Chancellor Angela Merkel’s visit to Prague on Tuesday will do nothing to jump start bilateral relations. Although after meeting Prime Minister Petr Nečas (Civic Democrats, ODS) and President Václav Klaus much will be said about the excellent relationship the two countries enjoy, this has long not been the reality.

The development of bilateral cooperation on the economic, political and socio-political level can be observed. But they are not developing at the same pace. The biggest boom has been in the economic sphere; political relations, on the other hand, have long been in serious decline. Civil society is carrying the cultural sector, especially in the border regions, where hundreds of bilateral projects are carried out each year. But venture farther into the Czech Republic and there’s less interest – on both sides.

In economic terms, both countries are logically interconnected and Germany is an important trading partner for its smaller neighbor. But although most people don’t realize it, the same holds true for the Czech Republic — Germany’s 12th most important trading partner last year, ahead of Brazil, India and Turkey. Bilateral trade, despite the financial crisis, exceeded that of Germany’s with all Latin American countries combined.

Due to the lack of interest in the euro, the Czech side, however, has become unpredictable, and so many German companies’ investment projects in the end didn’t materialize here or eventually moved to other countries. Because of strong fluctuations of the euro and the Czech crown, it wasn’t possible to determine long-term costs as regards, for example, production of cheap mini cars for which price stability is a fundamental aim.

Economic relations have developed almost out of inertia; for promoting mutual interests, though, there must be true political cooperation.

Problematic bilateral relations for decades could be explained by historical injustices. But these painful past chapters can be considered closed. This came not after the signing of the Czech-German Declaration of 1997 but only two years ago, after the official visit of Bavarian leader Horst Seehofer, who returned a year later.

His meeting with Czech PM Petr Nečas had a rather practical than political purpose; on the agenda were long-neglected specific projects regarding police cooperation at the shared border, and rail transport links to Bavaria. Likewise, the Saxony leader Stanislaw Tillich was quite keen on long-term cooperation and successful in the effort. Political cooperation is only working well at the regional level, and among mayors of border towns, and at lower levels of government.

In the political sphere, cooperation at the regional level, and among mayors of municipalities in border areas, and at lower levels of government, works very well. This has led to wonderful cycle paths, recreation facilities, language programs and cultural events. Most contacts, however, are limited to specific cross-border projects; discussion of common political objectives is lacking. Although authorities sometimes consult with their counterparts on the national level, be it in parliament or with political parties, these are marked by informal friendly visits without securing obligations for specific results.

In the past, it was the center-left Social Democrats (ČSSD), now the main Czech opposition party, who managed to develop the closest cooperation with Germany. There was a strong friendship between Jiří Paroubek, the former ČSSD chairman and prime minister, and then German chancellor Gerhard Schröder, who even came to support his friend during the parliamentary election campaigns. While the ČSSD continues to draw inspiration from the German SPD for their political programs, the personal dimension is not what it once was and it’s not on an institutional basis.

Today, although right-leaning parties are in power in both countries, and they take similar approach to the market economy and drive for economic competitiveness the Czech center-right are — diplomatically speaking — somewhat lukewarm towards their western neighbors. By withdrawing from the European People’s Party bloc, the ODS made clear its disinterest in cooperating with Germany and began to work intensively on the political axis between Prague and London.

ODS’s junior coalition partner, the TOP 09 party, though led by the experienced Foreign Minister Karel Schwarzenberg, is a young party and has been slow to develop its international contacts. TOP 09 has, however, begun doing so on the European and regional level; the centrist party is using its contacts with German partners exclusively to find inspiration for its electoral campaign.

The depth of interest can also be measured by the frequency and duration of mutual visits. The most important link between the two countries is indeed Schwarzenberg; German politicians from across the political spectrum are keen to meet with him. However, it is important to note that Nečas personally participated in the celebrations of the Konrad-Adenauer-Stiftung foundation that is close to the German Christian Democrats (CDU) as it marked 20 years in the Czech Republic. This could be proof that the Czechs do not wish to tear down all bridges and have basic interests in being good neighbors. The relative indifference of Germans to their eastern neighbor stems from the poor reputation of the current Czech government coalition.

But while German chancellor Angela Merkel will spend only five hours in Prague on Tuesday, it should be noted that the length of visits by German politicians to, for example, Hungary, have been far shorter. The relative indifference of Germans to their eastern neighbor stems from the poor reputation of the current Czech government coalition — the ODS, TOP 09 and Public Affairs (VV) parties — for frequent cabinet reshuffles and corruption scandals that remain unresolved.

The biggest of such Czech scandals are regularly reported in the German press, and its politicians are not interested in meeting politicians from VV (whose de facto chairman, Vít Bárta, is on trial for allegedly bribing fellow party MPs for their “silence and loyalty” and who ran a security agency known to have spied on politicians). Foreign politicians are rather waiting for a more stable Czech government to come into power before looking to cooperate on grander projects. Even so, the German foreign minister has twice visited the Czech Republic in recent years, in line with remaining on good terms with its neighbor.

By not getting their house in order, the Czechs are denying themselves an important partner on the international stage through which it could find support for cooperation in the European Union and the single European market — not to mention in the creation of new research centers, in the struggle for human rights and democracy in the developing world and a host of other initiatives. Instead, the Czechs find themselves ever more isolated.

Despite the fact that the Czechs, due to the overflow of energy from Germany talks about the build-up of transformers on the borders, the aim of which is to “close the borders” in times when the strain on the network grid would be too great. While Merkel in an interview with the Czech daily Lidové noviny said such a situation is not likely to actually develop, but the German grid faces serious problems developing its network to cope with greater wind and other renewable power. Vojtěch Kotecký, the head of the Czech environmental pressure group Hnutí Duha, argues that the Czechs are rather blaming their neighbors for its own failure to modernize the energy grid and prepare for irregular supply of energy from renewable sources.

In contrast to the Czech Republic, Poland has in recent times made full and exemplary use of opportunities to communicate with Germany. In the past five years, the government of Prime Minister Donald Tusk has brought his country much closer to its powerful neighbor. While Merkel and Nečas will meet on a professional level, Tusk has been meeting with arguably the most powerful woman in the world every month.

Under the previous Polish government, led by the Kaczyńský twins, the relationship had suffered; now Germany has designated a special deputy responsible for relations with Poland. In addition, the first visit of the recently elected German president Joachim Gauck was to Warsaw and the German and Polish governments hold joint meetings.

Meanwhile, even after 20 years of mutual Czech-German cooperation, the two countries are far from having such a relationship. Polish Foreign Minister Radoslaw Sikorski last November in a speech in Berlin, among other things, spoke of Germany as his country’s single most important partner. The Czech Republic would do well for itself to adopt a similar outlook.