Czech Futurist exhibit brings the past back to life

After a first retrospective in 1923 was cancelled due to her death that year, Růžena Zátková’s work is finally on display in her homeland 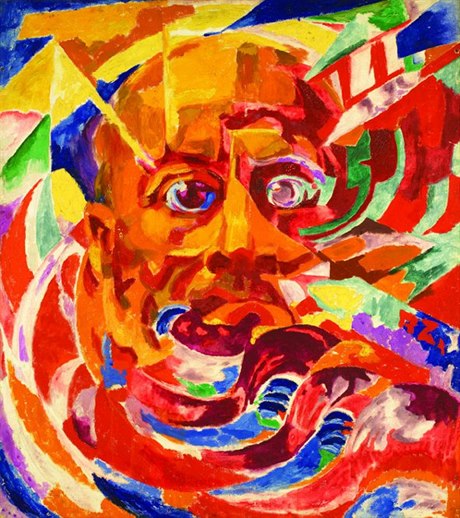 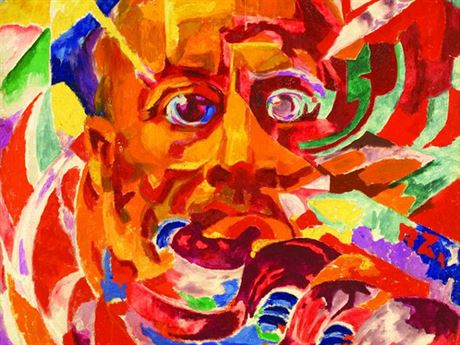 It took almost a century for the work of Růžena Zátková (1885–1923) to receive its first retrospective in her native land. The sole example of Czech Futurism — and one of the only women associated with the group from any country — Zátková’s reputation in Italy never carried back to Prague, an injustice made all the harder to redress by the far greater injustice of her death at age 38 from tuberculosis.

The small but fascinating collection of Zátková’s paintings, sketches and a lone reconstructed sculpture is on display at Prague Castle’s Imperial Stables from April 8 to July 31, along with a selection of works by her much more famous contemporaries and friends, such as Filippo Tommmaso Marinetti, Giacomo Balla, Natalia Goncharova and Mikhail Larionov.

Zátková’s artistic associations did not end with Italian and Russian avant-garde painters, but also included Igor Stravinsky and Sergei Diaghilev, whose Ballets Russes she joined during World War I in Switzerland and probably worked with Goncharova on costume designs for the company’s production of Rimsky-Korsakov’s “Sadko.”

The exhibition has been 10 years in the making. Curator Alena Pomajzlová wrote her first study of the painter in the Czech art magazine Umění back in 2004. “I first learned about her work at a Futurism exhibit held in Venice … and was able to get an address for Marinetti’s daughter, after which I got in touch with other collectors and owners of Zátková’s work,” she told Czech Position.

This was followed by what the curator refers to as detective work, searching for the elusive traces of a painter who left a strong personal impression but little for art historians to go on. Much of the scant material about and from Zátková is in Marinetti archives, many of which are part of the Getty Collection in the United States. This work is only shown in the exhibit in reproduction due to the difficulty of obtaining it for international exhibitions.

To see a retrospective of any Modernist painter’s work is to see a microcosm of the history of modern painting, and in its beginnings Zátková’s work is no exception. There are nice but unexceptional village scenes, a Prague rooftop in winter. Together with her then even more ambitious sister Sláva, she was intent on making a name for herself in the art world.

In 1909, the sisters rented a studio on Riegrovy sady, from which Zátková painted a number of views of the city to prepare for gaining entrance to the Mánes Association of Fine Artists. Zátková’s application form is included in the exhibition, along with other documents and photos, such as her sister’s diary and a German magazine photo with her first engagement announcement.

In the end, both Zátkovás were rejected, and though they both went on to study in Munich, their future artistic careers and lives would move in radically different directions.

Sláva Zátková (married name Tonderová-Zátková) stayed in Prague and remained a traditional realistic painter. “She never got into contact with the avant-garde and Modernism. Růžena was likely a more talented painter anyway, but mainly was the one with the impulse to get out of this country,” Pomajzlová said.

Sláva eventually exhibited at Mánes and was relatively successful here, according to Pomajzlová, getting solo shows and selling her works both at home and abroad. A cursory Internet search shows that a painting of a vase of flowers she did was auctioned in 2002 for €1,500. Remaining firmly within convention, though, she could not have been an enthusiastic supporter of her sister’s work.

“There’s a letter Sláva wrote saying she just couldn’t comprehend what Růžena was doing, that she was doing these ridiculously easy abstract works, like a couple lines and a circle, and that to her it wasn’t art at all,” Pomajzlová said.

It seems clear that Zátková wanted to go beyond the bounds not only of Czech art, but Czech life. Her first engagement to a German baron was broken off after considerable Czech nationalist protest. In 1910 she married Russian noble and diplomat in Rome, Vasily Khovshchinsky. He was a friend of Stravinsky’s and her connection to Rome’s busy art scene.

Biographical information about Zátková is so scarce that the exhibition catalog refers to an early suspicion that she did not even exist. In a biography of Stravinsky, though, an incident is reported, referring only to “Madame Khovshchinskaya,” in which her beauty and potential mutual attractions between her and Ballets Russes dancers, the choreographer Léonide Massine and even Stravinsky caused her husband to erupt with rage.

Even the cosmopolitan avant-garde scene in Rome could not confine her, and among one of the many distinct chapters in Zátková’s life she spent part of 1913 in Mallorca with a group of Latin American artists. A photograph shows the group posing on a beach. There is no doubt whose gaze is the most compelling and forceful, and not at all because she is the only woman in the group.

While she could easily be taken for a Russian bride in her wedding photo taken three years earlier, here she looks as dark and Mediterranean as her fellow artists, as if her ability to take in different influences extended to the core of her personality. In a reproduction of a portrait of her by Mexican painter Roberto Montenegro, she even resembles a slightly vampish Frida Kahlo (sans monobrow).

After the first few paintings on display, you can see signs of Impressionism and Post-Impressionism, Expressionism and the influence of her Russian friends. Within a few years quaint Czech Realism has given way to what Zátková referred to as her psychic portraits — colored line drawings meant to represent her artist friends’ inner lives.

“My opinion about art has changed from the fundamentals — I’ve looked at it from the other side, that is, not at its form, but at its essence,” she wrote.

It was around this time she made her one and only foray into sculpture, creating a work that has only survived in photographs. “Ram (The Sensibility, Noises and Rhythmical Energies of a Pile Driver)” was recreated for the exhibit in plastic using 3-D imaging because it was impossible to determine the diverse materials used in the original work, according to Michal Gabriel, who carried out the reconstruction.

Wandering in body and style

While many Modernist artists seemed to find their style and ride it into old age and exorbitant prices, Zátková never showed the complacency of staying put with a single way of painting. Of course, it could be argued that she never reached a style of a great painter like a Boccioni or Goncharova, and so did not have the luxury sticking to a trademark look. Yet the painter’s own awareness of the limitations of modern art indicates that there was more to her artistic restlessness than not being a world renowned painter.

“I follow neither Cézanne, nor Van Gogh, nor Gauguin, nor Matisse, nor Picasso, nor new, nor old, but I look for the original truth and belief, and the endeavor of my own spirit is, at the same time, an artistic endeavor, and I don’t look more for the spirit than I do for art,” Zátková wrote.

The effects of her illness also played an important role, bringing her back to religious faith and a re-evaluation of her place in the Futurist movement.  Even her earlier work, with its evidence of an extraordinary ability to take in a wide variety of influences from Russian folk art to Expressionism to the spiritist séances she took part in, shows that she was too free a spirit to fit under a single label.

When her break with Futurism became overt and she insisted that her work be exhibited anonymously under the name Signora X, Marinetti continued to champion her both in Italy and on his legendary trip to Prague. On that occasion, the Futurist impresario brought Futurist performances to Prague’s Švandovo divadlo in Smíchov over three evenings and made it to a point to promote his friend and fellow artist.

“In the name of Růžena Zátková, long live Futurism! Long live Futurist Prague!” he said to close one of the events, later pointing out that nobody knew her though they knew her sister, who was in the audience. Plans for a Zátková retrospective in Prague in 1923 were forestalled by her death that year.

Zátková’s portrait of Marinetti is a fitting tribute as well as one of the most compelling artist portraits of the era. Some of her other late work, such as the biblical illustrations of the life of King David is equally impressive, however different. On first approach the look like Medieval manuscripts. Closer inspection though reveals a kaleidoscope of modern and ancient elements forming an uncategorizable whole.