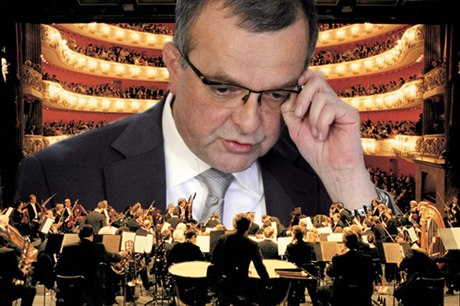 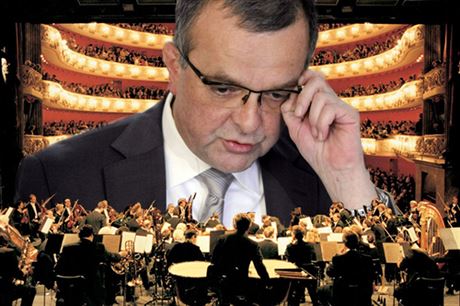 Finance Minister Miroslav Kalousek (TOP 09) has saddled the directors of the Czech Philharmonic and National Theater with a thankless task: they must explain to the members of these prestigious orchestras why the salary increases promised by the Ministry of Culture last autumn — and very publicly at that — never appeared in their pay stubs.

Jiří Besser, the former TOP 09 minister of culture pushed to resign over an undeclared Florida property deal with a convicted felon, and his then deputy in charge of the Performing Arts, Radek Zdráhal, had been dutifully examining why these national cultural institutions were in poor shape.

While suggesting organizational changes, they also came to the conclusion that to attract and retain top notch musicians the pay should also be at least average. Besser even “found” and earmarked Kč 150 million in this year’s budget expressly for that purpose. And the Ministry of Finance had pledged to shift the funds in this regard.

However, Kalousek, guardian of the state coffers, still has not greased the wheels of the state machinery to allow this to happen. Specifically, he has not sent current Culture Minister Alena Hanáková (TOP 09-STAN) his written consent to increase the so-called wage limits now in place, even though it does not affect the overall state finances.

It does not seem to be an entirely rational move to block the salary increases that the Ministry of Culture had announced with great fanfare were forthcoming. Moreover, by failing to give the green light, Kalousek is in effect punishing another ministry headed by a fellow party member. He is also putting at risk the good names and future prospects of the National Theater and Czech Philharmonic, which this autumn will be led by a world-class principal conductor, Jiří Bělohlávek.

Both venerable institutions are undergoing major changes, and the added uncertainty regarding the salaries has led to greater disruption and fed the rumor mill. Their respective heads, however, continue to hope that common sense will prevail.

Just over two weeks ago, Hanáková assured National Theater director Ondřej Černý, in writing, that financial resources for salary increases “have been allocated and at the same time intensive negotiations with the Ministry of Finance are underway so that as soon as possible they are transferred for the benefit of employees of the National Theater and former State Opera of Prague.” Černý is said to have believed it to be true and gone forward with plans accordingly.

Czech Philharmonic director David Mareček told Czech Position that at a meeting with representatives of the institution where plans for its reform were presented, Hanáková “gave assurances” that the resources “had been approved by the Ministry of Finance” and ready to be disbursed. Klaousek’s ministry has yet to respond to questions as to why this has not proven to be true and how long the artists must wait.