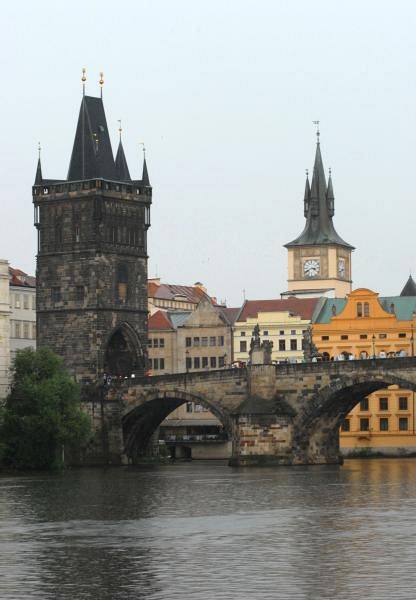 The Charles Bridge is among the Czech capital’s biggest draws foto: © City of Prague, Česká pozice

The Czech Cabinet has approved a new share out of cash from central government to local authorities aimed at ending the unfair flow of cash to the country’s four biggest cities.

The proposed new allocation framework agreed on Wednesday and set to take effect in 2013 is a partial response to the long-running complaints of smaller Czech cities and towns that they lose out to Prague, Brno, Ostrava and Plzeň in the annual distribution when the per capita allocation is examined.

The new allocation framed by Finance Minister Miroslav Kalousek (TOP 09) in the guise of a latter day Robin Hood takes from the four big rich ones to give to the rest. In fact, the big four will lose out on an annual Kč 1.1 billion, with the capital, Prague, the single biggest loser with its annual allocation cut by Kč 650 million.

Kalousek had been reportedly keen to take more from the bigger cities, but his enthusiasm was braked by the center-right coalition government’s biggest party, the Civic Democrats (ODS), which together with TOP 09 run Prague City Council and are already facing a tight financial squeeze due to past free spending.

Major cities argued that it was only fair that they got a bigger cash allocation because they often had to subsidize cultural and other services that had a national and regional significance and didn’t just serve their own inhabitants.

TOP 09, a party linked to a grouping of local mayors (STAN), had been one of the main movers for a fairer redistribution of cash to local councils. “We reached a compromise that is basically acceptable for all political parties and which paves the way for local councils to plan their long-term use of their financial means, for their development and investment activity,” commented Kalousek after the Cabinet meeting.