Czech festival brings all that jazz 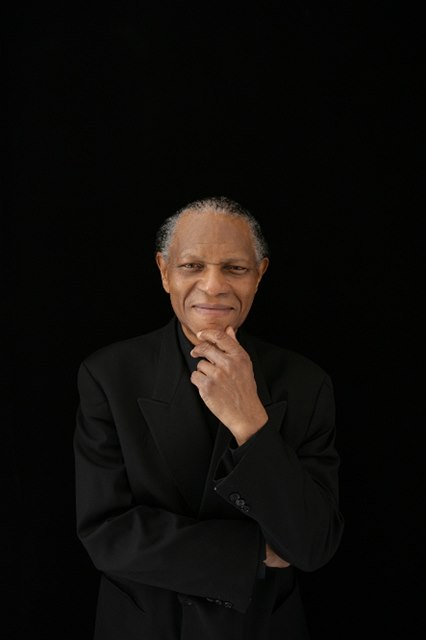 The seventh Bohemia Jazz Fest starts with a July 12 concert in Prague’s Old Town Square. In 2010 around 70,000 jazz fans attended the festival’s open-air concerts throughout the Czech Republic, drawn not only by the world-renowned performers on stage but by the fact that the concerts are all free of charge.

The festival is not only international in terms of its prestige and audience, but above all in bringing performers from what has become, since its origins a century ago in New Orleans, a truly global form of music. The opening concert illustrates this plainly enough, kicking off with the Czech-Slovak Ondřej Štveráček Quartet, followed by the Danish jazz and rock singer Cacilie Norby, climaxing in a performance of legendary jazz pianist McCoy Tyner and his quartet.

The Philadelphia-born Tyner is no stranger to Prague, having most recently played at Prague Castle in April of this year. The former sideman of saxophonist John Coltrane provides a living link to one of the most musically adventurous periods in the history of jazz. In 1960 Tyner played with Coltrane on his landmark album “My Favorite Things” and went on to play with jazz greats such as Art Blakely, Ron Carter, Stanley Clarke and others as he continually put out new albums.

Jazz Fest’s second night in Prague is titled “Norwegian Evening at BJF11” and features some of the leading lights of Norway’s surprisingly storied and developed jazz scene. From guitarist Terje Rypdal to the voice of singer Inger Marie Gundersen and her band, to the big band music of Bergen Big Band to trumpeter Palle Mikkelborg audiences will have a chance to hear jazz interpretations from Europe’s northernmost reaches.

The festival then makes its way to six Czech towns, ranging from Domažlice and Plzeň to Brno. While some of the performers from the opening nights will travel to the regional concerts, new additions will take the stage as well, including Grammy Award-winning Panama-born American pianist Danilo Pérez and his trio as the headliner in Plzeň, West Bohemia.

Though born in 1965 Pérez is another of the festival’s connections to one of the golden ages of jazz, having first became known in his early 20s as the youngest member of Dizzy Gillespie’s United Nations Orchestra. He followed his three-year stint with Gillespie by concentrating on his own eclectic Latin-influenced style in his own ensembles as well as being part of the eminent Wayne Shorter Quartet.

Tábor, South Bohemia, will have another American arrival with the Tom Harrell Quintet. Harrell, a trumpeter who came out of the big band tradition, has played in both Woody Herman’s and Stan Kenton’s big bands as well as recorded albums with the likes of Lionel Hampton, Art Farmer and Dizzy Gillespie.

Brno, South Moravia, will not only have the Dutch jazz group the Ploctones but will top the bill with former Miles Davis collaborator guitarist John Scofield. Scofield’s musical journey has taken him from his earliest days accompanying trumpeter Chet Baker and saxophonist Gerry Mulligan through a wide spectrum of music including avant-garde jazz, soul, funk, blues, fusion and even drum ’n’ bass.

For more information and the full festival program: www.bohemiajazzfestival.cz