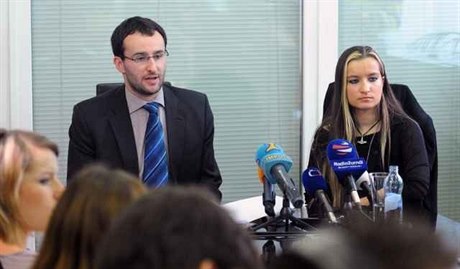 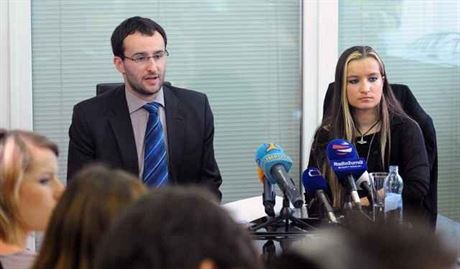 The Czech Bar Association (ČAK) board will meet next week to determine how to proceed in the case of Petr Kočí, an attorney representing a member of the far-right Workers' Social Justice Party (DSSS) who is reported to have attacked the impartiality and credibility of an expert witness due to his “Jewish origins,” prompting Constitutional Court chairman Pavel Rychetský to call for him to be disbarred.

If the ČAK board concludes that Kočí committed some wrongdoing, they could file a motion with the bar’s Audit Council to impose disciplinary proceedings; the council could also review the matter even if the board does not file a motion, as it has already received numerous complaints about the case from its members, ČAK spokesperson Iva Chaloupková said, as cited by the state news agency ČTK.

Kočí’s client Lucie Šlégrová, who is on trial before the District Court in Most, north Bohemia, had complained through her lawyer that Michal Mazel, an expert witness on extremism, had been biased when he concluded that statements she made to a public assembly in Litvínově constituted the promotion of anti-Semitism and Nazism.

The justification of the complaint — published online by activist Tomáš Pecina — argued that Mazel had a particular relationship to the case because of his Jewish ethnicity. The expert witness said he resigned this week in part because personal attacks on him by right-wing extremists were impairing his ability to function impartially.

For his part, Kočí said that in his view, people like Mazel (i.e. Jews) could not be impartial when evaluating right-wing extremism; the Most court rejected the argument that ethnic origin could bar someone performing the job of an expert witness.

‘A question of money’

However, the lawyer for DSSS activist Šlégrová also said Thursday that the main reason he had complained of Mazel’s bias was that the expert witness overcharged for his affidavits and is financially dependent on the police. ‘The more substantial section of the objection includes the opinion that the expert witness is financially dependent on a single client, the Police of the Czech Republic.’

“The more substantial section of the objection includes the opinion that the expert witness is financially dependent on a single client, the Police of the Czech Republic, and the compensation he is drawing from the state can be considered high and overpriced,” Kočí said, as cited by ČTK.

He gave the example of an affidavit for which he claims Mazel invoiced 690 hours of work for not quite 50 days and received more than Kč 300 000, and speculated that Mazel may have recently resigned as an expert witness to avoid further investigation into the matter.

Mazel said he would respond to Kočí’s statements today with legal action. “Those are foul lies and legal steps will be taken immediately against them,” the ČTK news agency quoted him as saying.

The expert witness said the invoiced 690 hours related to an analysis of CDs and materials from an investigation called “Operation Power” that the police needed urgently and that he spent 70 days on the material, working 10 hours or more per day. “The attorney [Kočí] knows that; I have already responded to him about it,” Mazel said.

ČAK secretary Ladislav Krym posted a message on the association’s website noting that attorneys do not always necessarily identify with the arguments they are duty bound to make while defending clients.

“While an attorney is legally bound by his client’s instructions, even on questions of procedure, he is not obliged to respect those instructions if they violate the law or professional regulations,” Krym said. Kočí told the Czech daily Lidové noviny (LN) earlier that he proceeded according to regulations and put his client’s interests ahead of his own.

Mazel was recognized as a leading judicial experts on extremism in the Czech Republic. He acted as a key witness for the Supreme Administrative Court in the case that led to the banning in 2010 of the Workers’ Party (DS) — the predecessor of the DSSS, which remains legally registered but has no seats in parliament.

His assessment was also central to the convictions of four young men who in April, 2009, threw Molotov cocktails into the home of a Romany family in Vítkovice, northeast Moravia, injuring three including a two-year-old girl who suffered serious burns on 80 percent of her body. The four received prison sentences of 20 to 22 years.

The far-right DSSS this week published a statement by its chairman, Tomáš Vandas — accompanied by a photo of Mazel’s “ostentatious house” that he said was “built at our expense” and a link to an entry in the Commercial Registry that includes the address — in which he said the former expert witness had “profited nicely” from persecuting “innocent people.”

“He earned hundreds of thousands of crowns in remuneration for giving his warped opinions, from an equally distorted state of mind. He’s now been forced to give up his lucrative position of expert witness ... He fears what the future may bring,” Vandas said, in what could be inferred to mean that Mazel has reason to be concerned for his safety as well as his livelihood.