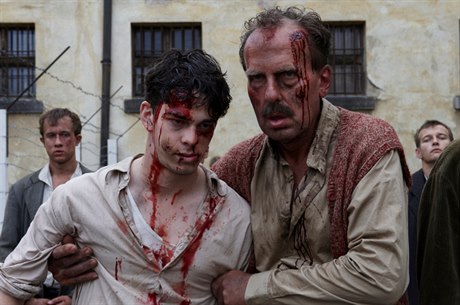 Men from the village were lined up to be executed foto: © Bioscop, Česká pozice 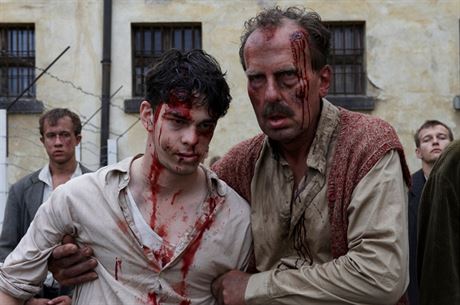 Prague’s FAMU (Film and TV School of the Academy of Performing Arts) has been named world’s seventh best film school and No. 1 in Europe by the US magazine The Hollywood Reporter in its annual ranking of the top 25.

“Created in 1946 when Prague was behind the Iron Curtain, it helped develop such iconoclastic filmmakers as Miloš Forman, Ivan Passer, Agnieszka Holland, Emir Kusturica and Jiří Menzel and served as a hub for student rebels during Czechoslovakia’s Velvet Revolution,” film critic Tim Appelo, who compiled the rankings, said of FAMU.

“With classes in Czech and English, its reputation is still strong enough that it draws many foreigners to its nine departments (ranging from still photography to documentaries to screenwriting), something helped by partnerships with NYU’s Tisch School of the Arts, American University and Yale, all of which offer study-abroad programs there.”

FAMU was acutally founded in 1947/1948, and is the world’s fifth-oldest film school after those in Moscow (1919), Berlin (1936), Rome (1935) and Paris (1939). Until 1948, the school’s home was on the fourth floor of the building at Havlíčkova street (no. 13, now no. 11); it then acquired its first spaces in so called Vančura building at Klimentská street no. 4, where until 1960 students had their theoretical (from 1950 also practical) instruction. In 1952, FAMU was given the former Jewish cinema — the Roxy at Dlouhá street no. 33 — where it sets up another film studio (from 1955). ‘FAMU had to overcome the resistance towards academically trained filmmakers on the part of the film professionals at Barrandov Studios’

From the beginning, the school shared the sites with the Film Institute, which, however, was disolved soon after (1949) by the new communist director of Czechoslovak State Film, Oldřich Macháček; many of its former staff then began teaching at FAMU.

During its early years, “FAMU had to overcome the resistance towards academically trained filmmakers on the part of the film professionals at Barrandov Studios, fought off an attempt at its closure, survived attempts by the AMU Action Committee to expell students (only two were really expelled) and teachers after the communist coup d’etat, and began to create a systematic form of education based on the experiences of Moscow’s VGIK,” writes Jan Bernard of the school’s history.

The 1960s are considered to be the film Czech school’s “golden age” while FAMU managed to retain a comparatively free atmosphere through also the politically repressive 1970s and 1980s, during which time many professors and graduates emigrated (perhaps most notably Forman).

“During the 1960s, the school graduates two to three generations of students thanks to whom FAMU becomes a name recognized throughout the world. During the subsequent thirty years, FAMU would become practically the only one source of film (and partially television) professionals in Czechoslovakia,” Bernard said. Following the Warsaw Pact invasion of Czechoslovakia in August 1968, the Communists pushed to have the curriculm focus on agitprop, but the “established system proved to be more resistent than they expected.”

FAMU is one of three faculties within the Academy of Performing Arts in Prague. The other schools are the Theater School (DAMU) and the Music School (HAMU). The Academy is led by the rector (president) and his vice-rectors. There are 112 professors and instructors. Currentlty, there are some 350 students in Bachelor’s, Master’s and PhD study programs there, including 80 international students, taking special study stays or courses.

“I believe deeply that in any film school, you can learn as much, or even more, from the fellow students as from the teachers. But in FAMU in the late 1960s and early ’70s, when I was studying, some of the teachers were great. My main instructor Karel Kachyna was indeed one of the most skilled directors of his generation. Jan Matějovský in the television directing department taught us how to be diplomatic with actors, crew and producers. I still use his very useful advice.” — FAMU graduate Agnieszka Holland