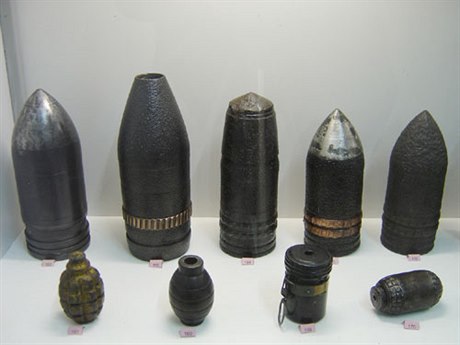 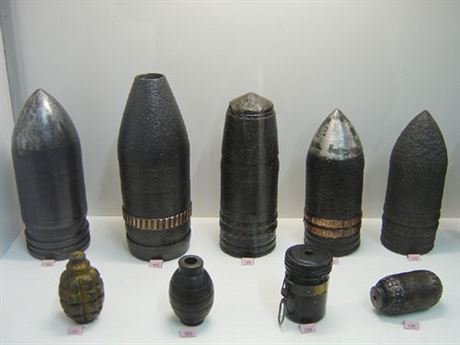 A collector of grenades, artillery shells and other munitions collectibles living on the outskirts of the West Bohemian city of Plzeň became a fatal victim of his bizarre passion.

Police were called Sunday to the home of the 33-year-old, described by public broadcaster Czech Television as a former soldier, following an explosion. They found the man dead after apparently trying to take to pieces a mortar from the collection he kept in his cellar.

People were evacuated from neighboring houses shaken by the blast, one of which is being investigated for structural damage.

‘If the first explosion had sparked others, the whole street would have gone up.’

Police said afterwards that they found dozens on explosive devices, ranging from artillery shells to grenades, mostly unexploded, in the house, which they described as a “arms warehouse.” “If the first explosion had sparked others, the whole street would have gone up,” the mayor of suburb of the city, Michal Chalupný, told media.

The incident was at first announced as a gas explosion before its true nature became clear. Most of the munitions appear to date from WWII. Explosive devices from that period are occasionally unearthed in the Czech Republic, the scene of the last fighting of WWII in Europe as Soviet and US forces cornered some of the remnants of the Nazi regime’s still battle worthy formations following the fall of Berlin.