Energy Regulation Authority (ERÚ) head says she is getting to grips with the solar boom’s legacy, and will make sure it’s not repeated 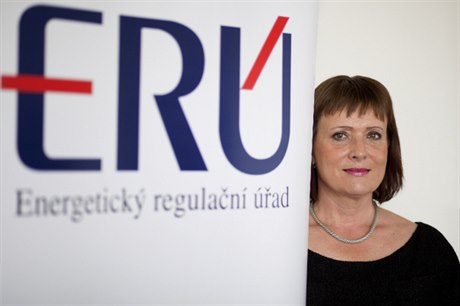 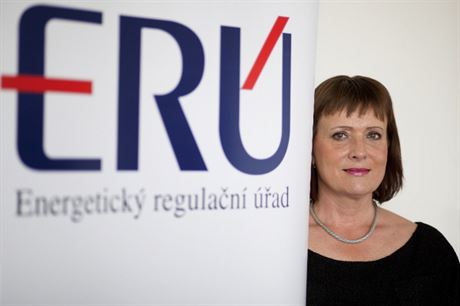 From almost the first minute of her term as head of the Energy Regulation Authority (ERÚ), Alena Vitásková has been getting to grips with the problematic surge of solar power plants and trying to ensure that a similar, expensive, boom is not repeated.  She has got her work cut out. In recent days, MPs have come up with a similar green projects that could have the same costly impact as the solar boom. That renewables project comes under the guise of a “green bonus for biomethane.”

According to Vitásková, this project has also been cleverly conceived. “I resolutely refuse to support energy sources that are a degeneration of development projects and which will spread waste everywhere. The Czech Republic will not just pay for this, it will also stink,” the ERÚ head warned in an interview with Czech Position.

Q: This summer after you took up your new post, you expressed yourself in vague terms with regards to renewable power. How has your opinion developed regarding this type of energy?

A: The issue is far from as simple as it might appear from first glance. Renewables are a whole series of problems, advantages and implications. I see the problem in the fact that a proper framework for supporting this type of power was not drawn up in a way that the rules would not be exploited to a certain extent by different interest groups.

I regard the issue of support for renewable as one of the most important tasks, and not just for the ERÚ. To meet the energy criteria of the European Commission, we are required to boost the energy mix from renewables to 13.5 percent by 2020. We must meet that target, which I regard as easy and have no doubts about that. But it is with regard to the support for renewable that I have some doubts, with regard to the way this target will be fulfilled and the financial impact on Czech consumers.

Q: Do you feel that renewable should be supported  or shouldn’t they get any financial support at all?

A: Renewables must get some financial support, but not on the scale that they become an extremely lucrative business for speculators.

Q: You are thinking here about the boom in solar power?

A: Of course, but not just that. Every type of support should be looked at from different angles. With regards to renewables, it is really important that this support does not degenerate into a burden on taxpayers and lucrative business for a few individuals.

Q: Sticking with solar power. What are the problems with this power? Why are police investigating some cases? Is there a specific  ERÚ investigation?

A: That is a lot of questions at once. But I can see that from all the renewables you are mostly interested in solar power.

Q: We can split the questions up. What are the basic problems of this power source?

A:  There are many problems, not just one. Firstly, the system of support was badly set up because it encouraged the development of solar farms with high output. These covered vast areas and ate up valuable agricultural land.

This had the result that in this area we met the targets of the National Action Plan (NAP) [for attaining the European Commission’s 2020 renewables goals]. These plants produced around 1,930 MWh, which is a lot more than was expected even for 2020. That’s the second problem.

Thirdly, this unstable power source with such output creates a clear problem for the distribution network. It follows logically, the network operator was simply not prepared for such levels of power production.

I could go on and on about the problems connected with this unpleasant inheritance.

Q: Could you say a bit more about some of the fundamental problems?

A: One of the biggest problems is the 350 licenses given out at the end of last year by the ERÚ. Many of these licenses were delivered at the last minute in December 2010, in the final instance in the last two weeks of last year.

‘The authority is preparing the selection tender for a company which will clarify the circumstances under which the purchase prices for solar produced electricity were set.’

Some suspicious circumstances are not only being investigated by the Czech Police, I myself have asked for an external audit with regard to this issue. The task has been given, after a tender, to the auditing company BDO. Experts from this company are looking into the system for giving out licenses by the ERÚ. I am also preparing a second audit. At the moment, the authority is preparing the selection tender for a company that will clarify the circumstances under which the purchase prices for solar produced electricity were set.

This whole sad chapter has created massive costs for purchasing electricity from solar facilities which totals an unbelievable 68 percent of the total costs of support for renewable power. On the other hand, production from solar facilities adds up to just 11.5 percent of the MWh power production from renewable sources. The expected costs of renewable power next year should be in the order of up to Kč 38 billion.

I regard this imbalance with regard to solar power as awful. And this inheritance will continue for the next 20 years with final consumers, not just businesses, but citizens, having to share in meeting the costs. What’s more, payments for renewable will rise every year because the NAP for energy production is just at around 8.0 percent when it must rise to 13.5 percent by 2020.

Q: Solar power companies don’t see things so badly, they have in fact launched several legal battles [against government measures to curb support]. Don’t you think that their demands are right?

A: I did not draw up the legislation in question. I can see today, though, how difficult it is to do something with regard to already prepared legislation which will have a fundamental effect on the future. As to whether their demands are right, no-one can really say until it comes to court. There is already a complaint lodged with the Constitutional Court about the withholding tax [introduced by the government on solar power profits] and with regard to other groups of legitimate or non-legitimate businessmen.

Why do I make such a distinction? Well, many businessmen, with a clear conscience, started on their lucrative investments but their solar power plants were not connected to the distribution network in time. In this way, they were deprived of  purchase prices [for electricity] on which their business model was based. Every day I deal with these sort of complaints, and I must say that it is quite sad to make decisions in these sort of conflicts.

Apparently, there also existed a group of entrepreneurs and speculators who wanted to exploit the situation. That means that they wanted to get connected to the grid by the end of 2010 and get the licenses that would allow them to benefit from the high power prices of 2010. Some of these cases are being investigated by the police.

Q: In Czech business circles it’s said that some, not just past, but current ERÚ employees have ownership stakes in different solar power projects. Do you know something about that?

A: I, unfortunately, have also received such information. It is very difficult, however, to prove that due to the fact that most of the owners of these projects are kept secret thanks to different offshore companies. Nonetheless, we are preparing measures in this respect which will mean that every ERÚ employee must sign a sworn declaration in which they give a clear explanation on this point.

‘Simply said, solar power has become a nightmare and not just for the ERÚ.’

Simply said, solar power has become a nightmare and not just for the ERÚ. I can only add this, that I will not allow any similar developments to take place, for example, in the area of biogas, where such a path is already being laid out.

Q: How can a sworn statement apply to people who no longer work at the ERÚ but were employed at the time of the solar boom, for example, to former ERÚ chairman Josef Fiřt?

A: I cannot get declarations from former employees. If it is the case that Josef Fiřt has a solar power plant from the time when he was chairman of the ERÚ and the office set such high purchase prices for such power sources other organs [of the administration] will be interested rather than me.

Q: What are you referring to specifically when you say, “Cleverly prepared steps with regard to biogas”?

A: In September this year with regard to the preparations for new legislation for support of renewable there was a speedy and unexpected change made before the third reading in the lower house of parliament. It related to biogas, specifically a proposal to support bio methane, from which you would, after processing, get biogas.

‘The Czech Republic will not just pay for this, it will also stink.’

I have devoted a lot of time to this problem working together with the Agrarian Chamber of the Czech Republic, and from that its has been possible to come up with a means of limiting the proposed impact of this change in the law. There would be a straightforward declaration that the ERÚ does not support this proposal and would not give any greater percentage support to this renewable than the average price of natural gas in the Czech Republic.

I support biogas units that process manure and are under the control of the Agrarian Chamber, and will create renewable resources and job opportunities in parts of the Czech Republic. On the other hand, I fundamentally refuse to support energy sources which are a degeneration of development projects and which will spread waste everywhere. The Czech Republic will not just pay for this, it will also stink.