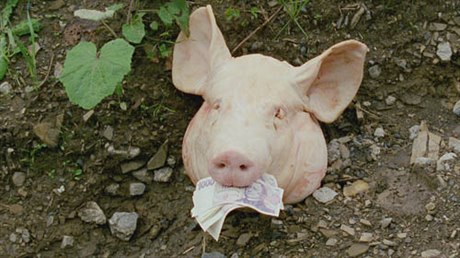 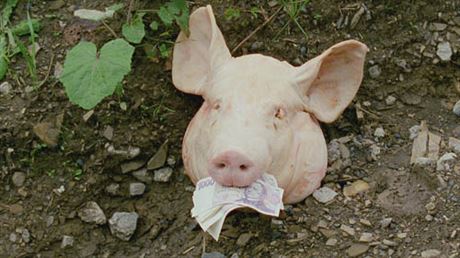 The latest documentary by Vít Klusák follows the impact of the construction of a Hyundai Motor Company plant on Nošovice, a small village in North Moravia that was previously best known for its sauerkraut. “All for the Good of the World and Nošovice!” examines the impact of the establishment of the massive automobile plant on the villagers and is the first Czech documentary to take a critical eye to an international corporation.

At 82 minutes, the film portrays how the South Korean company forced land buyouts from locals, the value to Nošovice residents of Kč 100,000 versus the pride of maintaining a family field, a work day consisting of 54.5 second-long operations at the assembly line, a secret Korean ritual and seven linden trees that survived the plant construction.

“Nošovice!” is not a radical departure in tone from Klusák’s previous documentaries —“Czech Dream” and “Czech Peace” — but represents his first time alone in the director’s chair: He had co-directed the earlier films with Filip Remunda, who this time served as the producer. They studied together at FAMU, the Film and TV School of the Academy of Performing Arts.

The duo’s first documentary, “Czech Dream” (a play on the “American Dream”) involved a controversial advertising campaign ahead of the opening of a nonexistent hypermarket. It got mixed reactions both from the media and certainly from the unwitting Czechs who went to the store’s “grand opening,” only to find a cloth facade in the middle of a field. However, the documentary won numerous awards abroad in 2005, including the JJ Star Award at the Jeonju International Film Festival in South Korea — an award that, ironically, almost shut Klusák off from filming at the Nošovice plant.

Following “Czech Dream,” Klusák and Remunda went on to film the heated debate over the planned construction of a US anti-missile radar station on Czech soil, at the former military base in the Brdy forest. “Czech Peace” premiered in March 2010, not long after the administration of US President Barack Obama had officially dropped the project.

Filming took three years and shows viewpoints of both sides of the camp including the meeting between then-President George Bush and Prime Minister Mirek Topolánek, protests from Jan Neoral, mayor of the village of Trokavec, and the establishment by pressure group Greenpeace of an independent state called Peaceland at the proposed spot of the radar base.

“Czech Peace” won praise from many critics and filmmakers including Michael Moore, who called it one of the best documentaries he had seen. Moore shot to fame with his own look at the auto industry in “Roger & Me” in 1989. “Nošovice!” has been nominated for a Czech Lion (Český lev) for Best Documentary and, at the Feb. 5 nominating ceremony, already received a prize from film critics and theoreticians for best documentary.

Unlike the subjects of both their previous films — the imaginary hypermarket or the never-to-be-built US radar base — the South Korean car plant in Nošovice is now a day-to-day reality to its residents.

Klusák says he became interested in the Hyundai story in 2005, after reading an article in the Czech weekly magazine Respekt that disclosed forced buyouts of fields from the locals and the practices the South Korean company used to bully them into selling.

He first brought his camera to Nošovice in 2006 and returned to the village two years later, when the plant had been already built and automobile production had begun. Despite the initial disagreement with filming, some Nošovice locals affected by the construction eventually agreed to tell their stories on camera.

“I cried all night sitting in my cellar,” says Josef Havlas, one of the last Nošovice villagers forced to sell land to make way for bulldozers while his neighbor welds a metal scarecrow out of old car parts, pins the life-threatening letter sent to him on its chest, and places it at the end of a road that once connected the village through the fields.

“They built the plant right in the middle of the village where the cabbage fields used to be,” Klusák said, adding it’s disconcerting how the villagers must now go all the way around the field to reach the Nošovice Town Hall, for example. Sauerkraut production still goes on in Nošovice, despite the cabbage fields now being several kilometers away from the village; scenes depicting women cultivating the vegetables with their supervisor provide a nice contrast to those shot inside the plant.

However, the gates of the kilometer-long building called “the silver UFO” by the locals due to its color — and sudden mysterious appearance — almost remained closed to the director. Just before the filming started, Hyundai Motor Manufacturing Czech spokesman Petr Vaněk called Klusák and told him that the management had withdrawn its previous permission to film anything on the Hyundai premises.

“Apparently, the management in Seoul must approve everything of this sort, and when they looked me up online and saw ‘Czech Dream’ had won at the Korean festival, they got cold feet,” Klusák said. The management later reluctantly agreed that Klusák could film a tour through the factory — organized by Vaněk — to show the factory’s friendly face.

The tour, however, turns out a bit differently than the management would have liked and is just one of the scenes in the film mocking Hyundai’s efforts to do “all for the good of the world” or to “build our common future” — slogans the company has readily at hand.

Filming inside the factory came to an end when the filmmakers were forced to leave the premises by the security while shooting a scene where one worker, Ondřej Frank, has to stand on his tiptoes to attach a rubber piece to every car at the assembly line.

True to his surname, Frank is the only one to openly speak about working conditions in the documentary — and was later fired. Klusák went to the media with the story, which resulted in a health and safety check by the authorities at the Nošovice plant and a fine of Kč 700,000 against Hyundai last year. “Conditions slightly improved after that, but I now hear everything is getting worse again and there might be another strike,” Klusák said.

That’s not quite the end of the story, though. There’s a surprise for the audience at the end of the ending credits worth waiting for, as the director broke a promise he made after finishing “Czech Dream” to never make an advertisement.