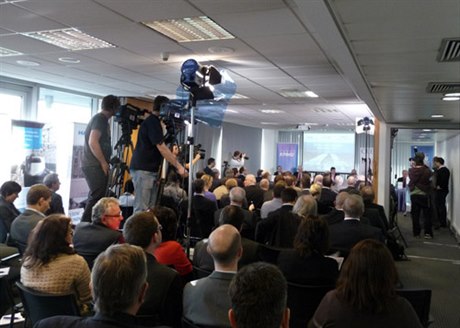 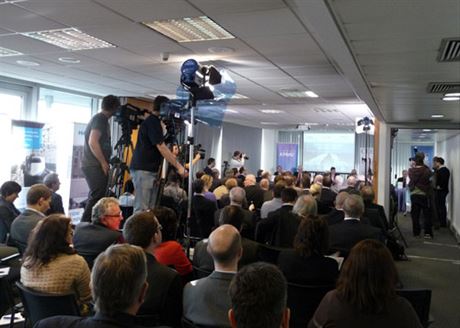 Czech construction company directors and government officials met this week to discuss the state of the industry in 2011 and beyond at the Meeting of Czech Construction Leaders 2011 . The continued lack of private and public demand has darkened industry prospects for the year, they agreed, noting that a sector transformation set to place is positive.

In his opening address to the conference, held at the Prague headquarters of consultancy KPMG on Jan. 18, Regional Development Minister Kamil Jankovský (Public Affairs, VV) promised that the red tape slowing up construction would be trimmed, saying that the new Building Act, to be submitted in the first half of this year, would provide a boost to the industry. But Deputy Minister of Transport Ivo Toman (Civic Democrats, ODS), later admitted that there are obstacles to be overcome on the public procurement side.

“It’s true that our available budget is definitely the smallest we’ve had over the last few years, although the maximum pressure to achieve efficiency doesn’t only mean cuts without any investment,” Toman said. “We are currently at the beginning of a longer process, so it might seem that we’re just making cuts now, but that’s not the case.”

Dissatisfaction with public procurement procedures remained strong though. “In the near future it’s especially in public procurement that chaos and stagnation can be expected in the whole decision making processes,” said Ondřej Chládek, director of strategy for Pardubice-based infrastructure construction firm Chládek a Tintěra.

These sentiments were echoed by František Vaculík, CEO of PSJ construction company, who said he doubts that over the next five years construction levels would return to pre-crisis levels, and that the industry faces significant changes over the next two years.

The numbers behind the discussion came from the Quarterly Analysis of Czech Construction 01/2011 report, prepared by CEEC Research in collaboration with KPMG Czech Republic and Ipsos, along with the support of a number of other companies. The findings were based on 100 interviews with the heads of Czech construction companies.

Although the outlook has improved slightly over the last report (October 2010), expectations are for the market to drop 5.5 percent year on year, compared with expectations of a 6.1 percent drop the previous quarter.99 percent of respondents pointed to the lack of domestic demand primarily as a result of low public sector spending

The main problem in the industry made for an easy consensus, as 99 percent of respondents pointed to the lack of domestic demand primarily as a result of low public sector spending. Another government response to this complaint came from Tomáš Čoček, deputy from the resource section at the State Fund for Transport Infrastructure (SFDI).

“We have to better prepare projects in advance to be able to make more use of co-financing projects from EU funds, but we can’t put it off,” Čoček said. “The next operational program will be launched in 2014, and we must be able to announce tenders already in 2013, meaning that planning must begin in less than a year, so that the projects are well-prepared and can be succesful.”