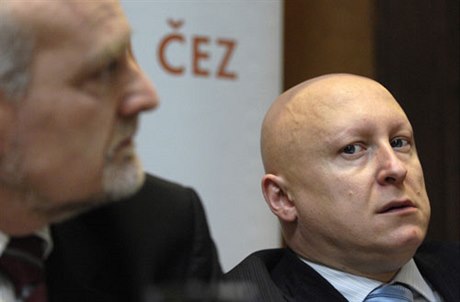 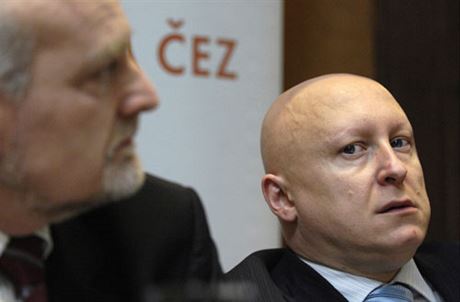 Czech Coal is in talks with electricity operator ČEPS to clear the way for the brown coal miner to build a new Kč 30 billion coal-fired plant in Northwestern Bohemia with a capacity of more than 1,300 MW — but first needs guarantees that it can have access to high-voltage lines, possibly including capacity now in use by ČEZ, the state-controlled power utility, at its Počerady plant.

ČEPS communications director Zuzana Dvořáková confirmed on Wednesday that Czech Coal has filed a request to connect a new coal-fired power plant of up to 1,320 MW to the transmission system in Northwestern Bohemia, but noted that the regional grid is under strain due to both local and foreign demand.

“ČEPS has cautioned Czech Coal as regards their request that the transmission capacity of the grid in Northwestern Bohemia is considerably limited due to the connection of other planned resources (with a number of applications already processed) and the influence of parallel flows from abroad,” Dvořáková told Czech Position.

Before ČEPS can “issue an opinion” on the application, she said, by law it must first evaluate the impact of connecting new sources to the grid, in part based on a working study carried out by Czech Coal itself.

“ČEPS has requested Czech Coal to draft and present a connectivity study […] which should determine the point of connectivity of the new source in the grid and suggest any necessary strengthening of the transmission network, in order to ensure that the power output of the source meets required levels for safety and reliability,” Dvořáková said.

Czech Coal Group chief executive Luboš Pavlas told Platts last week on the sidelines of a Prague conference sponsored by the publishing group, which focuses on energy and metals, that the proposed new plant would comprise either two blocks of over 500 MW or three of around 300 MW and cost up to Kč 30 billion to construct; it could come online within 10 years. With a projected energy efficiency rating of more than 50 percent, securing an Environmental Impact Assessment (EIA) should not be a problem, Pavlas said.

Czech Coal communications manager Gabriela Sáričková Benešová told Czech Position that the group would not comment on specifics of the proposed project. “We confirm that we are considering a modern thermal power plant project in Northern Bohemia, which we would carry out either alone or with a partner,” she said. “Preparations for the project include meeting with ČEPS about conditions. As to the the capacity, cost, potential partners or other details, it would be premature [to comment]. ”

The group has a dominant position on the Czech brown coal market, producing roughly a third of all the country’s lignite. On Dec. 15, billionaire entrepreneur Pavel Tykač, who up until then owned 50 percent of the company, bought out co-owners Petr Pudil and Vasil Bobela for Kč 10.3 billion, through the investment vehicle Indoverse. Czech Coal has accused ČEZ and EPH of thwarting its ambitions to develop its own power generation capacity by hogging the grid.

Czech Coal has in the past accused ČEZ and Energetický a Prúmyslový Holding (EPH) of thwarting its ambitions to develop its own power generation capacity in Northwestern Bohemia, in part by blocking access or expansion of the regional grid’s capacity. With EPH and ČEZ’s contracts for supplies from Czech Coal set to expire in the next few years, Tykač’s mining company is looking to significantly increase its prices due to reduced extraction from its mines in Most and Sokolov.

Last autumn, it looked as if Czech Coal and ČEZ — despite ongoing legal battles over long-term deliveries — would agree to burn coal jointly at ČEZ’s Počerady power station. According to the tentative arrangement, Czech Coal was to have supplied coal for free and ČEZ was to reciprocate by taking on the full costs of running the power station: Both companies were to have split the revenues from electricity sales roughly evenly.

State-controlled ČEZ, listed in Prague and Warsaw, is Central Europe’s largest company in terms of market capitalization. Pavlas worked in the ČEZ Group for the five years before being named Czech Coal’s CEO, including three years as ČEZ Bulgaria CEO and ČEZ Group Country Manager for Bulgaria; before that he worked as the ČEZ Group’s regulation specialist in Romania. Prior to joining ČEZ, he was Pražská teplárenská’s chairman and CEO.

EPH is a long-term strategic investor in the energy sector and a major investor in industry; its business lines include the production of electricity and heat and its distribution and sale to final customers. EPH is 40 percent held by the PPF Group and PPF Partners (combined); 40 percent held by Czech-Slovak equity group J&T through private equity structures; and 20 percent held by Daniel Křetínský (who is responsible for the management of the group).