ČNB governor says this crisis shouldn’t be worse for Czechs than that of 2008, due to readiness, resistant financial sector, the crown 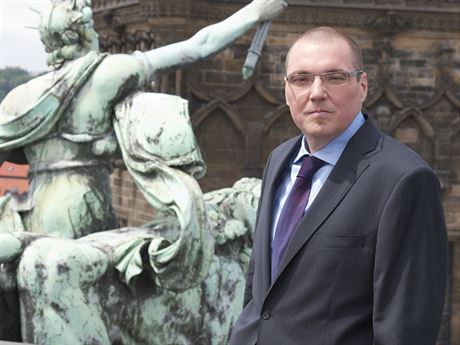 A shock-resistant financial sector and the sovereign Czech currency could help to soften the impact of a deeper debt crisis in Europe, Czech National Bank (ČNB) governor Miroslav Singer said on Friday at a conference dedicated to the state of the Czech economy. In his view, the current crisis should not have worse impact on the Czech economy than the crisis in 2008 because financial institutions and state budgetary organs are better prepared, Singer said.

“The collapse of Lehman Brothers was a shock for most of the market. By contrast, there has been talk of a crisis for several months now and various scenarios of gravity are being forecasted. This means that a crisis should not come as a surprise, and this gives hope that its consequences could be less severe,” Singerv said at the conference titled Czech and the World Economy after the Global Crisis held at the ČNB’s headquarters in Prague.

Singer added that thanks to the relative level of readiness and planning compared to 2008, there is not a danger of the effects of a crisis causing a knock-on effect from the financial sector to the real economy and the budget. He said the sovereign Czech currency is also an advantage. “The weakening of the crown in recent weeks could certainly help the price competitiveness of Czech exporters,” Singer said.

In its latest economic outlook published at the beginning of November, the ČNB revised its growth forecast for the Czech economy in 2012 down to 1.2% from the previous prognosis of 2.2%. However, at the same time the bank published an alternative scenario based on almost zero growth in the eurozone and a slow strengthening of the crown, in which case the domestic economy could contract by 0.4%. The ČNB says it now considers this forecast to be more probable.