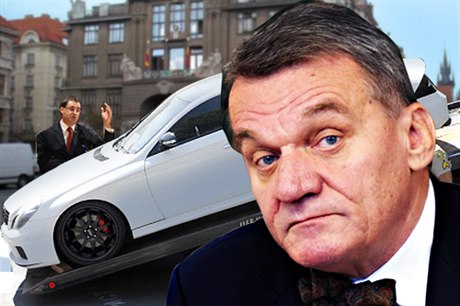 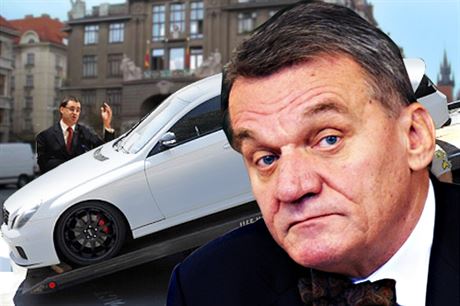 Prague City Hall is moving to curb the influence of opaque Czech financial group Natland in one of its most significant municipal firms, waste company Pražské služby, unless it comes clean on who is really behind its minority stake in the firm.
The council’s executive committee decided on Tuesday to call an extraordinary meeting of the waste company for Thursday with the aim of replacing key members of Pražské služby’s supervisory board.

Targets of the changes being pushed by Prague mayor Bohuslav Svoboda (ODS) and his new coalition ally running the town hall, TOP 09, are said to be Natland Group’s head Tomáš Raška as well as three Civic Democrats and two Social Democrat (ČSSD) board members. They should be supplanted by three TOP 09 representatives and three new ODS nominees, according to information from highly placed political sources communicated to Czech Position.

Those set for the chop from the ranks of the ODS include current board deputy chairman Boris Šťastný, a Prague party rival of mayor Svoboda and former head of its Prague party branch. The ČSSD members whose Pražské služby mandates are set to be curtailed are current board chairman Miroslav Poche and František Adámek. TOP 09 politicians likely to fill some of the vacant posts are deputy mayor Pavel Richter and Prague party member Milan Effenberk Růžička.

The Prague mayor is giving Natland, which has an 18.85 percent stake in Pražské služby, a chance to hold onto its board post and say in the running of the company — but only on condition that it finally comes clean about the real owners of the acquisitive group.

According to information received by Czech Position, the mayor is demanding a notarized breakdown of those benefitting from the minority shareholder’s stake in the municipal waste company before there can be any question of a board position being maintained. A battle over a lucrative long-term waste contract for Prague was thought to have been one of the factors contributing to the dramatic switch in Prague City Council’s ruling coalition at the end of 2011.

Svoboda has made repeated demands over recent months for Natland to openly declare the real owners of the stake in the Prague municipal waste company amid suspicions that they are some of the behind the scenes “godfathers” (i.e. the controversial lobbyists and businessmen Roman Janoušek and Tomáš Hrdlička) believed to have close links to sections of the Prague ODS. In spite of his persistence, the mayor has met with no success from his transparency drive.

Natland Group spokesman Rostislav Starý told Wednesday’s edition of the business daily Hospodářské noviny that it would regard the removal of its board member from Pražské služby as “extremely non-standard,” adding that the group would take steps to protect its interests.

Natland  bought its 18.85 percent stake in the municipal waste company last June. Ownership is held through Cyprus-based company Soranus Limited, which in spring last year was in turn owned by a London-based share company Nettrubino Limited.  Secrecy still reigns today over the ownership of this company in spite of Svoboda’s demands that Natland come clean.

Changes in the management of the municipal waste company are expected to follow hard on the heels of the overhaul in board membership. Pražské služby has long been managed by Patrik Roman, the brother of the former CEO of Czech electricity giant ČEZ Martin Roman, who remains the chairman of the state-controlled power company’s  supervisory board despite calls for him to step down over accusations that he maintained links with his former employer, engineering group  Škoda Plzeň after he took up his new post.

The waste company, which is also involved in the sorting, recycling and sale of collected rubbish and incineration of waste for power generation, posted a profit of Kč 75.8 million for the first half of 2011, almost 40 percent down year on year. Pražské služby said it earned dramatically less from its contract to maintain roads during the winter but revenues from removal and recycling of waste and power generation were higher.

Turbulence in the ownership of Pražské služby started in October 2010 when influential Czech financial group PPF sold its minority stake to Soranus Limited. It took a long time for Prague City Hall’s  leadership  to be convinced that this was not in fact some internal transaction within the PPF group under which the Czech Republic’s richest man, Petr Kellner, who controls the PPF Group. The group’s spokesman, Alexej Bechtin, eventually provided Czech Position with a categorical denial that this was the case. “Soranus Limited is not part of the PPF Group, and neither is it part of the private equity fund PPF Partners,” he said.

But Prague City Hall was apparently not that concerned in identifying the owners of a minority stake in its waste company, whose assets include Prague’s waste incineration unit at Malešice, in 2010 and the early part of 2011. Mayor Svoboda stated to wake up to the issue of Soranus ownership when Czech Position stated to ask questions about the secret shareholder last year.

A breakthrough of sorts occurred in June when Natland Group bought Soranus’ stake in the waste company with the Cyprus company continuing to hold the minority stake. The deal was finalized after being cleared by Natland Group’s regulator, the company organs and PPF banks, which were continuing to finance part of the original purchase of shares. The cost of the transaction was not revealed at the time by Natland, with the company also refusing to declare from whom it bought Soranus Limited.