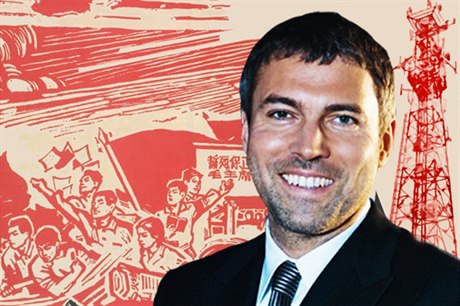 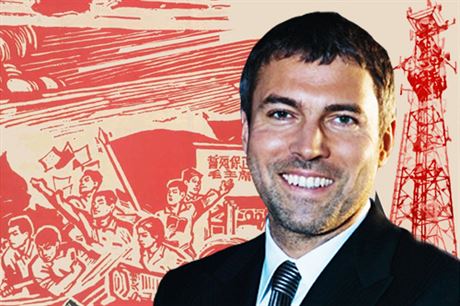 The Czech Republic would stand alone in the European Union if a Chinese mobile phone operator were to win a license to operate in the country and the scenario is far from fiction.

Rumors that the path for a Chinese company to become the country’s fourth mobile operator with the apparent help of Czech billionaire Petr Kellner and his PPF empire are circulating quite openly behind closed doors. PPF has in the past made no secret that the offer of mutual support for its ambitions in China in return for helping a Chinese company ambitions in the Czech Republic are part of its larger plans and strategy.

The Czech Republic could soon be shown to be a Trojan Horse for Chinese telecom companies’ European ambitions. So far, the Chinese have not become an operator in any EU country, but Czech plans for a new auction of capacity and Petr Kellner, the majority owner of the PPF group, is on hand to help Chinese ambitions along.

There is no official confirmation of Chinese interest in entering the Czech mobile phone market. But according to Czech Position’s sources, that interest is far from being hidden behind closed doors is openly on show to those following the preparations for the new entrant.

The auction is still at the preliminary stages. Even so, PPF is aggressively pushing for changes to the auction conditions for mobile waveband against opposition from the incumbent telecom companies who are warning against any excessive support for a fourth operator.

Deadlines for comments on the auction of free wavelength capacity being prepared by the Czech Telecommunications Office (ČTÚ) closed on May 11. The target of the auction is to pave the way for a new generation of fast Internet broadband services and a fourth mobile phone operator that could take on the incumbents who are frequently charged with operating a cartel charging Czechs some of the highest mobile phone tariffs in Europe.

The auction could also bring some much needed cash into Czech state coffers, with the starting price for a single block of wavelength coming up for auction being more than Kč 9 billion.

The ČTÚ is offering three wavelength frequencies: 800, 1800 and 2600 MHz. The key one for developing a high-speed broadband Internet site coving most of the Czech population is the 800 MHz frequency. The starting price for one of the six blocks on offer is Kč 1.1 billion. The conditions also set down the demand for existing telecom operators to make a wholesale connection offer for national roaming, which would allow it to roll out its own GSM phone service offer based on the already existing infrastructure.

A total of 29 comments were submitted to the ČTÚ by the deadline. These included comments from the existing big three operators on the Czech market (Telefónica O2, T-Mobile and Vodafone), who are widely expected to take part in the auction and the only other interested party who could have a real chance of building up a fourth operator to rival them, PPF.

PPF’s approach displayed its typical aggression in such circumstances. Not only did the company call for a complete overhaul of the auctions conditions, it also dispatched a letter to the Minister of Industry and Trade Martin Kuba (Civic Democrat, ODS), under whose competence the ČTÚ comes. According to the Czech daily Mladá fronta Dnes, the letter to Kuba from PPF’s investment director Martin Štefunko and former telecoms and informatics minister and Kellner’s communications manager Vladimír Mlynář confirmed the group’s “serious interest” in entering the mobile phone market and called for the most open possible conditions for a fourth operator.

In brief, the letter called for two of the six key blocks of 800 MHz wavelength to be set aside for the new operator and, what’s more, for the starting price for those blocks to be cut to Kč 600 million for the new entrant but remain at Kč 1.1 billion for the existing operators . PPF is also seeking even more favorable conditions for so-called national roaming for the newcomer in a bid to squeeze its start-up costs.

The existing operators have, not surprisingly, objected loudly to what they warn could be disguised state support to the new operator and unfair discrimination against themselves. So far, the ČTÚ has stuck to a line opposing any concessions or special treatment regarding the starting prices for the auction in spite of minister Kuba’s expectations that the office “arranges the condition in such a way to make the entry of a new player as easy as possible.”

PPF’s pressure is unlikely to leave it empty handed coming as it does on a wave of pressure for a better deal for Czechs from the existing telecom companies and the apparent failings of the state watchdog to deliver better conditions. Maximum demands appear to have been set so that any compromise will still meet most of its expectations.

The real question though is for whom PPF is exerting the pressure? While PPF appears well placed to team up with Chinese operators, the company is not confirming as much. When put on the spot, spokesman Radek Stavěl replied: “The question of our participation is premature because the conditions are not yet known. In spite of that, PPF is strong enough to be able to take part in whatever tender in the Czech Republic on its own if there was economic sense in doing so.”

The only hitch for that sort of boast is that participation in types of auctions hitherto held requires the presence of a telecommunications operator and PPF at the moment does not quality as such or have such a company in its possession. According to experts sounded out by Czech Position, such a condition is fairly standard for such procedures and there is no reason for which it should be dropped now.

PPF has already inked reciprocal deals with big Chinese companies before. In 2005 it sealed an historical deal with Changhong Electric, promising to pave the way for the Chinese company to set up a factory in the Czech Republic and get access to the European market while Changhong promised to help PPF create a consumer loans company in China with the Czech company as majority owner.

Among the Chinese companies most often earmarked as the likeliest partner for PPF is the world’s biggest mobile operator, China Mobile. Other companies such as ZTE and Huawei, both already present on the Czech market, are talked about as technology providers for the roll out of the network. French, Russian, Vietnamese and Arab interest in the Czech auction has also been speculated about.

In spite of the rumors, real interest has yet emerge. Part of the problem for the relatively small Czech telecoms market is that similar frequency auctions following the switch from analog to digital tv broadcasting are also taking place.

According to Czech Position’s information, Czech energy company KKCG of Czech billionaire Karel Komárek and other large financial groups in the country sounded out by the telecoms regulator have not taken up on its invite to join the fray. Neither has Industry and Trade Minister Kuba has not been able to arouse the interest of French operator Orange. Meanwhile the existing telecoms companies already on the ground are warning that they could limit their future Czech investments if a fourth operator arrives.

Martin Kuba | PPF | Petr Kellner | Telefónica O2 | T-Mobile | Vodafone | Huawei
Vstoupit do diskuse (1)
Registrace: smskou dopisem
Akita Inu To most Czechs, this is irrelevant Whomever the new entrant might be, even... 14:18 28.5.2012