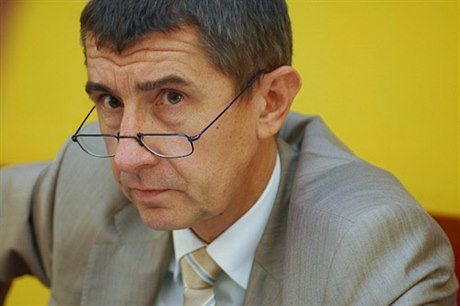 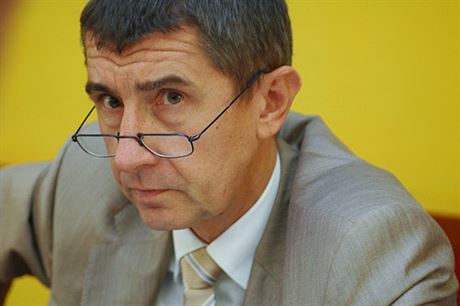 Agrofert holding owner Andrej Babiš, who ranks among the richest Czech citizens, claims that corruption in Czech Republic has exceeded all bearable limits. In an interview with business daily Hospodářské noviny, he says the problem has got considerably worse since 2006. Babiš says the country lacks a moral authority with President Klaus ignoring the problem and even his own entourage corrupt.

In the extensive interview published in Monday’s Hospodářské noviny, Babiš says that while corruption exists in Western Europe and older developed democracies, the Czech Republic is the most corrupt country in Central Europe:       ‘I believe in a new civic forum as a civic initiative built from the grass roots up. I would support it’

“I think there [in Western Europe] the police, public prosecutors and judges are not involved in corruption like they are in our country. There, when journalists discover signals of corruption involving a politician, the politician is finished. In our country, [the counter espionage and intelligence agency] BIS reports on ties between politics, business and the judiciary and nothing happens,” Babiš says.

The businessman of Slovak origin claims corruption breached “the bearable limits” in 2006:    “Around about when [former Prague mayor] Pavel Bém (Civic Democrats, ODS) and his friend [businessman and lobbyist] Mr. [Roman] Janoušek entered the Prague city administration, and also when [former prime minister Mirek] Topolánek (ODS) came to power along with [lobbyist] Marek Dalík and [former transport minister] Aleš Řebíček (ODS). Since their time in power, the transport and environment ministries and also the state-controlled [energy] firm ČEZ under the leadership of Martin Roman are, along with the Prague city administration, considered to be the most-tunneled entities,” Babiš said.

Babiš says these figures and their associates went about concentrating decision-making powers over the allocation of public funds in their hands and gained “criminal protection” for their corrupt practices.

In the interview Babiš denies that his sympathies lay with the main opposition center-left Social Democrats (ČSSD). Further, he says the scandals surrounding the newcomer to the Czech political scene, Public Affairs (VV) — the smallest of the three parties in the ruling coalition, which first entered parliament in 2010 presenting itself as a force to fight corruption — have destroyed the chances of any new anti-corruption party to emerge. The boss of Agrofert warns that the on-going eco-tender is essentially a scam to embezzle billions of crowns from the state

Further, Babiš says the Czech Republic lacks a moral authority and that President Václav Klaus is indifferent to corruption. “While Mr. President claims there’s no corruption in our country, I, on the country, claim that corruption here has developed over twenty years and its now in the closest vicinity to President Klaus. From the very beginning a few dozen suspicious ‘chosen ones’ have surrounded him. Everyone’s gotten used to the system of chosen ones around influential politicians; it’s been built over 20 years, and it’s not normal, but everyone accepts it as normal. ... I know the president doesn’t differentiate between clean and dirty money.”

Babiš, whose business empire includes biofuels producer Preol, claims that when it became clear that Klaus would veto a new law on biofuels in 2010, he was approached by men who said that for a fee they could arrange for the president to sign the bill.

The Agrofert boss also warns that the ongoing controversial eco-tender is essentially a scam to embezzle billions of crowns from the state: “Journalists are now arguing over whether it was thought up by [Finance Minister Miroslav] Kalousek (TOP 09) or Topolánek. However, according to information from business circles, the clique connected to the owners of Škoda Plzeň thought it up. The same people that Kalousek told the press had stolen Kč 2 billion to 3 billion of the grants allocated for the clean-up of the Plzeň works.”

He points out that the companies Geosan and Marius Pedersen won the tender to clear up the environmental pollution around the Škoda Plzeň works and the same companies have placed bids for the multi-billion crown eco-tender. Babiš cites information from the Czech version of WikiLeaks that he says indicates that the companies which have placed bids are connected — and that the same people will profit irrespective of which company wins the contract.

Asked why more people don’t speak out about corruption, Babiš says people who want to do so are afraid: “It’s not even straight forward to speak openly about corruption in the newspapers. It can be punished. Since in the Czech Republic it’s possible to order the closure of an investigation, it’s sure that it’s also possible to initiate a scandal and order an investigation.”