Hard-to-find beers from small brewers will be big draws at the fourth Czech Beer Festival, which expects half its visitors from abroad 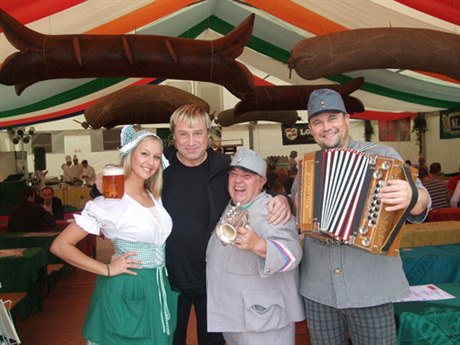 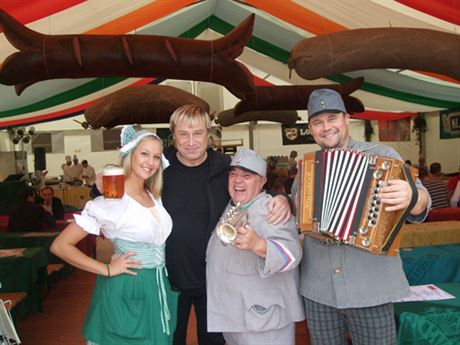 With the emphasis very much on small breweries, over 100 different beers from around the country will be available at the 17-day event on the outskirts of the capital. The fourth edition of the Czech Beer Festival, the largest event of its kind in the country that gave the world Pilsner-style lager, gets underway in Letňany on the outskirts of Prague on Thursday, May 12.

The 17-day celebration of pivo has grown considerably since its inception. “We are expecting around 180,000 visitors this year,” festival director Jan Hübner told Czech Position. “We started in 2008 with 19,000, so you can see the progress.”

Given the Czech Republic’s close association with the amber nectar, and the millions of tourists who come to Prague annually, it would seem unlikely that the city could have been without a major festival of this kind until just four years ago. “It’s incredible that nobody in the beer community thought of something like that before,” says Max Bahnson, a Prague-based Argentinean who blogs about Czech beer under the pseudonym Pivní Filosof (Beer Philosopher). “It’s a great business idea.”

One contributing factor to its success seems to have been a move — driven by visitor demand — to ditch the market-dominating, mass-produced brews that were available initially and put the focus on small and craft producers instead. “All visitors are interested in small regional breweries,” Hübner says , “not the big brands.”

This year’s festival will see the broadest variety yet, with between 100 and 120 different beers from around three dozen brewers lined up. Repeat visits may prove worthwhile, as options will vary throughout the festival, with between 60 and 80 brews on sale at any one time.

To pay you need to load up on tokens called tolars at kiosks in any of the festival’s large marquees. They cost Kč 44 each, the minimum you can buy is five, and one will get you a fresh half-liter (Bahnson says some serious beer aficionados would also like the option of smaller glasses). There is no admission fee.

Scores of female servers dressed in classic German-style dirndls bring to mind Munich’s Oktoberfest, which attracts millions of visitors to the Bavarian city every fall. Bahnson says in terms of atmosphere, nothing can possibly compare to the German bier extravaganza. But in some ways its smaller Prague equivalent has more to offer.

“At least you have more variety to choose from [at the Czech Beer Festival]. At Oktoberfest you can only have one-liter glasses of just six or seven beers that are basically the same,” the beer blogger told Czech Position.

“Here you can have dark beers, wheat beers. … Now in the last two editions, with the increasing emphasis on microbreweries and beer tastings and that kind of thing, they are trying to cater also to the beer geek audience.”

While a large percentage of visitors are made up of groups from local companies, many of the dedicated beer nuts who attend the Czech Beer Festival are traveling increasingly long distances to do so. In fact, organizers say tourists are likely to make up a full 50 percent of this year’s visitors, with most coming from Russia, the US and Germany.

The interest of some of the latter may have been sparked by a smaller version of the Czech Beer Festival held in Frankfurt last year – the fest’s first venture beyond the country’s borders. The Frankfurt event will be repeated in September, Berlin will get its first edition in June, and it will debut in Moscow in August. Next year the festival will also make its first forays into the US, with events in Chicago and New York.

One might hope those cities will offer more appealing venues than the PVA trade fair grounds in Letňany, a rather grim spot at the end of Prague’s C metro line. “It’s very far out from the center – it hurts the atmosphere,” says Bahnson, who concedes that the organizers would be hard pressed to find a more suitable temporary location.

The Czech Beer Festival’s tag-line is “the largest gastronomical event of the year 2011” and visitors can expect a range of foods, from your classic klobasa sausage to fare the organizers insist is just as good as at an upscale restaurant in the city. Forty to 45 percent of the festival’s takings are for meals, says Hübner.

The director and his colleagues are keeping a very close eye on meteorological forecasts, after two years when rain and low temperatures dampened their profits considerably. Having experienced it both in early evening sunshine and in the cold and rain, my advice would be that potential visitors also pay heed to the weather.

Beer philosopher Max Bahnson offers another tip: Don’t go on your own. “Given the size of the place, it’s much nicer if you go there with a group of friends,” says the blogger, adding that it is aimed more at the general drinker than “beer geeks” like him. “It’s an event for people who like to sit around and have many beers in a nice atmosphere.”