Czech avant-garde gets major US showcase

A seminal chapter in Czech avant-garde art is gaining significant exposure in an exhibition at the Museum of Fine Arts, Houston 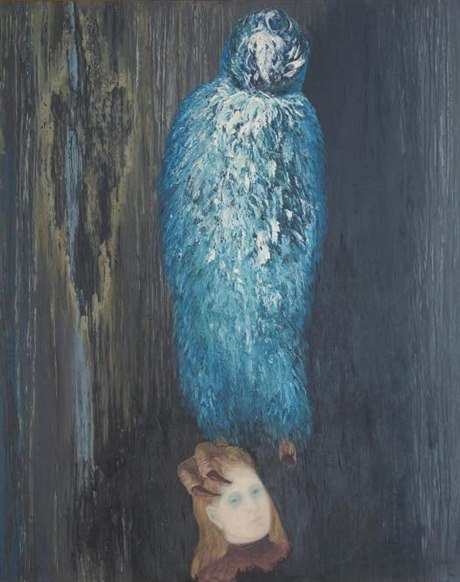 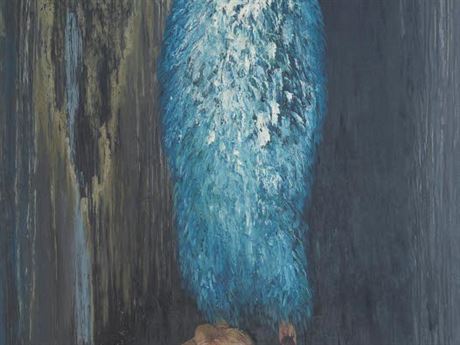 New Formations: Czech Avant-Garde Art and Modern Glass is showing works from the private collection of the Roy and Mary Cullen, private collectors whose commitment to Czech avant-garde art came about through the influence of the Museum of Fine Arts, Houston (MFAH) seminal 1989 Czech Modernism exhibition and the couples’ subsequent trip to Prague, where they witnessed the Velvet Revolution with their own eyes.

The political turmoil of the 20th century and cultural isolation of the communist Eastern Bloc have led to an imbalance in art history where the contributions of Central and Eastern European artists have long been relegated to a second rung below their Western compatriots. Everyone knows about Picasso, Modigliani and Paul Klee, but Czech names such as Toyen, Karel Teige and Jindrich Štyrský are still new to many international art lovers.

There are signs that this is beginning to change. The Sotheby’s auction of the Hascoe Family Collection of Czech art in June 2011 far exceeded expectations of sales, raising the profile and interest in the top Czech modernists such as František Kupka as well as channeling collectors’ interest toward previously lesser-known artists and schools of Czech art.

Now the MFAH is bringing an even broader picture of Czech art both to scholars and the public, presenting over 150 works, including the Czech surrealism, rare artists’ books and avant-garde periodicals, as well as Bohemian glass.

“I think the story is beginning to be more and more known,” MFAH curator of contemporary art Alison de Lima Greene told Czech Position. She also cited the role of private collectors such as the Cullens and Meda Mládková in furthering the prominence of Czech art.

The connection between MFAH and Czech art goes as far back as 1932, when a protégé of the avant-garde photographer František Drtikol that had settled in Texas organized an exhibition of Drtikol’s works. It was not until the late ’70s that an interest in the by then obscure Czech modernist photography was rekindled and the museum began assembling a collection of prints by photographers such as Jaromír Funke, Jaroslav Rössler, and Josef Sudek.

This eventually led to the Czech Modernism: 1900–1945 exhibition, which opened in October 1989 and in which De Lima Greene also participated in. It was the combination of seeing this exhibition and the occasion of visiting their son on assignment with the US State Department in Vienna that led to Roy and Mary Cullens trip to Prague the following month on the verge of the Velvet Revolution.

According to De Lima Greene, the Cullens were invited to Prague by Houston-based Czech émigré Miles Glaser, who went on to introduce them to Václav Havel, on the verge of becoming Czechoslovak President, as well as then US Ambassador, Shirley Temple Black.

“They were so moved watching the crowds,” De Lima Greene said, adding that they returned in 1991 to see how things had changed. It was on a subsequent trip after a visit to the recently opened Museum of Modern Art at Veletržní palácthat Mary Cullen bought her first Czech art work, a pastel and crayon by František Kupka.

“From there she began looking for work to acquire in the Czech Republic, Paris, Chicago, even in Latin America,”De Lima Greene said.

With the base of the 1989 exhibition, the current show adds an emphasis on lesser known movements such as the Devětsil Artistic Association (1920 – 1931), who were a uniting force of the early post World War I Czech avant-garde. The movement published a number of magazines and manifestoes and the exhibition opens with some of its publications.

“Each section of the exhibition catalogue reproduces manifestoes and otherwise inaccessible texts to non-Czech speakers,” De Lima Greene said, adding that besides the pre-1989 political isolation there was another factor that kept Czech modern art from getting all the exposure it warrants. “I think the Czech language is a pretty effective barrier.”

The major figures in the movement were graphic artist, photographer, and typographer Karel Teige, writer Vítězslav Nezval, Toyen (born Marie Čermínová) and Jindřich Štyrský. De Lima Greene says that the movement took on an even broader reach with the rapprochement between Czech Surrealism and the leader of French Surrealism, Andre Breton. Both Toyen and Jindřich Štyrský spent a significant amount of time living and working in France, though all the group had a close relation with the then capital of modern art.

The glass collection is another aspect that is expanded in the new exhibition, with  earlier examples of work from before 1910 included. Just seeing the glass exhibited side by side with avant-garde painting and periodicals offers a fresh perspective on the context in which these two usually separated areas of art.