The Conference of the Birds, an exquisite new book by writer and illustrator Peter Sís, offers his take on an ancient Persian legend 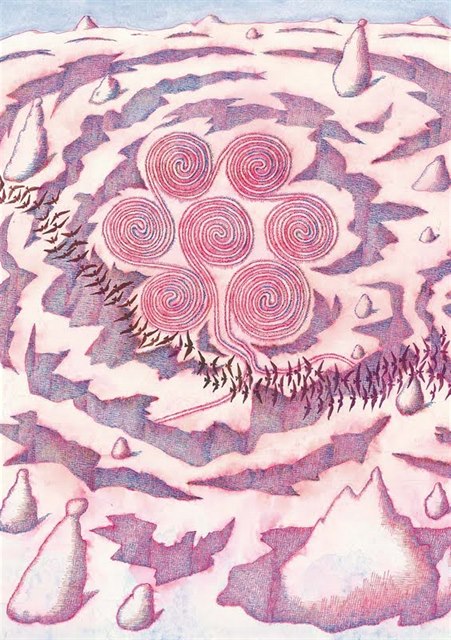 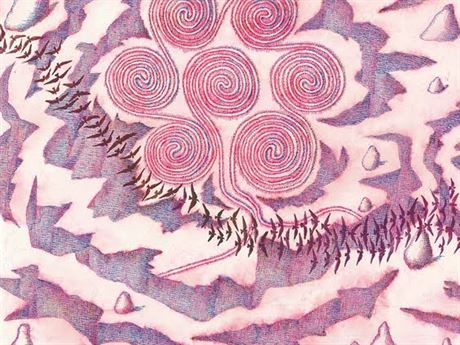 The award-winning New York-based children’s writer and illustrator Peter Sís has covered some unusual ground in his books, from the discoveries of Galileo (in Starry Messenger) to his own boyhood in Communist Czechoslovakia (The Wall). His latest, The Conference of the Birds, is no exception, taking as its starting point a 12th century Sufi poem of the same title.

Sís is quick to point out that the lavishly illustrated book is by no means intended as a definitive rendering of Persian poet Farid ud-Din Attar’s 4,500-line epic. “It is inspired by it,” the Brno-born artist told Czech Position from the United States, where he is currently on a promotional tour. “But it is my telling of the ancient story that actually existed before Sufis, and before Attar.”

The myth sees the birds of the world gather to decide who ought to be their king. The wisest of them, the hoopoe, suggests they set out on a long journey to find the legendary Simorgh, in an allegory of the quest for God. The other birds, meanwhile, represent various human failings, such as the parrot, who is content enough in his cage. That’s an attitude that carries echoes for the writer, 62.

“During the Communist era people would say, ‘It’s fine, we have health insurance, we are safe and they feed us – so why would we want to know what adventures there are outside?’” says Sís, who was a successful animator (his short Hlavy/The Heads took a Golden Bear at the West Berlin film festival in 1980) earning the hard currency coveted by the Czechoslovak authorities when he decided not to return from LA where he was preparing a short film for the 1984 Olympic Games, a project that was scuppered when Prague, following Moscow’s lead, decided to boycott them.

Sís says he was initially attracted to The Conference of the Birds after working on illustrations for an edition of Jorge Luis Borges’ Book of Imaginary Beings. However, he was unsure of how to proceed with a subject “so loaded with religious symbolism” until he discussed it with Czech film director and old friend Miloš Forman.

Incidentally, the artist had purchased the car with which he moved from the East Coast to New York in the late 1980s (on the urging of mentor Maurice Sendak, the great children’s illustrator) with the money he had earned for creating the distinctive poster for the émigré filmmaker’s Academy Award-winning movie Amadeus.

“Luckily, Miloš Forman told me about a play of the same name that was done of it in ’72 and ’79 by [legendary theater director] Peter Brook and [actor-screenwriter] Jean-Claude Carierre,” says Sís. “It leaves the religious part out and it just becomes a symbolic old story – so that’s what I did.”

Advice also came from Zuzana Kříhova, a Czech scholar of Iranian studies who was a visiting professor at New York University. She provided the writer with “amazing, eye-opening information” and took an active interest in how he dealt with various aspects of the inspirational Persian parable.

Sís perceives a connection between his earlier works, many of which also feature a quest narrative, and The Conference of the Birds. “It just occurred to me yesterday that there’s a line of going, and searching,” he says, referring to the “seekers and dreamers” that populate his oeuvre (among them Christopher Columbus and Charles Darwin). “I was probably using different people from history to show my desire to go somewhere and find something.”

One difference, however, is that his latest work, which the author describes as his “biggest,” doesn’t come to a clear, firm conclusion. “This journey ends, but it ends in a dream. Maybe it was true and maybe it wasn’t,” says Sís. “Now I’m saying, ‘I’m not so sure that you can find a new continent.’ But 20 years ago I believed that you could.”

What hasn’t altered over the decades is the writer’s attachment to birds. Prior to the hundreds painstakingly drawn in The Conference of the Birds – many in exquisite and hypnotic aerial shots – he had portrayed our fine feathered friends on album sleeves and even the skins of the bass drums of popular 1960s Prague bands like Flamengo and Blue Effect.

Back in that particular day, the illustrator himself enjoyed something approaching pop star status, wowing crowds around Czechoslovakia with a then-unusual mobile disco and getting to hang out with rock groups like Led Zeppelin and the Rolling Stones as a long-haired music journalist visiting Swinging London.

Returning to the present, Sís is wary of attempts to portray The Conference of the Birds as his first book for adults. “The best of my other books were sort of personal confessions anyway,” he says, adding that the positive reaction the book has met to date from members of his 1960s generation has been extremely gratifying.

“They’re people who would listen to Paul Simon or Bob Dylan, or would have made trips to some Eastern location looking for a spiritual something,” the artist says. “That’s nice, because they’re all sort of like a mirror image of me.”

The Conference of the Birds is printed on “amazing canvas paper with an amazing haptic feeling” and has won plaudits for its unusually high production values. Nevertheless, Sís is unthreatened by the advent of the new technology that has been having a revolutionary impact on the book business in the United States in particular.

“I saw the first version of my book on an e-reader, the iPad, and the colors were amazingly glowing. I could move the whole book very quickly and it was like the whole book was flying. As a former animator, I thought this could lead to new products,” he says. “That said, I’m also aware that it has nothing to do with the book. … And it’s so nice to still hold the book, and turn it, and smell the pages.”