The joint Czech–Polish company would be a serious rival to Deutsche Bahn, Europe’s largest freight operator. 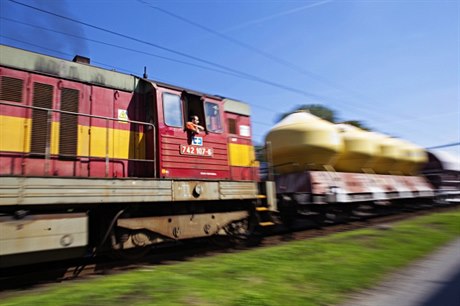 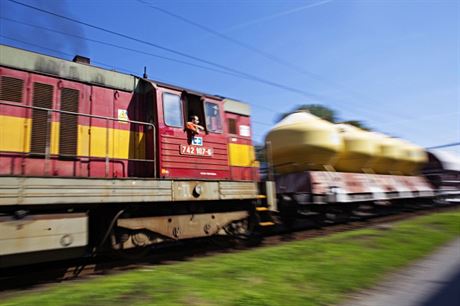 The Czech Republic and Poland are on the verge of striking the largest corporate deal to date between the two countries.

Where ČEZ and other Czech companies in the energy field have failed, the Czech state-owned rail operator České drahy (ČD) is preparing to make inroads into Poland’s transportation sector. ČD subsidiary ČD Cargo plans to merge its operations with those of Europe’s second-largest rail freight company, PKP Cargo of Poland.

One form the merger could take is participation by ČD Cargo in the privatization of its Polish counterpart. The aim of the two companies is to establish effective business cooperation in the strategic area between Western Europe and the East, primarily Russia.

‘It’s important for us to look for strategic allies’

“It’s key for ČD Cargo to maintain high volumes of freight deliveries. Therefore it’s important for us to look for strategic allies on foreign markets. The national freight transporters in Poland and Slovakia are a logical first choice,” Vodička said.

The Czech and Polish Transport Ministries are to decide on potential models for the merger of the two firms’ assets and will then form working teams. Nevertheless, according to Czech Position’s information, a 100 percent buyout of PKP Cargo by ČD Cargo is not on the cards.

ČD Cargo has already held negotiations with large international banks that could finance the deal and apparently there was great interest. Financial problems should not arise because it is a joint project between two state-controlled firms operating in a sector with large growth potential.

In the first phase, the project would be financed with loans, which after two years or so would probably be transferred into bonds.

Deutsche Bahn (DB), Europe’s largest rail freight company, is reportedly also interested in PKP Cargo. The EU, however, would almost certainly block a takeover bid by DB or integration of the two companies because the German giant already controls a third of the European market.

Not long ago, the Polish government considered floating PKP Cargo on the Warsaw Stock Exchange (WSE), but decided against the move.

PKP Cargo was established in 2001 as a result of the transformation of Polish state rail operator Polskie Koleje Państwowe (PKP). The new entity, PKP Cargo, took over all of the freight transportation operations from PKP and initially did not face any competition and thus held a monopoly over the Polish market.

In 2003, other freight operators were permitted access to Poland’s rail network, and PKP’s market share then declined considerably. In the first half of 2006 PKP Cargo had a 79 percent market share, while in the first quarter of 2005 its share was 85 percent.

PKP Cargo’s share of the Polish market currently stands at around 65 percent.