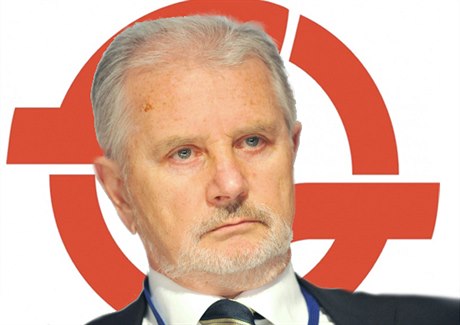 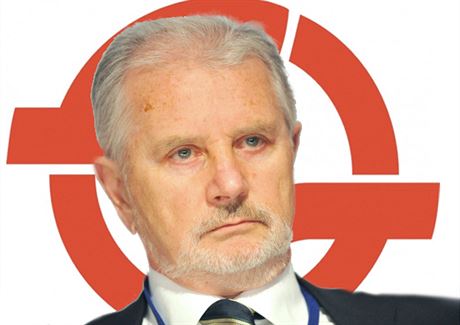 The naming of a new DPP head was to have been decided via a human resources firm — headhunters, chosen through a public tender — with politicians then expected to decide on who among the short-listed candidates would fill the post. But Prague’s mayor, Bohuslav Svoboda (ODS), stepped in to squash the process.

Czech Position was the first media organization to criticize the selection process for the HR firm. Although many of the headhunters themselves wanted the tender scrapped, the mayor’s move will likely meet with protest from the opposition — since no competition took place, despite earlier promises.

“We went ahead with this quick fix because the [mafia] godfathers were starting to get involved in the selection of the company’s director general,” one highly placed politician in the Prague chapter of TOP 09 told Czech Position, referring to powerful businessmen and lobbyists often derided in the media for alleged unethical and criminal business practices involving city companies and transactions.

There is speculation that Bubenik Partners, one of the short-listed headhunting firms that was to handle the pre-selection process, had proposed Lich as a candidate to the mayor. As Czech Position previously reported, sources said that particular firm was Svoboda’s favorite in the HR firm tender; its owner, former student leader Jan Bubenik, knows Lich. (That said, Lich, who from 1989 until last year worked for the prestigious consultancy company A.T. Kearney, was among the best paid managers in the Czech Republic and a well-known figure in Prague business circles.)

Lich has been named crisis manager at DPP, the de factor director general, for a two-year term. At the same time, Prague councilors appointed economist Miroslav Zámečník to the committee now auditing the city-owned transport company in the wake of allegations of widespread corruption in the awarding of contracts.

This week, the transport company’s Board of Trustees will elect Lich to the Board of Directors, according to Czech Position’s information. Under his leadership, all cases of alleged dodgy deals will be investigated in tandem with a broader review of how DPP has allocated public funds and sealed contracts.

“I am convinced that appointing a crisis manager to the position of DPP general director — albeit for a limited period — will significantly help the situation,” said Svoboda, who in mid-February promised to have suspicious deals investigated and suspect tenders now underway frozen, while pledging a new more open and controllable tender system to stop the same happening again.

“In my opinion, Vladimir Lich is an undisputed authority in the field of corporate planning, restructuring and crisis management, and has both the education and professional experience that is crucial for stabilizing the transport company,” the mayor said.

According to Svoboda, the necessary forensic audits will be carried out under Lich’s leadership and DPP streamlined. The Prague mayor also said he feels that, in the meantime, the city will have enough time to search for a longer-term director general to take up the reins after Lich steps down.

Following various consultations, it was Svoboda himself who chose Lich, a decision that was given the nod by TOP 09 councilors. According to TOP 09 First Deputy Mayor Tomáš Hudeček, the party fully supports the mayor’s step.

Lich is expected to bring to the board managers who will be truly responsible for the company’s results and housekeeping, making DPP a standard company where responsibility is clearly defined and also enforced.

Apart from DPP, Prague also owns 100 percent of Kolektory Praha, PVS, Prague’s Municipal House (Obecní dům) and the Conference Centre (KCP). “Starting in the next few weeks, these companies will undergo a transformation to the German model. As our coalition partner, Mayor Svoboda has shown that there is the political will to ensure that Prague is able to administer its companies well and for the benefit of its citizens,” Hudeček said.

Not a politician’s puppet

Vladimír Lich (64) is a Czech American and pronounces his name in the English spelling. As a child, he immigrated to the United States with with his parents, returning to the Czech Republic after the Velvet Revolution. Before returning to his homeland, he worked in the US for roughly 25 years in consultancy and as an entrepreneur.

“After 1989, he and his colleagues from Germany and Czechoslovakia started up a consultancy firm, and he soon became the boss of T.A. Kearney,” recalled his long-time collaborator Karel Pleva, who now runs the state Export Guarantee and Insurance Corporation (EGAP). According to Pleva, Lich was mainly concerned with the industrial sector, which includes transport. “His strong competence lies in these sectors,” he said. In his opinion, Lich is an upright man who does not court political favor.

Pleva was somewhat taken aback by the report on Lich’s appointment as the DPP, as, according to him, Lich has been recently hinting that he intended to end his business activities and take up sports, chiefly golf. “If he’s taken this managerial position, then it can only be for a limited period,” Pleva said.

According to the Commercial Register, since November 2002, Lich has been the Chairman of the Supervisory Board of the Central European Boutique Investment Bank, Warren Partners, which was set up in 1999 — under the name of Patria Management — by the now deceased Czech American Pedro Pick and financier Zdeněk Bakala, who took on the position of Deputy Chairman of the Board. Bakala, who has since become a billionaire, left Warren Partners in April 2002 and is a major shareholder in New World Resources (NWR), the Prague- and London-listed energy group that owns Czech coal miner OKD, among other businesses.

The following is a list of some of the DPP contracts Czech anti-corruption police are investigating due to suspicions of fixed tenders and kickback schemes.