Crazy prospect for Europe – clash of generations over work

If no solution is found to the EU’s labor market problems, the next major conflict won’t be between workers and bosses but between those with a chance of a job and those without, argues Václav Vlk 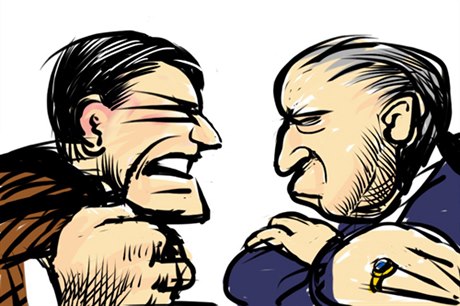 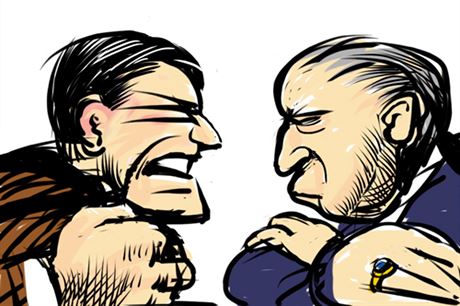 Worn out pensioners with 50-year-old qualifications driving trucks or working on construction sites is a crazy prospect. Nevertheless, equally crazy is the prospect of those old folks’ peers retaining control of public administrations and thinking up ever new rules and nonsense which lead to stagnation and recession.

If Europe does not find a workable solution for its labor market, and it does not appear that an earnest search is underway, then the next conflict will not be between the proletariat and capital, but between employees, those with prospects, and the unemployed and the unemployable - those without prospects. It seems, however, that Brussels has admitted that the slogan “Po” is flooding us.

It’s irrelevant whether the term Po (meaning lateral or conceptual thinking with a view towards unavoidable change) dates from the period of the fall of the Roman Empire, or first came from the lips of Madame de Pompadour in an attempt to cheer up Louis XV. Perhaps the powerful men of the West, their political parties and trade unions should carve the word above the entrances to their opulent headquarters. After all a flood came in the form of the French Revolution some 20 years after Madame de Pompadour’s death. How much time do we have left?

The ideology of corporatism is alive and present in the European Union. This method of economic restriction, essentially dating from the Middle Ages, to this day functions with public notaries, architects, doctors, judges and within other professionsIn society and the economy some things function according to their own rules irrespective of peoples’ wishes. At a certain stage of development, social-economic classes or groups emerge which first of all establish an position for themselves, frequently in dramatic circumstances, and then they gradually take up a defensive position and attempt to ensure that the established status quo cannot be changed.

The skilled trades in the middle ages serve as an example. Firstly former peasants and serfs had to gain liberation and force lords and municipalities to accept their rights, following which they quite quickly formed closed societies and guilds which defended the interests of members and resisted the emergence of competition on the market. The Renaissance, during which modern capitalism emerged, saw limitations to the rights of several key guilds and corporations.

Corporatism became prevalent between the two world wars in Italy, France, Spain and Austria for example, and continues to this day. A typical trait of corporatism is a strong national idea, sometimes even Fascist though not Nazi ideology, a characteristic of which is tense nationalism and preference for “domestic” (buy Czech, German or French products, employ Czech, German or French workers). Another characteristic is yearning for an authoritative leader and a strong role of the state in the economy.

The ideology of corporatism is alive and present in the European Union. This method of economic restriction, essentially dating from the Middle Ages, to this day functions with public notaries, architects, doctors, judges and within other professions. And one of the consequences is typically a limitation of services and competition, and higher prices. Today’s unions are essentially closed guilds and are one of the main reasons for the economic stagnation of the West. But closed guilds and associations always lose in the end because they hold back and destroy the economy, although for some time they bring advantages to their members.

At the beginning of the 21st Century the first problem is that in the new economic situation we are still using old systems and methods which already no longer function in today’s world. One example is the system of calling strikes by trade unions on the basis of collective contracts. Such a “dialogue” between capital and the labor force made sense when the working class was the largest social group. Today, however, due to changes in manufacturing processes the largest groups are of white collar workers, employees of multinational corporations, and state employees for whom it is typically difficult to ascertain their real performance and whether they are really required in their positions.

The rise of Nazism and Bolshevism was in many respects only a different expression of the battle for jobs and wagesAnother serious problem is that since the time of Henry Ford and Tomáš Baťa, pioneers of line assembly, the number of workers required for production has fallen consistently. In the Wealth of Nations published in 1776, Adam Smith wrote that progress depends on the division of labor, but what he did not foresee was that specialization would lead to mechanization and automation of individual work processes, which for the most part cut out the need for physical workers in the manufacturing process.

In the early stages of the Industrial Revolution the Luddites in England were the first to oppose this process, believing that by destroying the machines which had robbed workers of their jobs, the world would return to the “good old order” and unemployment and poverty would fall. The opposite turned out to be true.

The rise of Nazism and Bolshevism was in many respects only a different expression of the battle for jobs and wages. Although it was said that in interwar Germany and Russia the vast majority rubbed shoulders with poverty and desperation, their actual economic situation and conditions of life were much better than those of their predecessors prior to the industrial revolution.

Today, the production of one needle is controlled and regulated by an army of bureaucrats and therefore the process requires around twice as many professions than in Adam Smith’s dayIn the wake of the Great Depression in the 1920’s, politicians began to look for new solutions. It was necessary to stop the emergence of social groups who considered themselves to be disenfranchised and disadvantaged. As a result support for the unemployed emerged, enough to lead a dignified life without the need to actually work.

The development of industry led to specialization and the growth of accompanying work positions. In 1770, Adam Smith counted 17 work tasks in a needle factory instead of the original one job previously performed by one “needle maker”. Production today requires at least twice as many “professions”. However, the number of “real” jobs continues to decrease and therefore the emergence of the EU and the “social market economy” was a genius solution.

Today, the production of one needle is controlled and regulated by an army of bureaucrats and therefore the process requires around twice as many professions than in Smith’s day. For production and delivery to the end customer up to 68 professions and possibly more are required. In this way further millions of people gained employment and the battle for work postponed for some time in the future. The US military in the War of the Pacific demonstrated that this new model was not just rhetorical. For one soldier who came into direct contact with the enemy, around 100 specialists were required for that one to be able to fight.

Specialists must be educated and trained. While in 1915 the number of people with secondary school or university education represented between 3 and 5 percent of the population, over almost 100 hundred years later that number has grow exponentially. Ten years ago in the Czech Republic there were 762, 459 people with a university education, whereas last year’s census counted 1,117,830, which represents a growth of 46.6 percent.

Modernization and specialization in manufacturing has massively reduced the need for unskilled laborers, or those with just a basic education. This has affected not only the Roma in the Czech Republic, but also immigrants in Western Europe. But the less educated, socially non-mobile sections of society receive the bulk of support for having children. For this reason former Bundesbank board member Thilo Sarrazin wrote in his controversial book "Germany Is Abolishing Itself" that not only Germany but all of Europe is becoming dumber.

The problem is that today unions have increasingly fewer members and look to keep and protect those who are already onboard, but reject those who would like to get one of the limited numbers of jobsAlso according to the latest census, the number of Czech residents with no education at all is growing. While 10 years ago the number was 37,932, in 2011 their number had climbed to 47,253, a rise of 24.6 percent. Estimates indicate that between 3 and 5 percent of Europe’s population is unemployable, people who do not fulfill the required educational and social criteria. Due to increasing specialization and the ever higher  psychological demands of the labor market, it is expected that this group will grow to 10 or 15 percent over the next 20 years.

After exhausting the seemingly inexhaustible resources, the mantra of European socialists, tensions are coming to a head in Southern Europe. Tens of thousands of “discontent activists” are forming groups and are looking for solutions. All these movements are more or less similar to the Czech pressure group the Holešovská výzva [the Holešov Appeal], and their programs are comprised of a mixture of xenophobia, Marxism, National Socialism, racism, and common stupidity. But that’s not to say that many people, especially youth, don’t listen to these movements.

There is simply no longer work as we once knew it. And what there is, e.g. cleaning or helper jobs, are so low paid and socially shunned that nobody except new immigrants are willing to do them. Given that everything indicates that even modernized industry will not be able to revive the current system, the battle for work places is thus becoming decisive.

In the Czech Republic like elsewhere in the EU unions are allying with the vociferous discontents. The problem is that today unions have increasingly fewer members and look to keep and protect those who are already onboard, but reject those who would like to get one of the limited numbers of jobs. The unions’ main activity today is to protect the jobs and benefits of their members, which despite their loud declarations is essentially a battle by the employed against the unemployed, who are in actual fact their competitors.

The economy and society are ripe for a change of the system, but the old recipes won’t solve anything. It’s nonsensical to demand people work until increasingly older ages. Bureaucrats and unions support raising the retirement age because retirement causes social, economic and societal slump. However, if in all of Europe more than 20 percent of young people don’t have a chance of getting a job with the number rising up to 50 percent in southern EU states, the logical conclusion is that a major conflict between generations will soon erupt.