Cracks in at least 56 metro cars to cost Prague millions 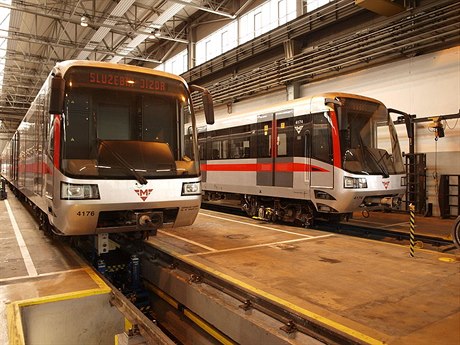 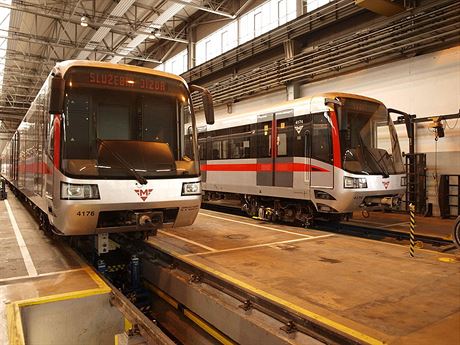 Engineers from Siemens and the Prague transport company (DPP) have found cracks in 56 metro cars built by a consortium that includes the German engineering giant and aviation and rail engineering giant Bombardier Transportation.

The cracks, which have appeared in the bogies on M-1 type cars in operation on the C Line of the Prague metro, were first identified in July 2011 during routine maintenance by specialists from Siemens. Over the following six months cracks were found on 56 wagons, the news server aktualne.cz reported Friday, all of them in the bogies of wagons that Bombardier delivered.

Experts from DPP and Siemens say the cracks stem from poor welding at specific points in the frames of the bogies, delivered by Bombardier’s plant in Mátranovák, Hungary. The Canadian-founded engineering denies poor welding is to blame.

“The bogies are designed for a specific environment of operation; it seemed that the bogies are not operated and maintained in that environment,” Bombardier spokesman Immo Von Fallois told aktuaklne.cz.

However, the cars were built by a consortium specifically for the Prague metro. Czech Position asked Bombardier whether its engineers were properly informed about the operating environment in the Prague metro when they designed and built the bogies, and if not, whether the company considers there was an oversight. Bombardier responded with the same answer provided to aktualne.cz and declined to specify the operating environment for which the bogies were actually designed.

The bogies on the very first eight M-1s delivered were manufactured by a plant in Amadora, Portugal, which has since closed, and no cracks have emerged on any of these wagons.

Even if poor welding by Bombardier is to blame, there are slim chances of the publically-owned DPP receiving any compensation: a two-year warranty on the cars has expired and there was no free service arrangement contained in the delivery contract. “We have offered support to our customers, made an inspection and worked out a repair process. This is made on good will and proactive support to our customers,” Immo Von Fallois told Czech Position.

Bombardier reportedly offered to repair the cracks at a cost of €5,500 per wagon. Thus Prague would have to pay a total of at least €3 million. DPP has rejected the offer: “We have decided to conduct the repairs with our own resources using a method proposed by the firm ESAB Vamberk,” the transport company has said in a statement. The DPP said this option will cost roughly a half of the offer put forward by Bombardier.

In all there are 265 M-1 cars, including with driver cabins, in operation on the C Line. DPP bought them between 1997 and 2011. The first 110 wagons, together forming 22 trains, were delivered prior to 2003 by a consortium led by the Czech engineering enterprise ČKD. The Czech firm supplied the bodies of the cars, while Bombardier supplied the chassis, bogies and motors, and Siemens the electrics.
The city-owned transpor company later purchased a further 155 M-1 wagons, this time from Siemens. According to aktualne.cz, DPP specified that it wanted Bombardier to supply the bogies.

While most of the cars in with cracks are still in service and DPP says there is a high chance that more cracks will be found, the firm claims the faults pose no danger of accident: “The safety of passengers comes first. Regular checks are being conducted on the cars still in service,” DPP spokeswoman Ilona Vysoudilová said.

On the A and B lines of the Prague metro, refurbished Soviet-manufactured cars are still in operation.