Courting trouble at the Justice Ministry 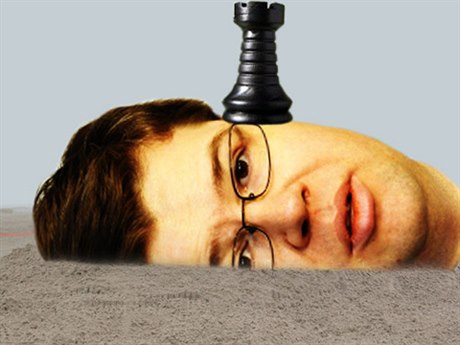 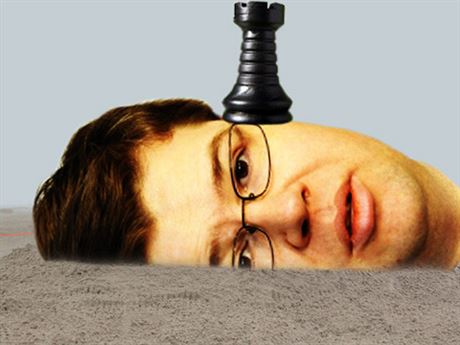 The Justice  Ministry is just now one of the key pieces on the Czech political chessboard. Justice Minister Jiří Pospíšil (Civic Democrat, ODS) is fighting attempts by the junior coalition partner, VV, to get the ministry for one of its own, party deputy chairwoman Karolina Peake being tipped most often for the non-existent vacancy. Here, though, the demands are not that realistic and should be easily to fight off.

But Pospíšil looks to be in bigger trouble over Supreme State Attorney Pavel Zeman’s demand that the Chief Attorney for Prague, Vlastimil Rampula, be sacked.  Officially, Rampula’s removal is sought on the grounds of “concerns in the area of international relations” and “systematic mistakes in the management of the section dealing with serious economic and financial crime.”

In reality, though, Rampula’s main problem is that he belongs to the era of former Supreme State Attorney Renata Vesecká, who, according to most politicians and lawyers, showed a marked reluctance to follow through on a series of top investigations and scandals with no one as a result appearing in court.

And it was clear from the Pospíšil’s appearance on Czech Television’s (ČT) Sunday flagship political interview program “Questions of Václav Moravec” that on this issue Pospíšil is dragging his feet and running out of arguments.

Meanwhile, Supreme State Attorney Zeman appears a lot more energetic and headstrong than anyone could have imagined when he was brought in from the Hague, where he represented the Czech Republic on the Eurojust body promoting judicial cooperation. Zeman has not shied away from making personnel changes and has been keen to reopen dormant cases that had been swept under the carpet.

Zeman has not shied away from making personnel changes and has been keen to reopen dormant cases that had been swept under the carpet, such as the corruption accusations surrounding former deputy PM Jiří Čunek (Christian Democrat, KDU-ČSL), similar accusations tarnishing former Social Democrat (ČSSD) PM Stanislav Gross and former Environment Minister Pavel Drobil (ODS), as well as the suspicious privatizations of hard coal company OKD and the release of Qatari prince Hamid Bin Abdul Sani al-Thani — even though he was convicted of abusing underage girls.

Zeman has transformed himself from an anonymous gray legal official into a prominent actor on the Czech legal scene who is causing a lot of sleepless nights for many with a guilty conscience.

The Rampula issue is still not settled, and there is apparently a lot of pressure building up on the Justice Minister not to grant Zeman’s demand that he be sacked. Pospíšil’s own Cabinet job could be on the line over this. On Czech Television, he explained the slow progress sacking Rampula by saying that as a manager he would not have trouble taking the step, but that it is simply not possible according to current laws. The Ministry also appears worried that if Rampula took the case before a judge he might just win because ministry officials cannot muster a strong enough dismissal case against him.

For Pospíšil, one fix would be to introduce a change in the law that would solve his current predicament. But that is a slow route. Pospíšil himself is an experienced lawyer and it is difficult not to credit at least part of his argument for proceeding with caution. On the other hand, it is not quite possible to banish doubts that the current legal stalemate suits him quite well.

That is precisely the argument advanced by former Supreme State Attorney and current ČSSD deputy chairwoman Marie Benešová. She accuses Pospíšil of seeking excuses for his inaction, adding that one reason Rampula is not being removed is that he suits a section of the powerful Prague ODS chapter. In Zeman’s place, she says she would feel let down. A resolution of the Rampula question should come within two weeks. The most likely outcome is that he will not be forced to resign.

A resolution of the Rampula question should come within two weeks. The most likely outcome is that he will not be forced to resign. Zeman though could be pushed to change tack and try to take disciplinary proceedings against Rampula. In theory, the Justice Minister could himself launch such proceedings, as well he knows. That would mean that the Supreme Administrative Court would be tasked with taking a decision on Rampula’s future.

Public Affair’s (VV) interest in the Justice Ministry is far from new, according to one government source. The party was eyeing it up when the current three-party coalition was being put together during the summer of 2010. One of the reasons for so much interest in the ministerial post is because it allows input on all upcoming legislation and the shaping of the business environment in the Czech Republic.

That argument, though, holds good for the backbenches of Parliament as well, so it is hardly the decisive factor. A more telling reason is the opportunity offered to try to exert pressure, even though the Czech judicial system is in theory independent, so that the political opposition have minimum opportunity to take advantage of any scandals that might surface.

Kristýna Kočí, the former VV parliamentary deputy, summed up the situation when she was caught on tape saying: “It’s all the same to me if (de facto VV leader Vít) Bárta controls the police; we have got justice.” The “we” in this context meant part of the ODS.

A second source of pressure to remove Pospíšil as Justice Minister is the quite substantial, but largely unsuspected, flow of funds dependent on the ministry. One example is the Kč 2.0 billion tender for prisoner bracelets cancelled by Pospíšil shortly after he was reappointed minister last year. The minister said the terms of the tender were disadvantageous. The contract has been stalled ever since, with little likely to change as long as Pospíšil is there.

Pospíšil also has the disadvantage for those seeking to make a quick buck in that he is more of a lawyer than a businessman and has a traditional caution towards the sort of Public Private Partnership (PPP) projects so often advanced by those in the business world. These include, for example, projects allowing private companies to run prisons. No such projects are currently on the horizon.

For Prime Minister Petr Nečas (ODS), keeping Pospíšil on at the Justice Ministry is a test of his mettle. Pospíšil’s exit from the ministry would suit not just VV but also a section of the ODS. For the moment though Pospíšil looks fairly safe.