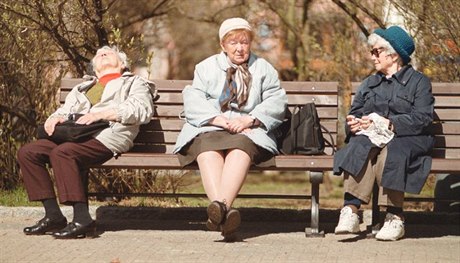 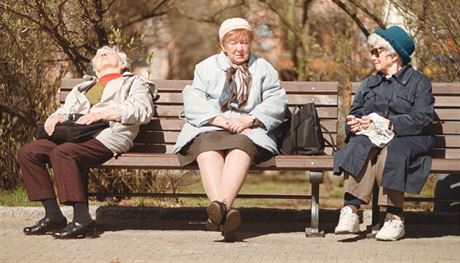 I’m afraid I have bad news for you. There is, as it happens, no ideal fix for the Czech pension system, and it isn’t difficult to find this out for yourself. If there were such a fix, then the whole world would now be going through a similar type of pension reform. But the solutions available to us range from bad to even worse. Each solution has its pros and cons, ranging in impact depending on the stage of the society’s economic and demographic development.

A pension system’s advantages or disadvantages also change over time. Some assertions, however, will always remain valid. Particularly that there are three basic, relatively simple and combinable instruments within the parameters of the existing system that can be applied in a pension reform:

No need to be a genius to see that these solutions will be neither popular nor optimal; a slowdown in economic growth — because of the increased social tax burden on labor – and rising poverty levels are going to be the result. As to an increase in the age of retirement, that is inescapable in the Czech Republic as it has already been laid down in a 2008 revision of the law. It is already clear now that both men and women (women with up to one child) will retire at 65 years of age. But that is about all that is clear at this point.

If, for some reason, we should decide none of the mentioned solutions are to our liking, there is always the possibility to return to our roots. There is only one solution that has been proven effective in the long term — the so-called African model or family model. This implies that families comprise a large number of children who will later in life care for their aging parents. It is hard to imagine a more banal model. But, make no mistake, where such a model exists, it usually works. The fund system, moreover, gives children the impression their elderly parents are well-cared for.

In those places, however, where the state favors pension funds and the cult of careers — as opposed to kindergartens and nurseries — the African system cannot work. The fund system, moreover, gives children the impression that their elderly parents are well-cared for, so why would they show any initiative in this respect? Present-day European-American society avowedly adheres to the career cult, so the African model will probably not offer a way out.

Apart from functional and slightly trite solutions, we are also presented with some sophisticated ones which, however, may not necessarily be effective. These are the pension funds in which households conduct long-term savings towards their pension. The funds seek to achieve long-term capitalization of the saved assets by investing these on the capital markets. While a pay-as-you-go system is mainly subject to demographic changes, the pension fund system is mostly affected by developments on the financial markets.

But here is one big “but.” Assuming that with a clearly set strategy and a corresponding measure of risk it would be possible over a given period of time to achieve a return on the financial markets of, say, 5 percent, then still, over the longer term, pension funds will never be able to achieve that as their yields are lowered by regulators to a level matching “average returns” and corresponding risk.

Moreover, the fund’s administration costs and marketing expenses are not exactly low either. Therefore, the yields that funds generate for their savers usually prove considerably lower than the same savers would have earned individually undertaking a corresponding measure of risk on the markets. In some countries, funds over the long term even fail to cover the costs of inflation, thus making real losses.

As one can see also funds have their failings; therefore, funds as a rule merely serve as a supporting pillar of the pay-as-you-go system. The system thus spreads out the risks involved and is supported by several, usually two to three, pillars. The pay-as-you-go system constitutes the first pillar, compulsory pension fund saving schemes the second with optional complementary pension insurance being the third.

So far, so good. But now we are getting to the most controversial issue. Should the second, compulsory, pillar exist at all? Not in my view. There are many arguments to support this. But, I assume, only a few would be willing to read them all. So here are the most blatant examples: In recent years we could witness one fraudulent scheme after another.

Observing the financial markets in recent years we could witness one fraudulent scheme after another. Financial statements are sometimes doctored (for example, now-defunct energy company Enron) and so are state statistics (Greece). Confidential data are being traded and investment banks cheat their clients. There is no guarantee preventing a pension fund from going bankrupt, being ransacked or its counterpart, which secures it through derivatives, from failure, to name just a few possibilities.

Apart from the risks posed by human behavior there is also the hazard of an unfavorable development on the capital markets. Greek state bonds are a good example of the investment risks faced by funds. More regulation will, however, not lead to a cleaner market. It will merely make markets more sophisticated, which in turn results in new ways to sidestep regulation and an even higher degree of market obscurity.

In fact, Greek regulation can be perceived as downright odd. It requires local pension funds to invest at least 77 percent of their assets into Greek state bonds while allowing the remainder to be invested with a higher measure of risk. But what could be more risky nowadays than Greek bonds?

Toxic assets on the balance

Pension funds, moreover, constitute a perfect storage space of all manner of “toxic assets” from the financial markets: debts of questionable origin or debts which at present may be considered sound but are expected to become loss-making in the future (as is exactly the case with Greek bonds). However, such debts tend to remain under the radar for quite some time.

Greece in general serves as a useful example. Some believe that the state can play the role of last resort when it comes to guaranteeing debts. But what kind of guarantee does the Greek state currently represent with, according to several surveys, financial markets giving Greece an 80 percent chance of falling foul of its debt commitments within the next five years? When a state debt turns bad, the state can, logically, not be expected to vouch for it. Hungarian pension funds have found themselves on the brink of nationalization.

South America is another example where both investors and households repeatedly had to dread a pension fund nationalization. Also Hungarian pension funds have found themselves on the brink of nationalization. Is Hungary such a different world from ours? Hungary was, incidentally, the first country in the region to implement pension reform. The result is clear. The funds generate lower yields than the rate of inflation. So in reality Hungarian pension funds fail to capitalize the entrusted money.

We can of course argue that investments on the capital market always involve risks. That is true but there is one fundamental difference. If someone invests on an individual and voluntary basis it is always possible to abandon the investment. Such people can always decide to sell off their shares, land plots, paintings, securities or what have you — and perhaps even incur a loss in the process — but it remains possible for them to abandon the investment, hide the money under a pillow and weather possible turbulences on the market.

When it comes to the compulsory pension fund system, however, we are not given the opportunity to get out — not even while already retired. The savings one accumulates in a fund should after one reaches the age of retirement be transferred to the life insurance company that tends to be in the same financial group with the pension funds. It is not possible for the pensioner to obtain the money all at once.

The system is a trap with no exit. People are forced to speculate running high risks and generating low yields while many of them, if not the majority, would run less of a risk and achieve higher proceeds if allowed to save on an individual basis.

What about today’s pensioners?

Another problem associated with pension funds is that if people are obliged to join them on a mass scale the question arises where present-day pensioners will be receiving their pension from. The pay-as-you-go system may remain intact but a portion of the money which would otherwise finance it will now be directed towards the pension funds. The more money the funds receive the less will end up in the pay-as-you-go system and that, in turn, will render today’s so much the poorer. Joining a pension fund does not necessarily have to be obligatory.

So why are only two extremes — compulsory funds or a pure pay-as-you-go system — considered for a solution in the Czech Republic? Is the pension fund lobby behind this? Joining a pension fund does not necessarily have to be obligatory. Funds are not compulsory in Germany or in Britain, for example, and it seems to work. In Poland and in Hungary, on the other hand, pension funds are mandatory, and in Hungary it does not seem to work.

The old democracies as a rule do not force anyone to speculate in pension funds. It is no coincidence that these democracies have a per-capita GDP and a political and business culture of entirely different dimension than in Central Europe.

Markéta Šichtařová is chief economist at the financial advisory Next Finance