ČNB withdraws Kč 50 note to save on printing costs

A numismatic era will end with the passing of the Kč 50 banknote, but few are taking any notice as the bills have long been hard to find 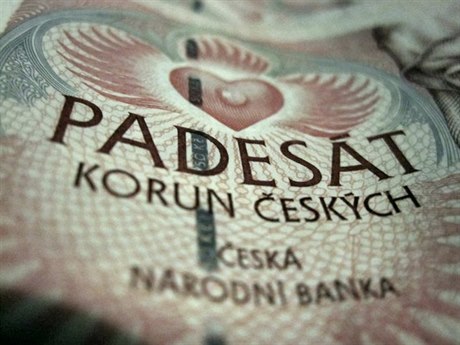 The Kč 50 note had been slowly withdrawn from circulation, with no new ones being printed since 2007 foto: © Czech Position, Česká pozice 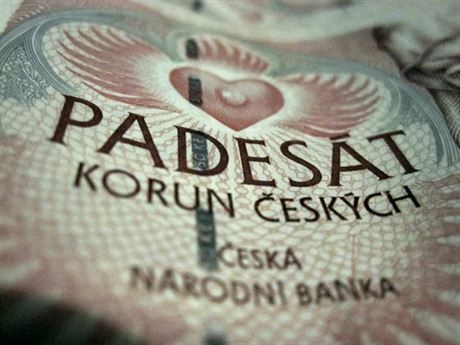 The passing of the Kč 50 note has not raised a groundswell of public nostalgia or complaint. A Facebook page set up by the national bank at the beginning of March to communicate with the public about the change has attracted only 40 fans and two cryptic comments from the public.

Most people contacted by Czech Position said they had seen Kč 50 banknotes only seldomly over the past few years; some were unaware they still were in circulation. The note did have a few fans, however.

“I think it was one of the better-looking Czech bills. And I hate the clumsy Kč 50 coins tearing my wallet and pockets. I used to leave them home or in the office so I don’t have to carry them, but this resulted in almost Kč 10,000 in Kč 50 coins in my desk at work,” Jan Macuch, a graphic design professional, told Czech Position. He added that a jeweler refused to accept Kč 13,000 in Kč 50 coins for wedding rings, but a furniture store did accept Kč 6,000 in coins.

The scarcity of the notes is because the ČNB has not printed them since 2007 and has been promoting use of the coin instead. The number of notes in circulation fell from 40 million at the end of 2005 to 14.2 million as of March 29, 2011, while the number of coins in circulation increased from 5 million to 64.3 million during that time, the bank said.

The reason behind the central bank’s move to get rid of the banknote was purely financial. “The Bank Board’s main motivation in deciding to terminate the Kč 50 banknote was the lower costs of ensuring smooth currency circulation. Coins have a much longer useful life than banknotes, so they reduce the central bank’s direct expenditure on issuing money,” ČNB Bank Board member Pavel Řežábek said Oct. 8, 2010, when the decision was announced.

While they will be no longer usable in transactions, the notes can be exchanged at banks and ČNB branches for a year. After that, they can be exchanged at just ČNB branches for five years. “No fees may be charged for the exchange of Kč 50 notes,” Řežábek said in  a March 30, 2011, press release. The banknotes will be collected by the ČNB, where they will be checked for authenticity and shredded. The banknote fragments will be compressed under high pressure and taken to an incineration plant in the form of bricks, the press release said.

The Kč 50 note — along with other current designs — was made by Oldřich Kulhánek, who in the 1970s was tried in a Czechoslovak court for making subversive images of Soviet dictator Josef Stalin. As a result, he was unable to exhibit his work publicly throughout the ’70s. Eleven of his illustrations were ordered destroyed but are alleged to have been stolen by court personnel instead.

The front of his Kč 50 note features a portrait of St. Agnes of Bohemia while the back has a somewhat whimsical medieval manuscript-style letter A (for Agnes) with two portraits inside the letter’s interior spaces and a crown on top.

The current design has seen a few changes over the years, mostly to add new security features. The 1993 version, already invalid as of 2007, was printed by Thomas De La Rue and Company in London. The security-enhanced 1994 and 1997 versions were printed by Státní Tiskárna Cenin, or the state securities printer, in Prague.

The Kč (or at times K or Kčs) 50 note became part of the circulating currency in 1919, shortly after the establishment of the First Republic of Czechoslovakia. In 1929 the predominantly pink design was made by Art Nouveau icon Alfons Mucha, making it one of the most affordable ways of getting an original Mucha print.

Art Nouveau artist Max Švabinský contributed a stylish female portrait to the 1940 design, and a portrait of a peasant woman by famed artist Josef Manes was the source for engraving on the note issued in 1944 during the German occupation. The ČNB points out, though, that the 1919 design by an unknown artist is among the most prized by collectors, as is the rare 1922 design by obscure artist Ferdinand Kysela.

The longest circulation time goes to the Kčs 50 note by Václav Fiala issued in 1965, which was valid until 1991. Its face showed a social-realist Red Army soldier and a partisan, while the back sports an almost cubist-looking oil refinery, with angular pipes and spherical storage tanks.

The last Czechoslovak Kčs 50 note was issued in 1987 and designed by Slovak painter Albín Brunovský, a noted experimental graphic artist and children’s book illustrator. The split of Czechoslovakia forced those notes out of circulation.

The St. Agnes of Bohemia bill is not the first post-1993 Czech banknote to be retired. The Kulhánek-designed Kč 20 note, with a blue design featuring Přemysl Otakar I ceased to be valid Aug. 31, 2008, but can still be exchanged at national bank branches until Aug. 31, 2014. It has not been printed since 1996.

The Kč 50 coin, which is remaining in circulation, was designed by Ladislav Kozák, a sculptor and medallion maker who also designed the Kč 10 coin. The bimetallic Kč 50 coin depicting Prague Castle and Charles Bridge on one side and a Czech lion on the other was named the best trade coin in 1994 by World Coin News.

The ČNB points out on its Facebook page that the purchasing power of Kč 50 has changed over the years. In 1964, one could buy 36 half-liter bottles of 10° degree beer with Kčs 50, and by 1993 that had fallen to just 12 bottles. Now, depending on the brand, one can get perhaps three to six bottles.

Inflation has also taken its toll on coins. Heller coins, worth a fraction of a crown, have all gone out of circulation as of 2008 because they now represented too small of an amount of money to bother with, although prices are often still marked to include hellers.