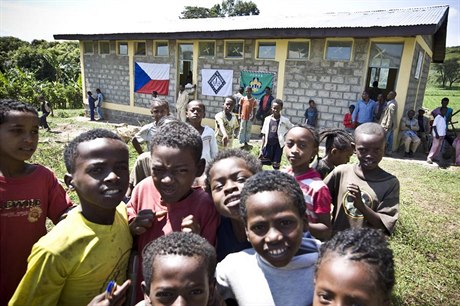 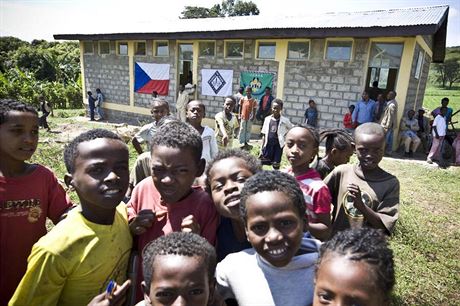 The fourteenth One World International Human Rights Documentary Film Festival that came to a close this month in Prague has now traveled on to 40 other cities and towns throughout the Czech Republic. Over 30,000 cinema visitors and more than 11,000 students through special screenings for schools, were recorded in Prague, increasing attendance numbers from One World 2011.

This year’s best film award went to Switzerland’s “Special Flight” — a 108-minute piece that takes viewers inside a detention center in Geneva. The traditional Homo Homini Award went to Doctors Coordinate of Damascus an underground network of Syrian doctors and medical staff.

A special component to this year’s festival honored the organizers behind it. Including documentaries and a timeline, a special website was created to celebrate People In Need (Člověk v tísni)— Central and Eastern Europe’s largest humanitarian NGO — who are marking their 20-year anniversary this year.

Founded officially by Senator Jaromír Štétina, Czech Televison, and the organization’s current executive director, Šimon Pánek, People in Need (PIN) was started in 1992 by a group of half a dozen journalists, a philosopher, and Pánek, who was studying biology at the time. “Most of us had been against the former regime,” he told Czech Position.

Beginning as what they called the Epicentrum and more officially the Lidové Noviny Foundation, their headquarters were a small room in the offices of the parent newspaper. “Why there? There was an empty space and Lidové noviny — giving us a base, phones, an account and most important: space in a daily paper to communicate with the public — played a large role in helping us start,” Pánek said.

Their objective was to not only report on crisis areas, but also deliver aid to them. Fueled by their desire for travel, a revolutionary spirit and strong disagreement with “ugly wars against civilians,” Pánek admits that they were somewhat naive, idealistic and without any knowledge of the professional standards of a humanitarian organization. “It was an informal, revolutionary period,” he says.

With the realization that they needed to adopt a more professional structure in order to continue, Štétina was designated as the editor-in-chief and Pánek took on the more operational matters – the duties they were naturally more inclined toward. Their first initiative was a collection to help war-torn Nagorno-Karabakh. In 1994, when the foundation was supported and hosted by Czech Television, they took on the name People In Need.

Today, although PIN is Central and Eastern Europe’s largest NGO with a budget of over half a billion Czech crowns per year and the implementation of “hundreds of pages of procedures,” Pánek says they remain a field-oriented organization and still follow the same sort of set of rules that they were following intuitively during the organization’s beginnings. ‘We always ask ourselves: is this really helping people, making a change — improving the situation?’

“Number one, if we provide some aid, we design it according to the needs of the people, we listen to the people,” Pánek explains. “Second, we are personally responsible — we personally deliver the aid, we make sure the publically collected funds are well spent. And the third, we try to be as transparent as possible.” He sums it up by saying it’s about critical thinking and common sense. “We always ask ourselves: is this really helping people, making a change — improving the situation?”

Today, PIN operates in over 20 countries with 11 offices in the Czech Republic, including their headquarters in Prague, and several offices abroad. Last year, their largest mission was in Pakistan. This year it’s Afghanistan. Overall, their presence is strongest as home, with 180 social workers in the country along with administrative and operational staff. The scope of their activities is vast, but falls under four key areas: Relief and Development, Informative and Educational Programs, Social Integration Programs and Human Rights and Democracy support.

With sometimes up to 75 percent of their budget allocated to their relief and development efforts, this area is by far their largest program. “It’s the department that started it all,” says Pánek. Their latest missions were established in Haiti after the earthquake in 2010, Pakistan after the floods of the same year and their campaign “SOS Somalia” in 2011. ‘We do illegal things from the point of view of illegitimate regimes sometimes, but it’s from a higher principle ...’

Although only six percent of their budget was allocated to their human rights department in 2010, its inspiration is close to home. “[The human rights area of focus] is a kind of legacy of Charter 77, of dissidents. We carry on the same sort of support our dissidents got from Western Europe and the US during the regime,” Pánek told Czech Position.

As an example of the types of activities they might carry out, he mentions the translation of books for those residing in countries where they are not allowed to read them. “We do illegal things from the point of view of illegitimate regimes sometimes, but it’s from a higher principle, of basic freedoms – freedom of information, freedom of speech and so on,” he explains. “We try to break through obstacles, regulations, dictatorships.”

Of the other two pillars – education and the social integration programs - these efforts are being carried out most predominately in the Czech Republic. Education activities include One World in Schools and Variants – a program which focuses on bringing intercultural and global education practices into the Czech school system. Social inclusion activities, mainly focused on the Roma population, are perhaps the most challenging Pánek notes. “It’s very difficult, very long-term work, with not very tangible results,” he says. “They are very complex issues, but maybe not as visible as rushing into natural disaster areas. It’s very heavy daily, monthly, yearly work — working with marginalized people that are not understood by the vast majority of society. In some ways it’s more difficult than going to Afghanistan.”

Of PIN’s most memorable initiatives Pánek says that it’s difficult to choose, but the beginnings are embedded inside him. “The first two to three operations are deep in my memory, because I was relatively young. I was 25. I experienced the Balkan wars 30, 40 times – with convoys, flights, ambulance,” he says.

“I was mostly in Bosnia. I learned the language and had personal friends. Basically every month or two I was traveling there. It’s still deep in me.” Also remembering his time in Chechnya, he describes it as “a strong, brutal, scary situation.” Up until 2005, Pánek went into the field six to eight months out of the year. Since 2006, he travels two to three times per year for short missions. “You learn in the field; it’s the best way to learn.”

Of the organizations over 300 employees – a remarkable increase from PIN’s humble beginnings - around 50 to 60 are working abroad on permanent missions or in some cases traveling to different locations. For them as well as those at home in the Czech Republic, Pánek says “you need to have a strong social interest and a sense for social issues.” Those working abroad are asked why they want to do it.

“They must have an interest in other cultures, sympathy and empathy to them, creativity, intellect, good English and the ability to work under difficult circumstances,” explains Pánek. “Some countries are [less intense] of course, like Sri Lanka, but the Congo is very difficult; there is tension in the air, the potential for kidnapping and other such incidences is stronger.”

Since 2003, PIN is one among 7 members of Alliance 2015 (www.alliance2015.org) — a network of NGOs engaged in humanitarian and development activities. Now consulted as an expert in the NGO sector, PIN has played a role in shaping policies on inclusiveness in Czech education, foreign policy and human rights issues and the handling of cooperation abroad. “We started as a service provider, as activists, but now we are starting to be a center of expertise,” says Pánek. [Remarkably] “In the beginning we planned to be together for one or two years.”