Christian Democrats may be big winners in gov’t crisis 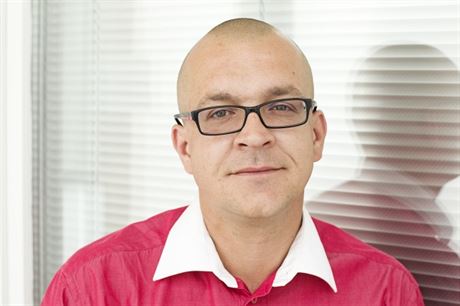 Although junior coalition party Public Affairs (VV) de facto leader Vít Bárta faces criminal complaints for having allegedly bribed party members to remain loyal, the scandal has not undermined the party’s support among likely voters, according to results of a poll conducted April 7–12 by the Center for Analysis and Empirical Studies (SANEP), taken after the “cash for loyalty” scandal broke on April 4. One winner in the crisis could be the Christian Democrats (KDU-ČSL), who now hover close to the 5 percent parliamentary threshold.

The voter preference poll’s results are not what many analysts might have predicted. “The government crisis triggered by [ex-VV] deputy Jaroslav Škárka raises interesting emotions and opinions in voters, which can be seen on the results of voting preferences. … You can now say that Public Affairs gained rather than lost support,” SANEP said in its report.

Some 8.4 percent of respondents said they supported VV, up from 7.9 percent in a SANEP poll conducted March 24–30, just before the scandal broke. The margin of error for both polls is 1.5 percent, however.

VV’s partners in the center-right ruling coalition, the Civic Democrats (ODS) and TOP 09, saw their support drop marginally. The ODS fell to 17.1 percent from 18.3 percent, and TOP 09 fell to 14.5 percent from 15.3 percent. The three coalition parties together would now garner 40 percent of the vote, according to SANEP, and this would increase to only 41.5 percent when adjusted for the 50.3 percent of respondents who say they would “definitely vote” if elections were held now.

Other small parties were also big gainers. Altogether “other parties” rose from 5.3 percent to 8.1 percent during the one week separating SANEP’s opinion polls. “The government crisis has strengthened the extremist parties, which can be regarded as a worrying consequence of widespread discontent with the development of the domestic political situation,” SANEP said.

As for the left-wing opposition parties currently in the Chamber of Deputies, the crisis has also seen them lose some support. The Social Democrats (ČSSD) dropped 1 percentage point from 35.4 percent to 34.4 percent, while the unreformed Communist Party (KSČM) fell from 13 percent to 12.1 percent. Combined support is stronger than for the ruling coalition, but at 46.5 percent still short of a majority. Adjusted for likely voters, support rises slightly to 48.4 percent.

Regionally, Prague is the biggest base of support for the ODS (20.3 percent), TOP 09 (26.4 percent), VV (11.8 percent) and “other parties” (11.8 percent). The ČSSD had 39.1 percent and the KSČM had 14.5 percent in the Moravia-Silesia region. Both opposition parties were also strong in the Olomouc and Ústí nad Labem regions. The KDU-ČSL was strongest in South Bohemia, with 7.5 percent, followed by Vysočina.