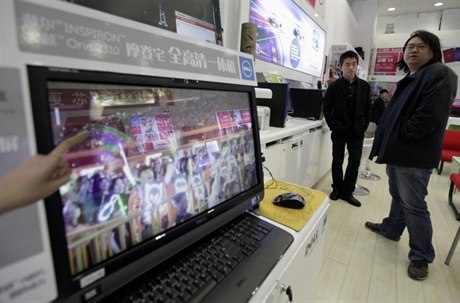 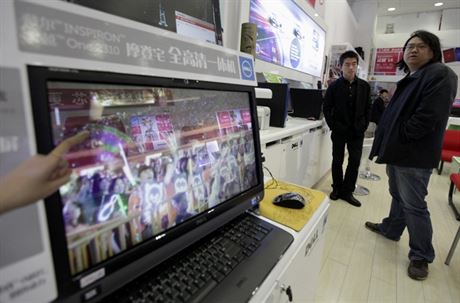 Home Credit, the retail loan company of the PPF Group founded and owned by billionaire Petr Kellner, is now set to profit from the high demand in the world’s most populous country for mobile phones, vehicles and domestic appliances. Its the first foreign entity to receive a license to provide loans in China. In the city of Tianjin, which has a population of 7 million, Home Credit will operate alone. It will use local partners in other areas.

Western firms have optimistic forecasts of growth in the number of Chinese with spending power. Advisory firm Boston Consulting Group predicts that over the next 10 years the number of middle-class and wealthy people in China will reach 400 million from the current level of around 150 million. The same study says that China currently accounts for 9 percent of global consumption, ranking the country third after the United States and Japan, but by 2015 will rank second (at 14 percent) and become the world’s largest consumer by 2020 (at 22 percent).Providers of consumer loans are set to profit from the expected consumption boom

Providers of consumer loans are set to profit from the expected consumption boom. The Chinese leadership has recently relaxed the strict regulation of the loans sector, opening the way for foreign companies in four cities: Beijing, Shanghai, Tianjin, and Chengdu.

PPF Group’s Home Credit Consumer Finance is the first foreign consumer loan company to receive a license to operate independently in China. The company will concentrate on consumer loans there, despite winding up a nonperforming business with bad loans at the beginning of the summer.

Home Credit entered the Chinese market in 2008 and is seated in Shenzhen. The company cooperates with the China Development Bank and Fotic Trust, among others, and has extended around 700,000 consumer loans this year despite the fact that its activities were highly restricted by the state regulator.

According to news agency Bloomberg, the average value of loans extended by Home Credit in China this year is CNY 1,800 (around $270), while the majority of clients earn less than $500 a month and have never applied to open a bank account and have no financial history. In a recent interview with the Financial Times, Home Credit’s Executive Director Alexander Labak said that within two to three years the company wants to provide as many 10 million loans annually.

“We are planning an increase in the number of employees in outlets and support operations in line with the expansion,” Home Credit spokesman David Sahula told Czech Position.” At the end of October, Home Credit in China had 1,800 employees.

Chinese law dictates that foreign loan providers must work with a local partner. However, the Chinese banking regulator, the CBRC, has issued four licenses for consumer loan providers under relaxed regulations in a pilot program — and Home Credit was the only foreign company to receive one. “The other three licenses went to local companies for other regions,” Sahula said. Home Credit’s license is for Tianjin. Its main competitors in the retail loans sector are GE, HSBC, BNP Paribas, Citigroup and AIG.

Home Credit sees most potential for growth in the south, southwest and northwest and in the provinces as well as the larger towns and cities. In addition to operation under the pilot license, the company will continue to work as trusts in partnership with local financial institutions. With operations under the new license Home Credit will collaborate with local companies. “Mainly in the area of providing certain areas of client services such as payment channels for the largest possible section of clients,” Sahula said.

Home Credit is also searching for business partners, such as large retail chains and smaller chains, for regional penetration. Home Credit already works with 6,500 electronic goods outlets and plans to add a further 13,000 by the end of 2011.

According to the China Daily, Home Credit invested $45 million into its branch in Tianjin, where it will extend loans of up to CNY 10,000. Clients will have 12 months to pay their debts and will only need to produce citizens’ identity card and a drivier’s license.   ‘Consumer financing in China is still a novelty’

Apart from dealing with the regulator and adjusting to practices in the local financial sector, Home Credit has to reckon with local customs and social conditions “Consumer financing in China is still a novelty, which means that customers are slowly educating themselves. It’s also necessary to understand and adapt to the local culture and customs,” Sahula explains.

And there’s one obstacle that all firms in the consumer loan sector must contemplate: Chinese tradition dictates that one should not lend or borrow money.

Easier access to consumer loans will help the Chinese government to implement new policies. The crisis showed that China’s economic dependence on exports is unsustainable in the long term, so the Chinese government has begun a drive to stimulate domestic consumption. At the beginning of November, the Central Committee of the Chinese Communist Party endorsed the main points of a five-year plan for 2011–15. One priority is an economic restructuring that includes stimulating domestic consumption.        This year the minimum wage was raised in many chinese provinces

Some plan policies are already being implemented. This year, the minimum wage was raised in many Chinese provinces by between 12 and 19 percent with more rises due in 2011. Bolstering domestic purchasing power by granting increased access to consumer loans is also a part of Beijing’s plan. According to official statistics, in 2009 the level of loans taken out by individuals in China reached $608 per capita, which isn’t even one-tenth the average of $7,934 for each US citizen.

Chinese economists have been advising the government to raise wages. Su Hainan, an expert with the Ministry of Human Resources, recently told China Daily that over the next five years wage levels should rise by 4 to 5 percent in relation to GDP. In recent years while the Chinese economy has grown at double figure rates, average wages have decreased in terms of percent of GDP.

In 1990 the populations’ wages comprised 53.4 percent of GDP, while in 2007 the figure was 39.7 percent, according to data from the china Society of Economic Reform cited by China Daily.

Chinese economists are convinced that in order to maintain and consolidate China’s position as the world’s second-largest economy it is necessary to raise incomes.

“The annual growth rate of residents’ income should not be lower than 8 percent in the next five years, so as to be in step with the GDP growth rate,” Chi Fulin, director of the Institute for Reform and Development, told China Daily.

China has the largest imbalance of distribution of wealth in the world: the richest 10 percent of the population earns 65 times more than the average wage of the poorest 10 percent.