Chinese lobby for a Czech House in Shanghai

A Czech House (Český dům) in Shanghai could become a base for CzechTrade, CzechInvest and other firms — even a restaurant 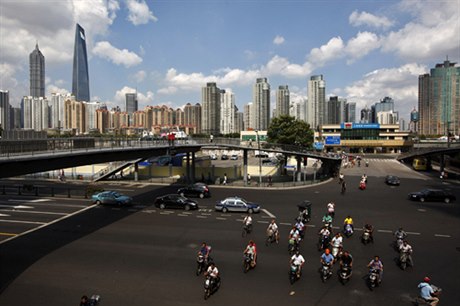 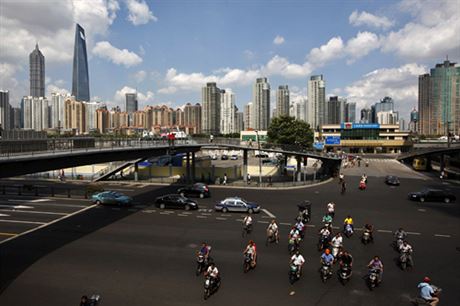 Chinese entrepreneurs came up with the idea. If everything works out, the Czech Republic won’t pay a single crown for a new Shanghai-based Czech House — a state-sponsored center serving as a contact point between investors and Czech institutions. Nonetheless, the question is whether having representation in the most populous Chinese city will prompt Czech entrepreneurs to enage more with China.

So far, the project is only an idea on paper. Some matters are already clear, however. “The building should have an area of around 6,000 sqm and be located in Shanghai city center,” says Pavel Stehlík, the Czech Republic’s commissioner general for EXPO 2010 in Shanghai, who is supporting the project. He stresses that Czech House would not cost Czechs anything. However, Chinese entrepreneurs are still trying to win the support of the Czech government.

Thus far, the Czech Republic only has a consulate and a CzechTrade office in Shanghai, which is home to 13 million people and has become a thriving center for business. Stehlík is convinced that if the Czech House project can be brought to a successful conclusion, CzechTrade and CzechInvest, the agency charged with attracting investment, could be based at a single address, while Czech companies could also be represented there.

“I imagine that the building would also have room for some exhibits that were displayed at the international EXPO 2010 exhibition,” Stehlík says. “Cultural events could also be held there.”

Aleš Červinka, manager of the CzechTrade office in the sprawling city by the Yangtze River, is impressed by the project. “Building a Czech House in Shanghai is undoubtedly an attractive idea,” he says. “But a question still remains: How would the entire project be planned and implemented?” Nonetheless, Červinka also positively rates the idea. In his opinion, it would be advantageous to have one place in Shanghai where Czech firms could present their showrooms, shops or offices.

“At the same time, they could find support from the state there, i.e. from the CzechTrade and CzechInvest offices, or possibly from the general consulate as well,” Červinka says.

As far as plans concerning the Czech House are concerned, the CzechTrade representative goes even further than the intentions of the Chinese. “A Czech restaurant could even operate at the Czech House,” says Červinka. “And it could also be a place for presentations and seminars, travel agencies offering trips to the Czech Republic, or an incubator for Czech firms entering the Czech market.”

He does not rule out the idea that the CzechTrade office would move to the Czech House.  “If the conditions attached to such a move were advantageous for us, then certainly, yes,” he says.

Chinese entrepreneurs have already negotiated on the Czech House project at Shanghai’s Fudan University. Originally, the Czech representation was meant to be linked to a Czech-Chinese research center that would be established at the university. Nonetheless, it transpired that arranging all the necessary formalities would be a long, drawn-out process.

“Consequently, the businessmen began negotiating with representatives of the city of Shanghai,” says Stehlík. For the time being, it is not clear whether the building for a Czech House would be constructed from scratch or obtained as a fait accompli.

Other states also have representations in Shanghai that are similar to what the Czech House would be. Červinka cites as an example the German Center, which has already been operating successfully in the city for many years.

The German Center is based in the Zhangjiang High-Tech Park in the heart of Pudong, Shanghai’s commercial and financial district. Its website attracts clients with the slogan “Here is where the heart of the German community in Shanghai beats; here is where bilateral business contacts originate.” Entrepreneurs can lease offices at the center, which has an area of approximately 30,000 sqm. It also has commercial premises, recreation facilities and a residential building with 47 apartments. The question is whether a Czech House in Shanghai would be a genuine stimulus for investing in China.

The German Center was established in 1994, and it was originally part of the campus of Tongji University. It focused primarily on promoting foreign trade. Since 1996, it has been supported by the BayernLB bank and been based in its own building in a technology park since 2005.

One question that needs to be answered is whether a Czech House in Shanghai would be a genuine stimulus for Czech investment in China.

“For Czech firms, particularly small and medium-sized enterprises, the Chinese market is quite a difficult prospect,” says Červinka. “Companies here need help and support. They get this from the state at the CzechTrade office or the general consulate, but it would be good if firms could have one place where they could come with their questions while also actually starting their business in China.”

A Czech House would certainly help make the Czech Republic more visible to Chinese commercial partners, but simply having impressive premises in the centre of Shanghai does not guarantee contracts.