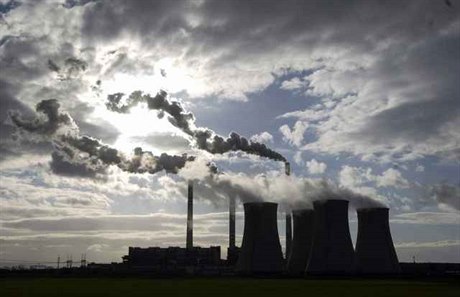 ČEZ operates coal-burning plants, such as thise one at Počerady, which need permits to emit CO2 into the atmosphere foto: ČTK, Česká pozice 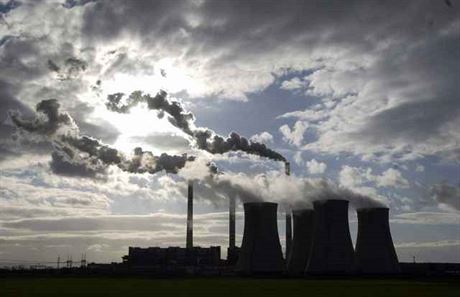 Czech power giant ČEZ is an exception among its energy company peers by having a large surplus of carbon emission credits whereas the sector as a whole has a huge shortfall, a study by the non-for-profit climate change organization Sandbag has revealed.

The “Carbon Fat Cats 2011” study shows that ČEZ had a surplus of 4.7 million allowances (EUAs) at the end of 2010 while the top 10 European power companies as a whole had a shortfall of 431 million EUAs at that stage.

Emissions allowances are given to polluting industries by the European Commission as part of its overall plans to curb the greenhouse gases blamed for causing climate change. Those companies that pollute less than expected — and thereby save on their allocations — are allowed to sell EUAs on to other firms that have polluted more. The market in pollution in the process of being created is, in theory, supposed to help curb climate change.

‘In its National Allocation Program (NAP) the Czech government has chosen to protect ČEZ.’

Sandbag estimates that around 70 percent state-owned ČEZ was probably given preferential treatment in its emissions allocation by the Czech government, with the result that it could have an excess of allowances totaling 5.6 million and worth €96 million by the end of 2012.

“In its National Allocation Program (NAP), the Czech government has chosen to protect ČEZ. The rationale could be to prevent power companies from paying higher prices, but as ČEZ is majority state-owned, the government could also stand to benefit from the surplus permits,” British-based Sandbag reports.

The company can transfer unused allowances from the current trading period into the next, phase three period,  when the market should be boosted by the fact that most allowances will be auctioned and no longer given free by governments.

European power companies with the biggest shortfall of allowances, according to Sandbag, are Germany’s E.ON (56.8 million), Swedish Vattenfall (96.7 million) and Germany’s RWE (172.9) million.

Overall, the Sandbag study is scathing in the criticism of the way that the European Union European Trading Scheme (EU ETS) for allocations has worked in practice so far. Ovelyr optimistic expectations of economic growth and effective lobbying from many heavy industry associations meant that many industries (with the general exception of the power sector) were given too many power permits, which they could simply sell off. This meant that they got a hug cash windfall without having to invest in the hoped for pollution-cutting technology that they should have been encouraged to adopt.

The “Carbon Fat Cats 2011” study shows that steel and cement companies have been the biggest beneficiaries of the failure to correctly calibrate the EU’s carbon trading scheme. Sandbag points the finger at steel giant ArcelorMittall as the single biggest “carbon fat cat” with a surplus of 97.2 million allowances at the end of 2010 worth an estimated €1.656 billion. ArcelorMittal is the 100 percent owner of Czech steelmaker ArcelorMittal Ostrava as, which is regularly blamed for high pollution levels in the eastern Czech city.

The study shows that steel and cement companies have been the biggest beneficiaries of the failure to correctly calibrate the ETS.

The next two fat cats in line are the world’s biggest cement company, French-based Lafarge, with an emissions surplus worth just over €500 million, and Tata Steel with a surplus valued at €393 million. The biggest 10 “fat cats” had around 240 million surplus allowances between them at the end of 2010, a total equivalent to the annual combined greenhouse gas emissions of Austria, Denmark, Portugal and Latvia, Sandbag reports.

Ironically, in spite of their huge windfall gains, these same companies are often the most vociferous in attacking the EU ETS as a whole and any attempts to tighten it up by introducing more ambitious targets for cuts in pollution. A debate is currently circulating in Europe as to whether the original target of a 20 percent cut in overall EU emissions by 2020 should not be raised to 30 percent.

ČEZ says that it has helped boost its emissions stockpile by shifting electricity production from polluting coal-fire plants to nuclear power stations and renewable power. It has sporadically sold off excess emissions, resulting in profits windfalls worth billions of crowns for the Prague- and Warsaw-listed company.

The Czech power colossus stands to continue to benefit from its favored emissions allocation regime after the government negotiated changes to the phase three trading regime, under which power producers still heavily reliant on coal could get a large proportion of allowances free in the early years after 2013 with auctioned allowances being phased in until 2020.

The Czech Ministry of Environment said in May that a deal had been thrashed out with the Ministry of Finance under which 53–58 percent of allowances would be given away free to Czech power companies in 2013 with the proportion falling thereafter on condition that companies invest in clean technology. The ministry later said a deal had still to be finalized. The Czech Ministry of Finance had been pressing for allowances to be paid for as a means of raising cash for state coffers.

Sandbag describes itself as believing that emissions trading can make real inroads into pollution and curb climate change, but only if the right framework for trading is putting in place with more ambitious carbon cutting targets helping move Europe towards a low carbon economy.