ČEZ, which denies any wrongdoing, faced a fine of up to 10 percent of its 2008 global turnover of $5.2 billion for anti-competitive behavior 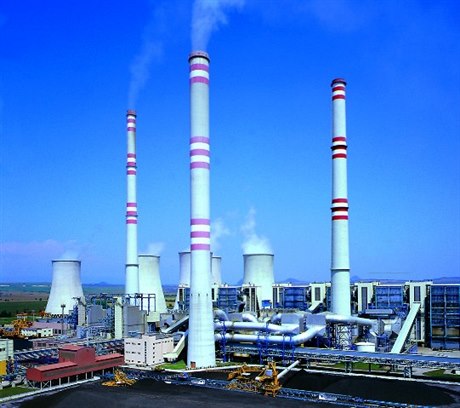 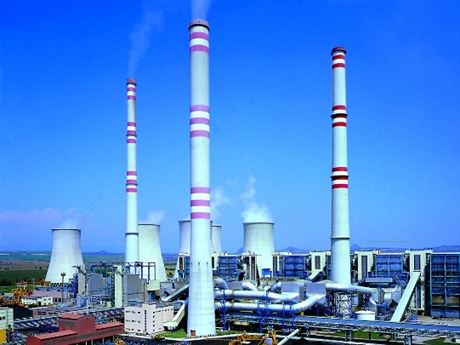 News that Prague-listed utility ČEZ will sell one or two coal-burning power plants with a capacity of 800–1,000 MW in a bid to end a European Commission probe into suspected anti-competitive behavior — in line with plans to divest from carbon-emitting power generation capacity — has been welcomed by the markets.

ČEZ — which denies any wrongdoing, but could face a fine of up to 10 percent of its 2008 global turnover of $5.2 billion — pledged to divest 800 MW of coal-fired generation capacity (6.2% of total domestic capacity) to settle the anti-competition investigation dating from 2009, when EU regulators began the probe with a raid at the state-controlled utility’s offices.

“The settlement terms are satisfactory for both parties. The sale of some power stations is consistent with ČEZ’ strategy to operate just upgraded power stations in the future. At the same time, for the European Commission it represents a desirable contribution to a greater competition in the market,” said the company.

ČEZ came under investigation for allegedly restricting competition on the wholesale electricity market and hoarding capacity in the transmission network to block rivals from entering the market. Wood & Company analyst Bram Buring said in a note to clients Wednesday that ČEZ’s settlement with the EC is, on the margin, positive news for its shareholders. “First, it closes the EC investigation (without the need for a definitive ruling on past actions) and basically removes the risk of an EU fine. Secondly, by expanding the circle of assets that ČEZ has intimated it will sell — and, thus, the pool of potential bidders — it can marginally improve ČEZ’s negotiation powers with Czech Coal and EPH (the only parties to have expressed an interest in ČEZ’s assets so far), in our opinion.”

According to ČEZ, it could satisfy the EC by selling either of those plants, another 800 MW plant in Dětmarovice (the sole black coal plan in ČEZ’s domestic portfolio), or a combination of two smaller ones (its 295 MW Tišova plant and its 500 MW Mělník III plant).

Czech Coal, the leading brown coal mining group owned by billionaire Pavel Tykač, and Energetický a Průmyslový Holding (EPH), owned by the PPF Group controlled by Czech billionaire Petr Kellner and J&T (40 percent each) and company chief Daniel Křetínský (20 percent), are the only companies to have publicly expressed interest in buying ČEZ’s coal-fired Počerady (1,000 MW) and Chvaletice (800 MW) plants, which have already earmarked for a possible sale.

According to ČEZ, it could satisfy the EC by selling either of those plants, another 800 MW plant in Dětmarovice (the sole black coal plan in ČEZ’s domestic portfolio), or a combination of two smaller ones (its 295 MW Tišova plant and its 500 MW Mělník III plant). The utility will submit its official settlement proposal to the EC with a couple of months, after which Brussels should open it for public consultation and then prepare the precise terms.

Buring said that while ČEZ did not specify a deadline for fulfilling the agreement, Wood & Company believes the company has until the middle of 2013, or by 4Q13 at the latest, to do so. “All of the plants receive coal from third parties, thus, they are non-strategic plants for ČEZ, and none have been modernized beyond the current regulatory requirements,” he said, adding that bidders besides Czech Coal and EPH could emerge.

“[By] expanding the circle of assets that ČEZ has intimated it will sell — and, thus, the pool of potential bidders— it can marginally improve ČEZ’s negotiation powers with Czech Coal and EPH (the only parties to have expressed an interest in ČEZ’s assets so far), in our opinion,” Buring said.

“Dětmarovice could attract bids from Zdeněk Bakala’s group, which controls NWR [energy group New World Resources, owned of Czech coal miner OKD], the main supplier of hard coal to the plant, or even possibly the Polish Gencos( although we believe this is less likely). The Mělník III and Tišova plants could, on the other hand, attract both domestic and international investors focused primarily on district heating.”

As for the Počerady and Chvaletice plants, Wood & Company have estimated that a buyer would probably not want to pay more than Kč 17.8 billion (€715 million) for them, assuming a lignite price of approximately Kč 31/GJ, and not more than Kč 9.2 billion (€ 370 million) at a lignite price of Kč 40/GJ. Czech Coal’s Tykač said in an interview last week the price for the assets (including the CO2 rights, worth approximately Kč 5 billion) could be around Kč 20 billion.

Whatever combination the utility settles on, ČEZ in all probability will put Počerady on the block, as it and Czech Coal (formerly Mostecké uhelné společnost, or MUS), have been at loggerheads over a long-term supply agreement to the plant for around six years, and their existing contract runs out by the end of 2012. Meanwhile, ČEZ had already intended to transfer the Chvaletice plant — which is distant from the brown coal fields that fuel ČEZ’s plants — to EPH as part of larger deal focused on the Energotrans heating plant north of the Czech capital, but reportedly pulled out due to worries whether it could guarantee coal supplies to the 800 MW plant.

Earlier in June, the Czech antimonopoly office ÚOHS approved the power utility ČEZ’s planned acquisition of Energotrans from EPH (part of a larger asset agreement between them by which ČEZ completed the sale of its half stake in the German mining group Mibrag to EPH). However, Tykač’s Czech Coal — or other parties, both domestic and foreign, could also bid.

In its earlier adopted power generation source portfolio development strategy, ČEZ decided to invest heavily in the Czech Republic only in reconstructing and upgrading power stations located in coal mining areas, to which ČEZ can supply coal from its own mines, without being exposed to potential commercial disputes concerning coal supplies.

This applies to the power stations in Ledvice, Tušimic, and Prunéřov. ČEZ said it has invested in these power stations to make them compliant with all relevant environmental standards (and to significantly improve their efficiency and reduce CO2 emissions compared to the existing levels) and to be able to operate them for some more decades.