ČEZ was due to release its 2Q11 results on Tuesday morning; its hand was seemingly forced when Reuters revealed figures today 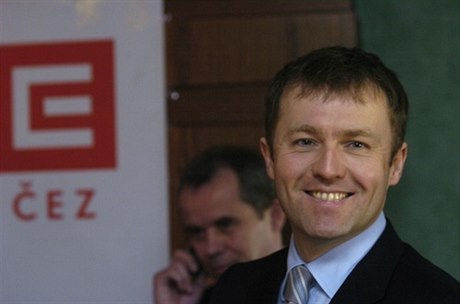 ČEZ is claiming a win, but the battle is not over. CEO Martin Roman (pictured) reportedly lobbied EU Commissioner Štefan Füle to influence the outcome. foto: © ČTK, Česká pozice 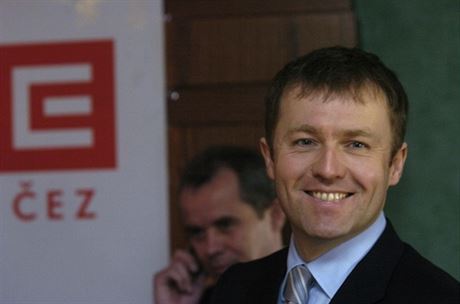 Following the publication of Czech energy group ČEZ’s second-quarter 2011 results by the Reuters news agency and later its competitors, the state-controlled power company published its provisional results later on Monday, a day ahead of plan. ČEZ, listed in Prague and Warsaw, posted a net profit of Kč 6.74 billion, down 39.5 percent on the year and well short of the Kč 8.53 billion expected by the market.

According to the provisional results published by Reuters, which ČEZ confirmed later on Monday, ČEZ made an operating profit (EBIT) of Kč 11.154 billion in 2Q11, whereas according to a Reuters poll of analysts, the markets expected a figure in the region of Kč 12.4 billion.

By contrast, ČEZ’s overall turnover in Q2 of this year was slightly better than expected at Kč 46.75 percent, whereas the This is not the first time ČEZ results have appeared in the press before schedule. markets forecast around Kč 46.42 billion. Turnover reached Kč 44.8 billion.

The brokerage J&T, however, projected a net income of Kč 7.1 billion. “The market probably underestimated a negative impact of the revaluation of stock options on [Hungarian oil and gas major] MOL,” the brokerage reported on Monday.

“Higher operating costs (for example the price of fuel, energy or related services) probably had a negative effect upon profitability. The net profit may also have been reduced by the larger than expected losses from the reevaluation of options on MOL shares, or more effective taxation,” Sýkora said.

This is not the first time ČEZ results have appeared in the press before schedule. In February, a company spokesman mistakenly attached the company’s results for 2010 to an email sent to journalists meant to merely inform them of when the results would be released.

On Monday afternoon, ČEZ officially reacted to the release of the results by Reuters: “The energy company ČEZ did not officially present its half-year results anywhere. Considering the Reuters agency published a part of our results without authorization, ČEZ is publishing this part of the information on its website and through the other usual channels of information in order for the markets to have uniform official information. ČEZ is making enquiries about how the given situation arose,” the company said.

Dow Jones, however, reported that Reuters had cited a filing on ČEZ’s website, indicating that the company had accidentally posted the provisional results on its site and then quickly removed them. In its original report of the figures at 14:27 CET, Reuters had cited “financial statements on the group’s website on Monday.”

ČEZ originally forecast a net income of Kč 40.1 billion for 2011 although some market watchers say the company will probably have to revise the figure downwards.

Despite a fall the ČEZ share price following the publication of the provisional results by Reuters, the title ended the day’s trading up 0.13 percent on the Prague Stock Exchange’s (BCPP) PX Index at Kč 753.00 per share.

The Czech state currently holds about 70 percent of the shares in ČEZ.