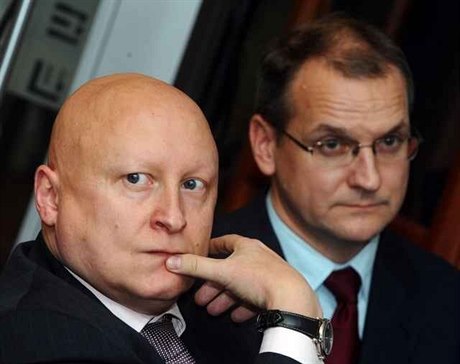 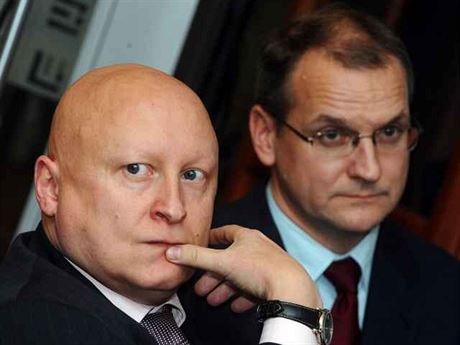 Plans by Czech electricity giant ČEZ to build two new nuclear reactors at its current Temelín site do not make economic sense, according to a study by the Prague-based consultancy Candole Partners. The study, the results of which were outlined in a press conference on Tuesday, shows that there is only around a 46 percent chance that the estimated Kč 200 billion (around €8.0 billion) project will break even over its lifetime.

“They are accepting a risk of around 54 percent that the project will go wrong,” said Jan Ondřich, a partner in the consultancy, which specializes in energy policy and markets. Investors would normally seek 95 percent certainty that such long-term projects will give a profit, said Ondřich, who co-presented the Candole Partners’ study with its author, Ivan Kotev.

“If we were potential investors in the [Temelín expansion] project, we would probably decline the option of being a partner,” Ondřich explained. “This investment is like taking €8.0 billion and betting on the flip of a coin whether it is heads or tails,” he added.

‘They are accepting a risk of around 54 percent that the project will go wrong.’

The study, which took the cost of project as the figure widely given in the Czech media, did not add in any delay in the projected completion date of the first new reactor in 2023 and the second around 18 month later. It took annual average electricity price rises at 2.5 percent and crunched the numbers as to whether the project could break even if ČEZ, which is marjoity owned by the Czech state, financed 30 percent of the costs from its own resources and borrowed the rest.

One of the study’s main messages is that ČEZ will need to borrow heavily and pay high interest service costs if the Temelín project goes ahead, given 1) the costs of financing an ongoing program of new coal and gas-fired power plants in the Czech Republic and other countries; 2) planned renewable expansion in Romania, Germany and Poland; 3) the above factors combined with lower profits and ready cash generated by the company.

“ČEZ is trying to handle too many things simultaneously,” said Kotev, adding that the cost burden of many ongoing and nearly completed projects would continue long after they had come online.

The stark message from the Candole Partners analysis is that the figures fail to add up, with electricity prices needing to climb a lot higher than their average over recent years and average out at €169/MWh over the new Temelín reactors’ lifespans. Current electricity prices are around €50/MWh. “You cannot justify this as a sound economic investment: it is just gambling in a casino,” Ondřich added.

The study flies in the face of ČEZ’s upbeat comments about the underlying economics of more nuclear reactors and the Czech government’s overall pro-nuclear stance. Early versions of a long-term energy strategy for the country counted on significant increases in nuclear capacity to reduce imports of gas and oil. The final study is likely to be presented by the pro-nuclear Ministry of Industry and Trade (MPO) and presented to the government in the first quarter of the year.

‘You cannot justify this as a sound economic investment: it is just gambling in a casino.’

Apart from the economic arguments in favor of more nuclear power plants, the government highlights the pluses of energy security, new jobs, and technology transfer bonuses that could be offered by the contractor finally chosen to build the new plants as well as the need to conserve the country’s nuclear know-how following a gap in recent plant construction.

Thus far, there has been little debate about the merits of the Temelín expansion in the Czech Republic. Candole Partners admits that valid non-economic arguments could be advanced for ČEZ’s new nuclear capacity. “We consider ourselves as simple number crunchers,” Ondřich said, adding that the onus would fall on the government to advance those extra reasons if the economic case for the two new reactors fails to be made.

The government might explore ways of lightening the financial burden on ČEZ by offering loan guarantees or give a helping hand in making the figures add up by, for example, setting an attractive fixed price at which nuclear produced electricity must be bought by consumers, similar to past incentives for solar power, Ondřich said.

In doing so, ČEZ might, however, fall foul of both EU state aid and competition rules (if the support is too blatant) and of legal action by minority shareholders (if the power company is seen to be proceeding with an extremely costly project that confounds economic sense). “If you were a hedge fund, or some such minority investor, it would be a logical course of action just to protect yourself because your own shareholders could take action against you if you did not do that,” Ondřich explained.

He added that in the past France structured electricity prices so that large consumers paid premium prices for power in order to help cover the costs of its massive nuclear power expansion but were promised that they would get discounted supplies later as a form of compensation. Now, however, that regime and the low-priced electricity for industrial users is being challenged by the European Commission in Brussels because it undermines the ongoing liberalization of the power market, Ondřich said.

The three bidders to carry out the Temelín expansion contract — France’s Areva, US-based nuclear company Westinghouse, and a consortium led by Russia’s Atomstroyexport and Czech nuclear industry supplier Škoda JS — are due to submit their offers to carry out the work by July 2. The choice of a contractor, or decision whether the contract goes ahead at all, should be made by the end of 2013.

— All previous articles about the Temelín expansion are archived here