ČEZ casts around for financing mix to support Temelín expansion

While ČEZ boasts its cash flow would be enough to fund new nuclear plants, it’s already talking about other options to help cover costs 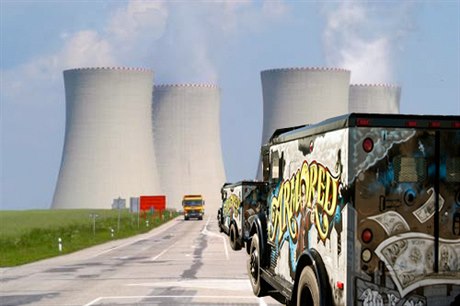 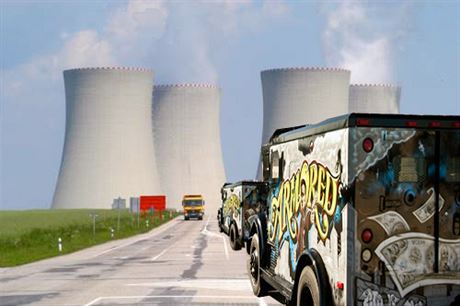 When it comes to financing two new nuclear reactors at its Temelín site, ČEZ looks a bit like a young family with growing kids pondering how to pay for a home extension. True, combined earnings and a generous bank might just make the investment possible, but the Czech state-controlled power giant would still have to scrimp and save — leaving nothing much left over for anything else.

Amid some skepticism about its optimism — also given that ČEZ is looking around for possible partners to help meet the expected Kč 150 billion–Kč 200 billion construction bill — the company, the largest in Central Europe in terms of market capitalization, insists its own cash flow should be sufficient to meet the nuclear expansion costs.

The somewhat mixed message was repeated last week by the ČEZ chief number cruncher and effective number two, Chief Finance Officer Martin Novák. “If you calculate our cash flow through models — and of course we do this internally and have seen some external models from the big banks — we can clearly see we’re able to finance it [Temelín ] from cash flow and that capacity. But it would clearly mean that we will not be able to do many other things,” Novák said during a conference call with financial analysts.

If ČEZ does decide not to go it alone, will it look to the financing models in use by the Brits (state guarantees on prices), Finns (up-front financing from its chief customers) or Americans (charging consumers a supplement because its in the public interest)? And if the Russians prove to be the only bidders for the Temelín expansion who are willing to co-finance the project, will practical considerations override political concerns?

In spite of recent denials from Czech Minister of Industry and Trade Martin Kuba (Civic Democrat, ODS), ČEZ is involved in talks with the Czech government (which holds a near 70-percent stake in the Prague- and Warsaw-listed company) about procuring possible aid to lighten the financial burden of carrying the Temelín expansion on its own.

The favored financing model has only just been rolled out in Britain, with a view to spawning a new generation of privately built nuclear power plants, a high-ranking ČEZ source close to the talks told Czech Position. In the UK, support comes in the form of a state-guaranteed set price for nuclear-produced electricity.

Under the scheme, the nuclear plant operator pays the state if market prices climb above the guaranteed level but is funded from state coffers if the price slips below. The British government also promises a steadily rising price for carbon emissions allowances, which help to make nuclear-produced power more economic compared with more carbon-polluting alternatives (such as coal).

The British model of support has already spurred a joint venture between German power giants E.ON and RWE, called Horizon Nucler Power, to announce plans for new nuclear capacity of around 6,000 MW by 2025 — two to three times the size of the planned Temelín expansion.

‘We are waiting to see how this works out, for instance if there are any problems with this from the European Commission.’

“We are waiting to see how this works out, for instance if there are any problems with it from the European Commission,” the ČEZ top manager, who asked not to be indentified, told Czech Position. As Novák told the curious investment analysts last week, “nothing in this respect has yet been nailed down.”

Whatever ČEZ’s boasts about cash flow and its relatively low debt ratio compared with its European peers, the much-vaunted worldwide “nuclear revival” has not happened as forecast. Building new nuclear plants is still an incredibly expensive process, requiring big up-front investments and delivering reasonable returns only if the plants are used at full capacity and throughout their long lives.

“Financing is a big problem in blocking a nuclear renaissance,” commented Mike Kirst, nuclear construction company Westinghouse’s vice president for Europe, the Middle East and Africa. “People talk about Fukushima. But here in Europe there are so many countries that want to go ahead and build nuclear plants — but come across problems with covering the costs,” he said, referring to the accident at the Japanese nuclear plant just over a year ago.

Instead of construction costs coming down over time, they have actually soared to levels that make building nuclear plants a prohibitive investment now for all but the most well-heeled power companies — or those offered considerable and generous support, such as full state backing, and soft financing.

That means the price tag for Temelín 3 and 4 will be the fundamental factor in whether the biggest Czech construction project of the decade proceeds or the plans are shelved. Other aspects can only partly remove some risk from such an ambitious project and marginally move the construction decision up or down the likelihood scale.

As ČEZ itself admits, partnership is a promising avenue to cut the costs and risks of Temelín expansion. It has even contracted French-based international bank BNP Paribas to help find energy partners who might be willing to pair up with it, probably from Europe but Asian brides are not being excluded.

‘The Finnish model lends itself to big projects in small countries.’

And partnership has been shown to be a potent force when it comes to building new nuclear power plants. So much so that in Finland nuclear power plants projects are proceeding on the basis of a group of large industrial companies and power users providing some of the up-front financing for building a new nuclear plant and getting back the electricity produced at cost price in return.

Finnish power company Teollisuuden Voima (TVO) is essentially a grouping of such industrial investors. “The Finnish model lends itself to big projects in small countries,” Westinghouse’s Kirst told Czech Position. “This is something that people are looking at more, but I have not seen it replicated anywhere else,” he added.

Whether ČEZ could come up with a similar sort of broad partnership for a one-off project or, perhaps, move the partnership goalposts and have the main Temelín construction company as a financial partner appears a moot point.

ČEZ itself says “it is considering all the alternatives” to protect the company and state from all possible market risks and fluctuations when asked whether it would be possible for one of the three construction groups tendering for the Temelín contract to actually become shareholding partners in the project. ‘The procedure in which Areva is involved is not related to the financing of the project.’

Two of three tendering companies, US-based Westinghouse and France’s Areva, spelled out to Czech Position that they are nuclear construction companies — and its not part of their normal business to take equity stakes in nuclear projects. Areva, for example, was categorical. “The procedure in which Areva is involved is not related to the financing of the project.”

The third bid to expand Temelín, Russia’s Rosatom (the parent company of Atomstojexport which, together with Czech company Škoda JS, is also in the tender), appears to have a broader view of its possible role.

“As regards questions about the ownership and operation of nuclear plants, for the realization of projects to build nuclear reactors abroad, Rosatom is primarily directed by the wishes of its customers,” the group said in a statement, signalling a willingness to take on a co-financing role.

Rosatom’s vice president of overseas public relations, Ivan Dybov, noted that the Russian company had a 100-percent stake in a nuclear plant planned for Turkey and negotiations about its share capital participation in the Bulgarian Belene nuclear power plant project are still taking place. It’s that sort of flexibility that appears to fuel sporadic speculation that the Russian JV bid for Temelín might on paper come through as the most attractive of the three presented to ČEZ — though with the inevitable political and energy security questions that would be raised by such a choice.

There is, of course, another option for nuclear power plant financing that applies in parts of the US. Basically, this gives power companies the opportunity to ask for permission to charge electricity users a nuclear supplement in their bills, which can help fund future construction of power plants. Authorities usually oblige when they think the projects are in the long-term public interest.

Approvals are now underwriting the construction of the first new nuclear power plants in the US in 30 years, by the Southern Company, at Plant Vogtle, near Augusta, Georgia. Whether the government believes Czechs should be given a bigger opportunity to help ČEZ resolve its nuclear financing headache along these lines is a big question.