Celebrity snaps reveal the women behind the glamour 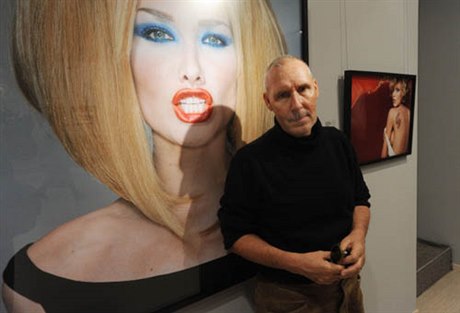 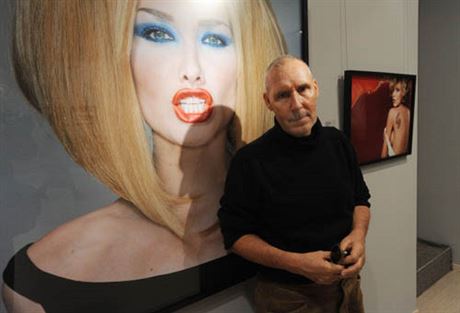 Sophia Loren, Tina Turner, Whitney Houston and Louise Bourgeois are just a few of the names whose portraits made the cut for an exhibition of works by Swiss-born photographer Michel Comte, now at Leica Gallery Prague and Galerie Vernon.

The exhibit “Michel Comte. Not Only Women. Feminine Icons of Our Times.” isn’t just about big names, though. It also presents a deeply human, multifaceted femininity that challenges the assumption that fashion photography only studies women from a stylistic point of view.

A strong sense of personality and strength were the key criteria curator Serena Baccaglini used when choosing from more than 300 portraits spanning Comte’s 30-year career. The color and black-and-white works — ranging from pocket- to life-sized, from nudes to extravagant head shots — all tie back to the theme of woman as an icon.

Instead of the stylized femininity that fashion photography often churns out, Comte’s work reveals the “1,000 faces of a woman,” as Baccaglini puts it. “I think he [Comte] has a photographic eye and at the same time a strong sensibility to catch what is beyond,” she told Czech Position. “He has two special talents — put together, he has the ability to portray you in the best light and get out what you are inside.”

Suspended between glamour and privateness, Comte’s portraits are hailed for their sincerity and for baring the subject’s humanity. The women in his photographs — although at times portrayed at their most vulnerable and intimate moments — never appear as objects.

Comte says most of his photographs are far from well-rehearsed and almost always take shape spontaneously. The picture of Sophia Coppola, part of a 1993 safe sex campaign that the curators have dedicated an entire wall to, is one of many made on the spur of the moment.

“I’d done over 100 shots for the safe sex campaign [in New York City] that day, and we were walking down the street and I said ‘Let’s check in the Chelsea Hotel’; [We] found a bathtub, so I told her to jump into it,” Comte says.

Born into a wealthy family in Zurich in 1954, Comte initially made his living by starting an art restoration business. A self-taught photographer, he entered the fashion scene in 1978 when his first international work was commissioned — advertising campaigns for fashion houses Ungaro and Chloé. He moved to Paris a year later and from there to New York in 1981 to collaborate with the American edition of fashion magazine Vogue.

He eventually settled in Los Angeles and has since worked on advertising campaigns for brands including Dolce & Gabbana, Armani, Nike, Versace, and Mercedes-Benz.

His most long-standing collaborations have involved Italian actress Sophia Loren and German Ferrari Formula One racer Michael Schumacher, a friend whom he’s been photographing for 17 years.

“I have a special relationship with Formula One — I’ve been going to car races since [I was] 8 years old,” Comte says, adding that the Schumacher saga is due to their common love for speed.

Although an established fashion and celebrity portrait photographer, Comte’s repertoire extends beyond the commercial sphere. He has ventured into photojournalism and documentary, traveling to war zones in Iraq, Afghanistan, Bosnia and Cambodia on assignments for the International Red Cross.

“When we go into a war zone, when you get there, you’re right in the middle of it,” he says. “They call it reporting from the theater of war — it is like a theater; it is very surreal.”

The experience, he says, is always an intense moral training ground. “It’s true that there is beauty in tragedy, but often times I hesitate whether to take a picture because sometimes tragedy is appalling. Basically, you are always wondering: Should I take this picture or not?”

The discrepancy between the two worlds of reportage and commercial work has not always been easy to integrate for Comte, who has witnessed a number of genocides during his travels. He’s nevertheless found a way to knit the two spheres by raising money through auctions of his work. He donates the proceeds to projects like the construction of a Red Cross hospital in Kabul.

As Baccaglini notes, Comte’s ability to portray the most famous people and at the same time the poorest is rare to find. Even rarer, she adds, comes his skill to convey the depth of each character.