CASA corruption case legal cause célebre, but unlike Pandur tender 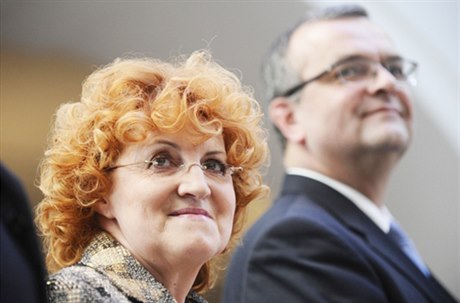 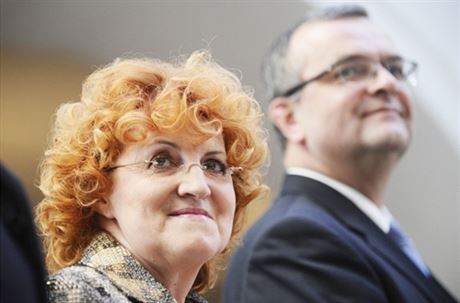 Parliament’s immunity and mandate committee took no decision at their session Wednesday on the question of allowing MP Vlasta Parkanová (TOP 09), the former defense minister, to be prosecuted on abuse of office and other charges for her role in the 2009 purchase of CASA transport aircraft, said to have been deliberately overpriced by Kč 658 million.

Last week, the Czech anti-corruption and financial crime police unit (ÚOKFK) asked for Parkanová to be stripped of her immunity for having allegedly neglected her fiduciary duties regarding the Kč 3.6 billion deal to purchase of four CASA C-295M planes for the Czech Army from Spanish aircraft maker EADS, a subsidiary of Airbus Military.

Omnipol’s current director this week said the company has earned some Kč 85 million for acting as middleman on the deal, dismissing speculation in the media that it had made hundreds of millions on the deal, and dismissing the report by the US firm American Appraisal according to which the Czech state overpaid by Kč 658 million.

Meanwhile, arguably the most powerful man in the junior coalition TOP 09 party, Finance Minister Miroslav Kalousek, who like Parkanová was previously a member of the Christian Democrats (KDU- ČSL), has proclaimed her the victim of a political witch hunt as the entire cabinet signed off on it (though Prime Minister Petr Nečas (Civic Democrats, ODS) said that the Mirek Topolánek (ODS) cabinet, of which he was a member, did not approve the CASA contract nor the services addendum.

Kalousek also failed to mention the role played by controversial figures like Parkanová’s deputy minister Martin Barták (who succeeded her on the very day the CASA contract was signed, and has been investigated for corruption in defense procurement deals) and Topolánek’s advisor and controversial lobbyist Marek Dalík — and Kalousek’s good friend the arms dealer Richard Háva of Omnipol (which brokered the CASA deal).

Kalousek is insisting that valuations are not needed for military contracts and that the ministries of interior and justice have also long followed this practice. Furthermore, although the main opposition Social Democrats (ČSSD) are looking to gain mileage from the controversy, as finance minister in 2006, Bohuslav Sobotka, now the center-left party’s chairman, wrote a letter to his then counterpart at the defense ministry, Karel Kühnl (US-DEU), saying so — a letter Kalousek has brandished in the ongoing war of words over the CASA contract.

Kühnl had asked Sobotka to approve the price the Czech state intended to pay to purchase Pandur armored personnel carriers (APCs) from the Austrian firm Steyr. In the letter responding to the inquiry, Sobotka said “it did not ‘concern commonly traded goods’ but military equipment and material for the defense and security of the nation, the price of which cannot be determined under the Act on Property Valuations.”

The letter is Kalousek’s smoking gun. “Vlasta Parkanová consistently continued in according with the standpoint of the first deputy prime minister of the government and finance minister, Bohuslav Sobotka,” he told the Czech daily Právo, stressing that the Defense Ministry therefore had no reason to require an expert opinion. However, observers see a fundamental difference in the purchase of the Pandur APCs and of the CASA transport planes.

Recall that the Pandurs were chosen in a tender according to the Public Procurement Act; the government of Prime Minister Vladimír Špidla (ČSSD) agreed in late 2003 to buy 240 units, and seven companies submitted offers when the competition was launched the following year, with four advancing to a second round. In the end, it came down to Steyr versus Patria of Finland (See related article, Ex-Czech PM Topolánek keeps ‘cool’ over Steyr bribe allegations via WikiLeaks).

The CASA order, on the other hand, was agreed without a tender, in a negotiated procedure without publication (JŘBU). In October 2010, the European Court of Justice (ECJ) in Luxembourg began looking into allegations of corruption related to the purchase (which the European Commission later investigated for breaching public procurement rules). The procedures for a tender and a JŘBU are, of course, quite different.

Supreme Audit Office (NKÚ) vice chairman Miloslav Kala noted that the relevant laws regarding state property “generally does not oblige a valuation process nor require an expert opinion” be given, but at the same time, when it comes to a JŘBU process, speaks of negotiations for compensation up to the amount of the evaluation. And so individuals in office — for example, the minister of defense — can find themselves in an awkward situation, as the law imposes certain other obligations.

In the section of the law on state property on liability and compliance, it states that individuals who by virtue of their functions take legal actions relating to assets “are obliged to pursue these actions with due diligence” — which could be interpreted to mean seeking expert opinion and evaluations. Failure to carry out duties can result in liability for damages, and the individuals cannot be exempted from this responsibility.

Therefore, Kala said, if Parkanová cannot produce some documentation for example showing that the compensation to Omnipol did not exceed the agreed price, “it will be difficult to prove that when dealing with state property she did not agree a price higher than allowed by law.”

The cabinet of Mirek Topolánek (ODS) in April 2009 approved on a proposal to trade five Czech L-159 fighters, which the army had been trying to unload for years, for a CASA transport plane, but to buy the other three well above market price. Whereas the original basic price per unit stood at Kč 638 million, suddenly it shot to nearly Kč 1.2 billion following the partial barter deal. Just how the total contract price was arrived has not been made public.

As Czech Position reported in October 2011, a market study showed that the Czech Republic could have obtain four CASA transport planes from the EADS consortium for Kč 2.83 billion back in 2006. In May 2009, under Parkanová the Defense Ministry was looking to buy three of the same aircraft through the controversial Czech arms dealer Omnipol — under similar delivery conditions and without holding a tender — for Kč 3.577 billion, far more than Poland and other NATO countries had paid.

The final price per unit turned out to be even higher, as the Czech side had in fact traded five L-159 fighters for one of the planes. Furthermore, according to the findings of the Supreme Audit Office (NKÚ), which has examined past questionable military purchases, representatives of the Czech Army general staff did not even want the CASA planes.

— Brian Kenety contributed to this report