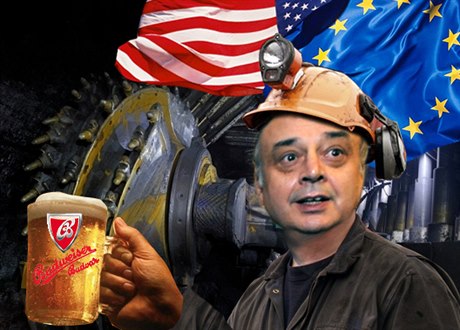 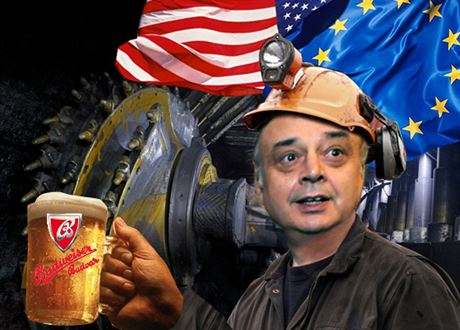 Czech Position reported last week that state forestry enterprise Lesy ČR is plowing Kč 10 million into a private conference called “USA and EU Days” organized by Czech Teleaxis, the only bidder in a tender issued by Lesy ČR that wasn’t made public. Two other state-controlled companies — brewer Budějovický Budvar and coal miner Severočeské doly, a unit of power utility ČEZ — are also supporting Czech Teleaxis, owned by Petr Kovarčík, a friend of President Václav Klaus and other politicians but refuse to provide details

The “USA and EU Days” conference, due to take place in October in Prague’s Žofín palace, will be held under the auspices of Prime Minister Petr Nečas (Civic Democrats, ODS). Among the scheduled speakers are President Klaus, former Spanish president José María Aznar, and William H. Donaldson, a member of US President Barack Obama’s Economic Advisory Panel.

While Czech Position has learned that Lesy ČR will spend Kč 10 million on the conference, Budějovický Budvar and Severočeské doly have declined to discuss their financial support for the event. “We do not make public the amount of support or budgets for individual events. Our support for the event is above all in supply in a product, namely beer,” said the brewer’s public relations manager, Petr Samec, declining to assess the value of the contribution.

The inclusion of Budweiser Budvar among the Czech brands in state hands for “this prestigious event” is however, according to Samec, beneficial. The company is reputedly trying to distinguish itself from its US rival Anheuser-Busch and show foreign participants where the original Budvar brand came from.

The miner Severočeské doly responded to Czech Position’s questions in an identical manner. “We do not make public or discuss with third parties the amounts that are allocated on events related to the social obligations of the company, PR or advertising projects,” said Vladimír Budinský, head of strategy and communications at the ČEZ subsidiary.

According to Budinský, there are good reasons for confidentiality: Making public exact sums would lead to quarrelling and unhealthy competition among recipients of the support. “A municipality doesn’t know the amounts that its neighbor is given, nor do other recipients, because it would stir up strong emotions and contests to have more than the others,” he said, adding that the funds correspond to the size of the event.

Budinský acknowledged that the core activity of Severočeské doly is its mining operations in the Ústecký region of North Bohemia, namely in Bílina and Tušimice. Yet the company thought it important to participate in an international conference about the US and European Union? “Energy is becoming the number one global issue and will also be among the [main issues] under discussion at the USA–EU meeting,” he said. “Therefore, it seems logical to us that an energy firm such as ourselves should participate in this specific event.”

According to the website of Czech Teleaxis, topics to discussed at the conference include:

At a time when the center-right government is looking to push through unpopular austerity measures it has seen fit to support the activities of a Czech Teleaxis, a private business. Perhaps the rationale can be found in this statement on the company’s website: “The fundamental mission of the 7th year of the USA & European Union Days international conference is the restoration and continuous revival of the idea of the Atlantic community for global challenges, the importance [of which] has never been so crucial.”

In any case, unlike in the case of other sponsors of the event, such as the private companies Mattoni, Alukov HZ and Carbounion Bohemia, the public has a right to know how much state-owned or controlled firms like Budějovický Budvar and Severočeské doly are spending to support an event organized by a private company like Czech Teleaxis.