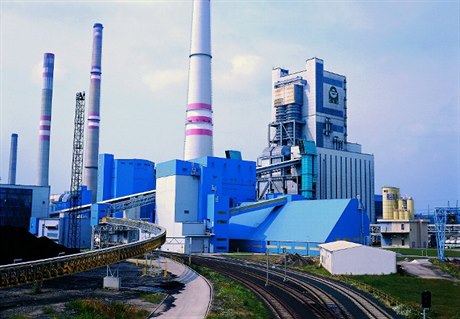 Aspects of the Czech bid have already come a cropper with competition worries raised over ČEZ's grab for the largest slice of the ‘free’ allocation foto: ČEZ, Česká pozice 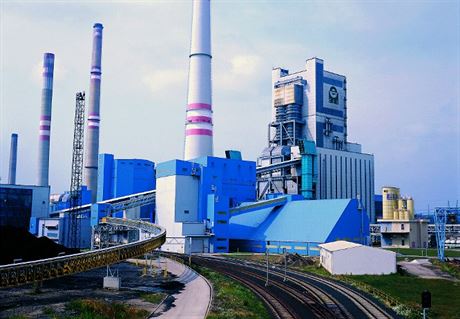 A series of Czech power companies will not be receiving the “free” emissions allocation they have been counting on after the European Commission rebuffed aspects of the Ministry of Environment’s multi-billion crown bid.

Brussels officials in the Directorate General for Climate Action have rejected chunks of the Czech bid on the grounds that some of the investment projects had already been drawn up ahead of the plan to reward investments in clean technology and do not therefore quality.

“There are several such cases that have now been removed from the [National Investment] Plan,” the head of the Ministry of Environment’s energy and climate change division, Pavel Zámyslický, told Czech Position in the margins of a conference on emissions trading staged in Prague on Thursday.

In addition, other investments with astronomic investment costs compared with the reductions of polluting carbon dioxide delivered will also be cancelled at the insistence of the Brussels officials. “There are five, six, or seven such extreme cases,” Zámyslický explained. “We discussed all this with the officials. The result is that some of the very high cost investments are now excluded.”

‘The result is that some of the very high cost investments are now excluded.’

In spite of the sparse public details of many of the individual planned investments by Czech power companies, EPS estimated from its review of 291 of them that the “greening” costs “ranges from €12/ton of CO2 per annum to an unbelievable €232,000 /ton of CO2 per annum.”

Zámyslický was unwilling to give details of which specific Czech companies will be disappointed from the European Commission’s refusal to accept the pre-prepared projects or those with exorbitant pollution clean-up costs. EPS had specifically challenged two massive clean up projects submitted by near 70 percent state-owned power company ČEZ for its Ledvice and Počerady power plants as having been drawn up much earlier than allowed the emissions allocation measure.

With ČEZ seeking around 60 percent of the total haul of 107.6 million free emissions targeted in the overall Czech application on the back of investments of around Kč 55 billion, it is likely to be most vulnerable to a tough line from Brussels over the application. Another company seeking a sizeable share of “free” allowances on the back of investments — rather than having to buy them in auctions as planned by Brussels as part of its next phase of action to counter climate change from 2013–2020 — is Energetický a Průmyslovy Holding (EPH), whose two main shareholders are Czech billionaire Petr Kellner’s PPF Group and Czech-Slovak investment group J&T.

Zámyslický maintains that, from the point of view of the Climate Action Directorate in Brussels, the pared Czech application is now on the right path towards approval. A late hitch has occurred, however, in the form of Brussels competition officials also taking a late, but keen, interest in the Czech emissions proposal and whether the investments planned by ČEZ, far and away the biggest Czech electricity company, will boost its market position to an unacceptable degree.

The Ministry of Environment had attempted to counter any such concerns about the strengthening of ČEZ’s dominant position in an initial market analysis. But this has been founding wanting by Brussels officials with the result that they have fired off more questions to Prague, with the likelihood that Brussels will demand a much more detailed analysis of the investments and their impact. This would probably put back the approval of the Czech emissions proposal from the originally hoped for June until well into the autumn.

EPS and fellow “green” group the Centre for Transport and Energy (CDE) tore into the Ministry of Environment’s original market analysis in a 33-page joint document submitted to Brussels in April. It argued that the analysis had employed a series of dubious and apparently mistaken arguments to try and push the case that ČEZ will be boosted against its rivals thanks to the “free” emissions investments.

The flawed arguments, according to EPS, included the case that more renewable energy would come on line over the period, highlighted the plans for a 1,000 MW gas-fired power plant that RWE had been proposing to build on the edge of Prague, and underlined ČEZ’s plans to close some of its ageing coal-fired plants (e.g., Počerady and Chvaletice).

EPS said that there were no guarantees that ČEZ would not take part in further renewable expansion on its home turf — although any sizable increase in renewable looks extremely doubtful, given the Energy Regulatory Office (ERÚ) and Ministry of Industry and Trade’s ambitions to put a lid on solar and wind power. It also pointed out that RWE has shelved its plans for the gas plant, with the company preferring to concentrate on the more promising Polish and Turkish markets, with top managers even admitting they might seek to sell the project on, if they could find any takers.

EPS’ own analysis suggests that the emissions related investments proposed by ČEZ would boost its Czech market share and installed power capacity by just over five percentage points, taking it to just under and just over 70 percent respectively.

The green group says if ČEZ’s allocation-subsidized investments are cleared, Brussels should at least make sure that commitments are given that it cuts its power plant capacity elsewhere to at least maintain the current competitive balance.

The “free” emissions for Czech power companies were thrashed out in tough talks between the European Commission and still heavy coal dependent power producers in Central Europe such as the Czech Republic and Poland. Under the plans, around 70 percent of the “free” emissions would be handed out in 2013 which the percentage dropping sharply in the following years.