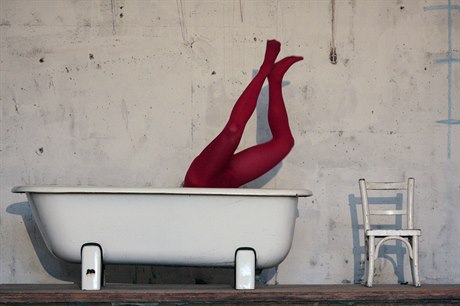 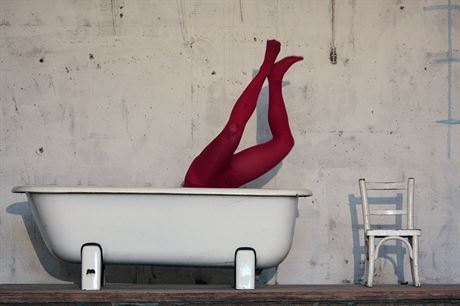 The Treatise on Mannequins is a theater piece inspired by Bruno Schulz’s art and writing, using music, visual art and acting to transmit a “world beyond time and space” to the audience. Director Krzysztof Żyliński talked to Czech Position about putting Schulz’s unique sensibility on stage and of the multinational theater company which resembles Schulz’s own culturally mixed background.

The play’s title comes from one of the short stories in Schulz’s Cinnamon Shops (Sklepy Cinamonowe, also translated as The Street of Crocodiles). The full title is A Treatise on Mannequins, or The Next Book of Genesis.

“It can be understood as a treatise on a world where all of us are mere mannequins, mechanical, slave beings, or metaphorically as spiritually empty beings,” Żyliński said.

Żyliński stresses the importance of bringing your own point of view and emotions to bear on the complex and hard to assimilate words and images that poured out of the unassuming high school art teacher.

Bruno Schulz is difficult to categorize. He was a writer, but also an artist. He was from the Polish city of Drohobycz, which today is Drohobych, Ukraine. Whether the city was Polish or Ukrainian he was a member of its former Jewish population and died with them during the Holocaust, the victim of a personal feud between rival Gestapo officers. And like a writer from the once Polish, highly Jewish and now Ukrainian town of Brody, Joseph Roth, could have opted to write in German. Instead, he wrote in Polish and associated with fellow avant-garde Polish writers Witold Gombrowicz and Stanisław Ignacy Witkiewicz.

When Schulz first read Kafka — another Central European Jewish writer who straddled the line between cultures and languages and whose fears and sense of inadequacy were turned into great art — it came as a revelation. There is considerable debate of the extent to which he helped his fiancée, Józefina Szelińska, translate The Trial into Polish.

This confusion of categories came to a head when a mural he painted in the children’s bedroom of Gestapo officer Felix Landau was rediscovered in 2001 and claims were made on it by Poland, Ukraine and Israel. After the dust cleared the mural ended up at Israel’s Yad Vashem on a “long-term loan” from Ukraine, with the question of Schulz’s provenance left unresolved.

While this typically Central European blurring of borders is seen as a negative by lawyers and bureaucrats, it can also have a potent artistic effect, one evidenced not only by writers such as Schulz and Roth and Kafka but by Divadlo Kompánia itself.

With a Polish director, Hungarian actors, a Slovak artist among the other Hungarian artists and Polish and Hungarian musicians the company is a truly Central European phenomenon. The company has been working together for eight years and Żyliński says they are used to each other and have no language barriers preventing them from working toward a common artistic aim.

“As far as the cultural differences are concerned, it was definitely a very exciting encounter of three different cultures- — Polish-Jewish and Hungarian. After all, the scenic image of the performance born is the result of this meeting of three diverse cultures. And this is the strength and power of the performance, as well as the power of Schulz, as it proves his universality.”

From page to stage

Adapting literary masterpieces to the stage or screen is problematic to start with. When the adapting is being done by people with vastly different sensibilities, however talented, the end result often lacks even the remotest connection with the original on which it was based. Having witnessed a stage version of Kafka’s Metamorphosis in which the writhing of a man in a cockroach costume was more than equaled by the writhing of the bored and uncomfortable audience, I am skeptical of the possibility of transforming the work of certain writers into dramatic form.

Luckily, there are some notable exceptions. One of these happens to be another adaptation of Schulz’s writing by a Polish director in The Hourglass Sanatorium by Wojciech Has, a film recently rereleased on DVD.

Żyliński says he is very familiar with Has’s work and equates the surrealist sensibility of the filmmaker with Schulz’s own. “But in our work we did not study nor deal with Has’s work. We were primarily concentrating on Schulz’s writings and drawings. That was the core of our inspiration.”

There have been a number of theatrical adaptations based on Schulz’s work. Żyliński says that the first step of being able to bring Schulz to the stage is internalizing him and recognizing the fact that Schulz isn’t creating bizarre visions for their own sake but identifying that these often surreal and unexplored worlds exist within everybody.

“Schulz is very specific from the point of view of reception. First you have to get into his world, and live in it, before you start thinking about how to put him on stage,” he said. “Making a play is never about programming, it is not a technique, but a creation based on personal experience and feeling.”

After the company’s Prague appearance they will be taking the show to other Visegrád Four  countries, with performances next month at the Festival of Theatres and Theatre Schools of the V4 Countries in Nitra, Slovakia followed by June performances in Budapest. In September they will bring the play back to its origins in Schulz’s birthplace of Drohobych, Ukraine (called Drohobycz when it was part of Poland) for the International Schulz Festival.

“It is his birthplace and the place where he lived all his life, and where all his characters come from. So, we are really looking forward to that.”

Schulz’s work will receive another platform in Prague later this year when Prague’s Czech Centre brings the highly successful Kafka & Schulz: Masters of the Borderlands in July and August. The exhibition originated in Stockholm through a cooperation of the local Jewish Museum, Czech Centre and the Polish Institute.