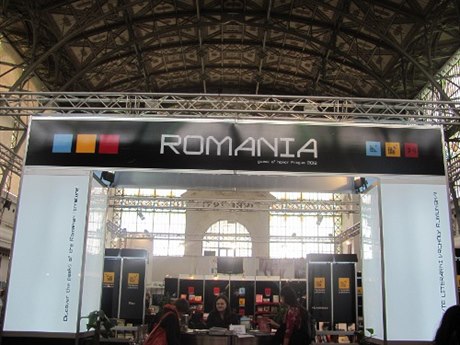 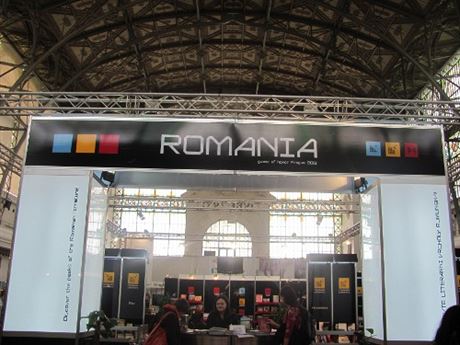 The guest of honor at this year’s book fair is Romania, and according to Book World Prague (BWP) director Dana Kalinová, this gave them an opportunity to make a broader presentation of writing from other countries around the Black Sea.

In fact, one of the panels at the fair is devoted to the 130 years in which Romanian literature has been taught at Prague’s Charles University. The significance of the roots the Romanian language has developed in the Czech Republic is far from being solely of academic or historical interest, but further explains the deeper knowledge Czech readers and writers have of the country’s literature.

“It’s a very old language department, so the generations of translators have always been here,” Kalinová said.

The same cannot be said of many of the countries that share a Black Sea coast with Romania. “I think it’s because these countries remain somewhat hidden. They are not promoting their literatures worldwide. Probably there’s a lack of financial means and maybe a lack of professional capabilities.”

Another reason Kalinová cited for the lower profile of literature from Ukraine, Georgia, Turkey and Bulgaria is a lack of translations in Czech, a charge that is equally relevant in the case of English translations. This imbalance was a major reason these countries were brought into the spotlight that BWP provides, with a number of writers giving readings of their work as well as participating in roundtable discussions on the region’s literature and a vivid photography exhibition entitled Around the Black Sea.

“If you look at topics they write about, at their histories, their writing is very strong. The writers from these countries are able to transfer their interesting histories into interesting stories. Ordinary people lived very hard lives and this is in their literatures.”

Gabriela Adameşteanu is a Romanian writer who has been gaining broader exposure recently. Her 1984 novel Wasted Morning came out in French in 2005 and had a US publication at the end of 2011 (an excerpt from the English translation is available online at the Brooklyn Rail’s online In Translation section).

Most people assume the days of a sailor turned writer, such as Herman Melville or Joseph Conrad, is a thing of the past. In fact, one of the most interesting writers that will be participating in the Black Sea panels is Ukrainian sailor turned writer Anton Sanchenko. Sanchenko worked as a radio operator on transport, cargo and fishing ships in the Black Sea and beyond, and so brings an intimate knowledge of the countries he has docked in or passed by.

Sanchenko also recalls a distant era by the fact that he was the last sailor in the Black Sea to use Morse Code. Kalinová points out that his work comes out of his maritime experiences and that what is also significant is that he knows the Black sea as a sea, and not from the usual perspective of flying over it or swimming at its beaches.

The largest country on the Black Sea is also one whose literature is very well-known. Russia is represented at BWP by an equally well-known writer Ludmila Ulitskaya, whose most recent novel translated into English is Daniel Stein, Interpreter.

Comics are literature too

Another focus at this year’s fair is comics, with a wide range of Czech and international comic writers and artists in attendance. There is a significant number of stands devoted to comics and accessories such as toys and costumes. There will be panels discussing the art of writing comics as well as various the work of individual artists, including exhibitions devoted to Czech comics artist Kaja Saudek. The comic theme is being stressed towards both children’s comics as well as more literary comics such as that of Nicolas Meyer’s comic adaptation of Thomas Bernhard’s Old Masters (Alte Meister).

Kalinová said the extent of children’s interest in comics was clearly exhibited in a contest BWP held for three different age groups to create their own comics. “We received 1,700 works and some of them are so professional that it’s hard to believe children could make them.”

One disappointment Kalinová admitted to for the comics section was the difficulty of bringing the big international stars of the medium, a problem she attributes to the fact that these writers and artists tend to prefer comic conventions, where they are more in their element. She sees this as a mistake on their part.

“At comics festivals they are really reaching the right group, but at book fairs they will even reach people like me who don’t read comics yet.”

Czech literature from right to left

This year’s Jiří Theiner Award, given to someone credited with promoting Czech literature abroad, is going to Ruth Bondy. Born in Prague in 1923, Bondy was transported to Auschwitz and later Bergen-Belsen concentration camps. Though she returned to Prague after the war the 1948 communist takeover sent her out of the country again, and she emigrated to Israel, where she worked as a journalist and translator.

Bondy has translated work by Jaroslav Hašek, Milan Kundera, Václav Havel, Bohumil Hrabal and Jiří Weil. She has also written a number of books of essays, including Trapped: Essays on the History of the Czech Jews, 1939-1943,(available in English) while a number of her books have been translated from Hebrew to Czech.