Board shake-up seeks to stem battle at state brewer Budvar 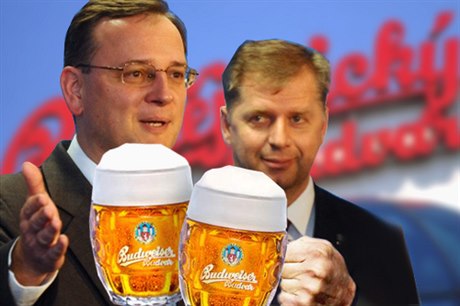 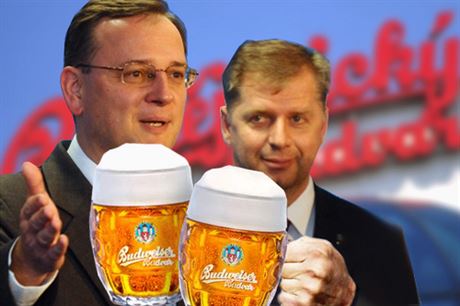 Minister of Agriculture Petr Bendl and Czech Prime Minister Petr Nečas  have agreed on a shake-up of the supervisory board of state brewery Budějovický Budvar to try and defuse recent conflict.

The two top members of the Civic Democrats (ODS) agreed the supervisory board changes to defuse battles sparked by Bendl’s moves in January to step up his ministry’s supervision and  involvement in the country’s third biggest brewer, the last still in state hands.

The deal worked out between them cuts the number of supervisory board members by a quarter from 12 to nine with two members of the government’s board of economic advisors, NERV, taking up positions on it.

The changes also included the resignation of Bendl’s advisor Tomáš Jindra. The appointment of Jindra, a lawyer with reported links to Prague lobbyist Ivo Rittig, said to be influential in ODS circles and implicated in scandals surrounding the operations of Prague’s public transport company, was one of the main factors sparking controversy over the rights and wrongs of the ministry’s hands-on approach to the brewery at the end of January.

Information about the changes was supplied to Czech Position from well-informed government sources and later confirmed by Ministry of Agriculture spokeswoman Kateřina Böhmová.

The new format of the supervisory board means that six members are appointed by the government, in agreement with opposition parties, and three members from the brewery’s employees. The previous ratio was eight and four.

As well as the departure of Jindra, who stepped down of his own volition, Prague ODS politician Filip Dvořák has also left the board along with the South Bohemian regional governor Jiří Zimola (Social Democrat, ČSSD).

Another victim of the changes is South Bohemian ODS member and former deputy minister at the Ministry of Labor and Social Affairs Robin Schinko. He served as the chairman of the supervisory board since 2007. That post has still to be filled.

One of the board’s new members is the chief economic analyst and manager of the investment company Cyrrus, Jan Procházka. Economics professor and fellow NERV member Michal Mejstřík rejoins the Budějovický Budvar supervisory board, where he had already served previously.

Board members who have held onto their posts include the first deputy minister at the Ministry of Agriculture, Roman Boček; the chairman of the South Bohemian branch of the Public Affairs (VV) party, Jiří Lexa; and former deputy farm minister and current head of the Czech Federation of Food and Drink Industries (PKČR), Miroslav Toman (ČSSD).

Boček, no relation of the brewery’s long-time director Jiří Boček, is tipped to become chairman of the supervisory board.