Gas industry leaders to be joined by political heavyweights to discuss impact of EU third energy directive, prospects for shale gas exploitation in Europe, as well as gas storage 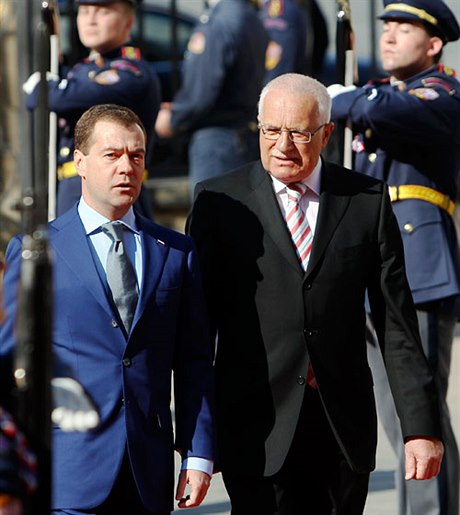 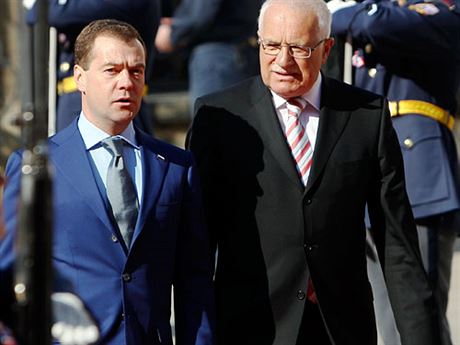 Out-going Russian President Dmitry Medvedev, Brazilian President Dilma Rousseff, and former US president Bill Clinton are due in Prague at the end of May to attend the Energy Gas Storage Summit 2012, to be held under the auspices of Czech President Václav Klaus at Prague Castle. Top representatives of European energy giants E.ON, GDF, and Russia's Gazprom, and the EU Energy Commissioner Günther Öttinger are also expected.

Ladislav Dráb, Chairman of the CE Group which is organizing the conference, informed Czech Position about the prominent participants expected at the conference, adding that Medvedev’s attendance has yet to be reconfirmed. Dráb, however, said the event is certain to take place under the auspices of President Klaus.

The event takes place with gas very much under the spotlight in the Czech Republic, where the main pipeline company Net4Gas has been earmarked for sale by German parent company RWE, with a 49 percent stake in Slovakia's biggest natural gas company, SPP, possibly up for grabs as well. The SPP stake is owned by E.ON and Gaz de France Suez. The sales have, however, been clouded by Gazprom's long-term threat to bypass pipelines going through Ukraine for shipments of Russian gas to western Europe. Net4Gas and SPP's main pipelines are linked to the main east-west Ukraine pipeline build during the Soviet era.

Gas storage activities are at the moment riding high with profits from the business credited with helping the Czech Republic's main gas company RWE Transgas to bounce back to profit in 2011.

The CE Group, which comprises the companies Česká energie, Česká plynárenská and Gas Storage Česká plynárenská, in 2010 commenced the construction of a gas storage facility in the exhausted sections of the uranium mine in Rožná, Vysočina region, operated by the Czech state enterprise Diamo. The facility with a capacity of 180 million cubic meters (MCM) should cost around Kč 9 billion.

The group,  co-owned by the Czech entrepreneurs Ladislav Dráb, Eduard Pálka and Marek Černý, is also planning to build a pipeline to connect the Czech Republic’s gas network with Austria.

RWE Transgas, and Karel Komárek’s Moravské naftové doly (MND) are also forging ahead with plans to expand or build new gas storage capacity. RWE Transgas is in the process of expanding its facilities in Třanovice and Tvrdonice by a total of 625 MCM at a cost of around Kč 7billion. When completed the German-owned company will have total storage capacity in the Czech Republic of almost 3 billion cubic meters (BCM), the equivalent of around a third of the country’s annual gas consumption.

MND has teamed up with Gazprom to build a new facility in southern Moravia.

There is currently storage capacity of around 3.0 BCM in the Czech Republic and this should rise to around 4.5 BCM over the next five years.