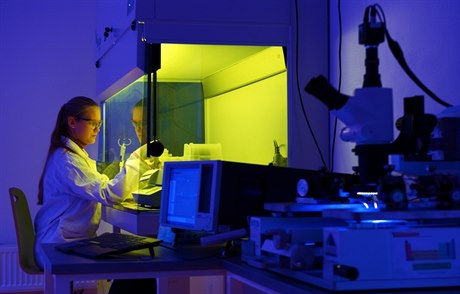 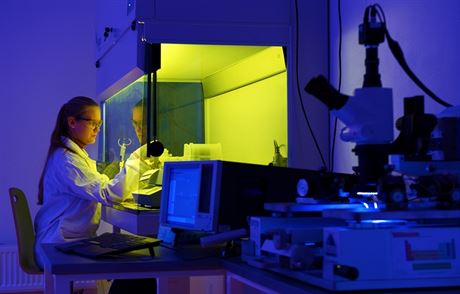 Ambitious plans for a Kč 6.4 billion Central European technology institute (CEITEC)  to be located in Brno, South Moravia,  are close to clearing their final obstacle. The last administrative complications concerning the European Union–funded project were overcome on May 10 with only the signature of Commissioner for Regional Policy Johannes Hahn now required.

“The project is at the commissioner’s cabinet, and we expect the signature about the grant funding within around a week, ” Jakub Hodinář, the Czech deputy education minister responsible for EU funding issues, told Czech Position.

CEITEC is the second-most costly project put together by the Education Ministry in a bid to win EU funds following the European super laser project outside Prague, which was cleared at the end of April. The technology center will host cutting edge research into the life sciences such as biology and advances in genome know-how as well as nonlife sciences, including nanotechnology and advanced materials.  Concrete advances could include new medicines, self-cleaning coatings, robotic surgery and implants into living organisms.

The funding go-ahead from Brussels will pave the way for the Education Ministry to proceed with the appointment of managing and research managers for the center, with the appointments slated to take effect from the start of 2012, according to project spokesman Petra Střítecká. The tender will then take place for the construction of the center near the current Brno University of Technical (VUT-Brno) site and near the campus of Masaryk University (MU).

Equipment purchases will also start, though the planned acquisition of around Kč 700 million in equipment this year has been pared back to around half that total because of an extimated six months of delays to the project that have also put back some research.

Despite the euphoria that the project is now advancing, there are many CEITEC skeptics. Not the least of which is the government’s National Economic Council (NERV), which questions whether the funds will really be forthcoming to cover the center’s Kč 600 million running costs and whether top researchers will really be found to fill it.

The South Moravia region downplays the worries, pointing to its SoMoProm program to attract top scientists to the Czech Republic’s second city. Brno, it adds, is already close to being ranked among the EU’s top 50 most innovative regions and has the goal to do even better.

“Our target for 2020 is to be in the top 20. We should be up their along with such cities as Heidelberg and Gothenburg,” Miloš Šifald, the head of the South Moravian center for international mobility, told the weekly Týden.

CEITEC has already filled one-fifth of the vacancies on its international scientific advisory board with five of the posts occupied by distinguished representatives of international research institutes. One member of the center’s main governing body, the executive council, is, for example,  Gustaaf Borghs of the Catholic University of Leuven (KUL) in Belgium, who currently specializes in nanotechnology and new materials technology. The advisory board meets for the first time in June.

“It is already agreed that 16 top researchers will come here from abroad — other parts of Europe and the US — most of these will occupy the key post of head of scientific research groups,” said center director Tomáš Hruda, who previously headed the Czech agency to encourage foreign investment, CzechInvest. “We want to be comparable with top global institutions. We will create a center of scientific excellence whose results will contribute to improving the quality of life and human health, ” Hruda added.

He says the center can pay its way from research contracts, renting out technological and infrastructure and international grants. Two hundred international firms and research institutes have already promised to cooperate with CEITEC, he said. The center is believed to be unique in having shared labs that can be used by researchers from the center and the rest of the Czech Republic and by commercial researchers.

The center is being backed by four Brno universities – MU, VUT-Brno, Mendel University and the University  of Veterinary and Pharmaceutical Sciences (VFU), as well as branches of the Czech Academy of Science (AV).