For 5 years in a row, 13 university faculties & research institutes have remained in the Top 20 list; to stay, they need stable funding 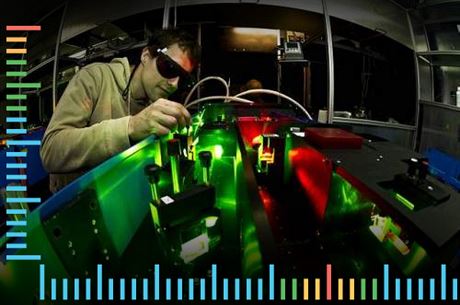 Their respective pole positions among the TOP 20 of best scientific institutions have barely changed over time, regardless even of which assessment methodology is applied. This is confirmed by a mini-analysis commissioned by the Research and Development Council (RVVI), an advisory body of the Czech government, which Czech Position has at its disposal.

According to this assessment, based on a more complex methodology introduced in 2011, the only educational institution in the field of humanities making it into the TOP 20 was the Charles University Faculty of Arts (FF UK), which ranked No. 16; otherwise, the list is completely dominated by natural science and technical disciplines.

The assessment was finalized by the newly elected RVVI. “In the knowledge that the hitherto approach was criticised from many sides we compared the placement of the institutions that reached the first twenty top spots according to the assessment based on the 2011 methodology with the top-ranking institutions in previous assessments conducted according to methods applied in specific years in the past. In line with our expectations it was confirmed that the institutions concerned have ranked among the best over the long term,” first deputy chairwoman of the RVVI Miroslava Kopicová – now Czech “minister of science” –told Czech Position.

“I’m both aware of the methodological limitations and of the limited choice. It leads us, on the other hand, to contemplate ways to secure a long-term – albeit possibly modest – increase in funding for the very best institutions,” foresees Kopicová.

In her view, previous changes in methodology (implemented after lengthy and often very heated debates on methods of assessment) perhaps had not so much of an impact as the stakeholders had anticipated. As many as 13 Czech institutions have managed to retain a presence among the TOP 20 for a whole five years in a row. So who belong to the scientific elite, according to the latest assessment?

TOP 20 ‘best’ institutions (according to the 2011 method of assessment)

The Prague Faculty of Mathematics and Physics, which also scored high in the ranking of Hospodářské noviny daily and an analysis compiled by the Lidové noviny daily, has remained in top position during the past five years, irrespective of how any assessments were made. While over the same period the Institute of Physics of the Academy of Sciences of the Czech Republic has managed to hold on to its silver streak, the Charles University Faculty of Science conceded its “bronze medal” only once in 2010 to the Faculty of Science of Masaryk University — which always inches around fourth place (“the potato prize,” in colloquial Czech).

During the past five-year period the biggest leaps (from as far below as over 70th place to well into the TOP 20) were made by the Faculty of Civil Engineering and the Faculty of Nuclear Sciences and Physical Engineering of the Czech Technical University which now rank 9th and 17th place respectively. Also remarkable is the Czech Geological Survey, which thanks to its results advanced from below 30 to 13th place in 2009. What purpose will the findings of the 2011 assessment serve? “I think all the results will be gradually put to use. The main expectation will now focus on the outcome of a newly commenced project of the Ministry of Education, in short called ‘methodology,’ which in the next few years should provide the evaluations with a new direction and a more solid basis. The new methodology could for example take account of more criteria than just results, although results will in my view remain an important part of any assessment,” Kopicová said.

Not just results but also other factors

Other indicators could be the measure of foreign cooperation, opportunities given to younger scientists, cooperation with the sectors of industry and services and specific peculiarities of any given field. “Irrespective of the parameters onto which the new methodology will be based, it is intended to bring more stability and a higher measure of predictability of institutional funding over a longer period of time of, let's say, three years,” said Kopicová, after Prime Minister Petr Nečas (Civic Democrats, ODS) the highest-placed member of the government advisory council.

For those who wonder why the ranking's top spots hardly ever change Kopicová has the following message: “A good scientific publication will remain a good scientific publication under whatever circumstances.” Also institutions that conduct quality research in the framework of close international cooperation see their efforts rewarded with results and it is to a certain extent “irrelevant” how these results are compared.

“The question remains to what extent internal methods and approaches can be transplanted onto other institutions. I would also like to emphasise that our comparative assessment is merely of informative value and should not be confused with a specialist comparative study which, logically, should precede a formulation of good practices,” adds former education minister Kopicová.

A decent rating in humanities

Did some of the rankings in the TOP 20 surprise the deputy chairwoman of the RVVI? “In a country as small as the Czech Republic there is a high measure of consciousness with respect to the best research institutions in every given field. Therefore, the list did not come as a surprise to me. But I'd still like to mention one ranking — the placement of the Faculty of Arts of Charles University. It’s proof that the ‘coffee grinder’ does not only properly work with regard to technical disciplines,” Kopicová said about her home faculty. ‘We may be high up the list, but the methodology used in assessing humanities is not ideal and should be further worked on, in our view.’

The dean of the FF UK is naturally pleased with his faculty's “promotion” among the very top but, at the same time, he also points to the limits of the applied methodology. University lecturer Michal Stehlík, a historian, told Czech Position: “We may be high up the list, but the methodology used in assessing humanities is not ideal and should be further worked on, in our view.”

It turns out that in Czech scientific research public institutions of higher education and the Academy of Sciences clearly dominate as is for example demonstrated by an audit of Czech science conducted by Technopolis. This is also apparent from a 2010 analysis of scientific output by the state-sponsored Czech Information Register of Research and Development Results (RIV).

This provided a reform of tertiary education will at all succeed in accomplishing something akin to a diversification of institutions of higher education...