The Czech public has heard only excerpts from leaked wiretaps on former Prague mayor Pavel Bém, but what about PM Petr Nečas? 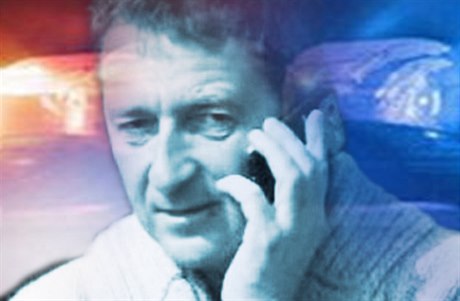 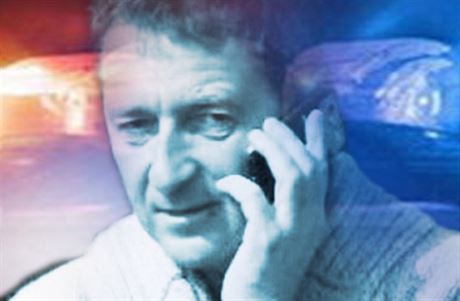 According to Czech Position’s information, the daily Mladá fronta dnes is in possession of a total of 40 minutes of recordings of conversations between Bém and Janoušek and various ODS politicians. But while what has been published is only a fraction of the content — and the public cannot expect to hear more — that is not the fundamental concern.

What is much more important is that the material obtained by MfD investigative journalist Jaroslav Kmenta is only a selection for public consumption and certainly not “The Best of Bém and Janoušek.” For example, if all the wiretaps were published, the public would also be treated to phone calls from 2007 between Janoušek and then-prime minister Mirek Topolánek (ODS) and his close associate, the controversial businessman and lobbyist Marek Dalík.

At the time the wiretaps were made, Bém’s best friend Janoušek was very close to Topolánek’s best friend, Dalík. It’s simply not possible that Janoušek didn’t call Dalík during that time. But then again, it’s possible they only phoned each other via a secure line, or the “small phone” referred to in the published transcripts of calls between Janoušek and Bém.

Then again, it’s also possible this information has been spread so as to divert scrutiny from BIS and its chief, Jiří Lang. After all, it’s preferable to blame the leak on the police with its moral and reputation already at a low than to cast doubt on the functioning of the strategic Czech intelligence agency.

It’s sure the person who bought the wiretaps, or received them in exchange for a favor, is also in possession of all the recordings from 2007. The person could be another influential “godfather” whom Janoušek has caused problems for. And there are reportedly plenty of such people in Prague.

Apparently Janoušek, or “Romeš” as he is known in some circles, has been on the bottle for a while now and when not totally pie-eyed, he’s on a golf course. Following the leak and his drunk hit-and-run escapade last Friday, he’s now pretty much a dead duck: nobody wants to do business with him.

According to MfD, the wiretaps found their way to the ABL private detective agency in 2009, but the daily’s investigative journalist behind the publication of the transcripts, Jaroslav Kmenta, has not revealed whether ABL is in possession of all the recordings from 2007, or just a selection “fit for public consumption.”

There has already been much speculation that the founder of ABL and de factor leader of Public Affairs (VV) Vít Bárta, now on trial for bribery, had a motivation to see the wiretaps released to deflect attention from his case and his party. This is certainly a possibility, and in any case it must have been someone in a weakened position who orchestrated the leak to the press. On this point, I have to exceptionally disagree with Czech Position’s security expert Jan Schneider, who concludes the wiretaps were leaked by a BIS agent, frustrated by the fact that his and colleagues findings were swept under the carpet.

Why were the wiretaps stopped?

According to Czech Position’s information, Janoušek’s mobile was recorded for only around six months in 2007 before someone gave the order to stop. Which judge gave that order? If Janoušek and Bém only talked about women, wine and golf, then there would have been a reason to halt the wiretaps. But the fact is the conversations centered almost entirely on politics and business.

The fact is that if Nečas does not have the full recordings, it would mean that someone in this country has more information and consequently greater power than the head of the government.We hope that on Tuesday some MPs put these questions to BIS chief Jiří Lang during hearings by the parliamentary commission for the control of the security service. If, that is, it was really BIS that conducted the wiretaps.

We have already come to terms with the fact that the public will not get to hear the full version of the wiretaps. However, it would be both sad and dangerous if Prime Minister Petr Nečas (ODS) does not have the unedited recordings at his disposal, and not only because in order to make the right decisions in this case it is necessary to know practically everything said by Janoušek therein.

If Nečas does not have the full recordings, that would mean that someone in the Czech Republic has more information — and consequently greater power — than the head of the government.

On the subject of the intelligence services, until the end of his days Janoušek will think that his drink-driving “accident” was a set-up by the intelligence agencies who planted the woman of Vietnamese origin in front of his car. When still at the scene where police caught up with him trying to hide in a park, the lobbyist dubbed “Voldemort” told journalists “something very strange has happened.” And his lawyers will undoubtedly use that “strange thing” in his defense. Such paranoia is common among influential and high-profile people.

There is a parallel between Janoušek’s hit-and-run case and the traffic incident in Pardubice in 2002 when now Senator Miroslav Antl (Social Democrats, ČSSD) drove into the car of a woman when drunk. He claimed the accident was in fact set up by “dark forces” from the intelligence services with the aim of removing him from the post of deputy police president he then held. Antl was eventually let off without any significant punishment, largely because the lady into whose car he crashed was not injured.

So what will happen to Bém’s “butter spread” as the former mayor affectionately addressed his lobbyist-confident in the recorded conversations. Czech Position has found out that several months ago a tarot card reader predicted Janoušek would run over a woman and break a ligament in her neck. Thereafter, Janoušek’s entourage tried to ensure that he was chauffeur-driven everywhere, and those privy to the information were clearly surprised that he was in the driving seat last Friday. We hope the tarot card reader will make it to court and tell more about the “strange thing.”