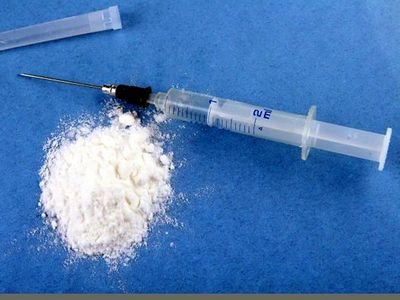 Increasing numbers of Germans are travelling to the Czech Republic and especially Vietnamese markets in border areas to buy cheap Czech-produced amphetamines (“pervitin”) . The city of Nuremberg has reportedly become a center for the sale of the drug.

The German customs office in Regensburg, eastern Bavaria, has reported a large increase in the seizure of the Czech-made methamphetamine. While in 2009, 21 cross-border traffickers were apprehended with a total of 135 grams of the drug, last year the number of arrests for smuggling rose to over 400 and over a kilogram seized. In the German border town of Hof some 250 dealers were arrested, the ČTK news agency reported Tuesday.

According to the report, large quantities of the drug smuggled from the Czech Republic end up in Nuremberg. “We’re the first large town across the border and as such an automatic magnet for the trade in drugs,” Robert Schmitt from police headquarters in the city was cited by ČTK.

While there was some known production of the drug in Czechoslovakia prior to the downfall of the communist regime in 1989, fuelled by easy access to key ingredients, production flourished in the 1990s. The typically strong Czech product began to find its way to foreign markets, reportedly earning it the name “Czecho” among users in the Netherlands. The Czech name pervitin comes from the brand name for the drug produced in Nazi Germany and distributed to military personnel, especially pilots.

The increasing use of the drug in eastern Bavaria has become a political issue. According to Marianne Scheider, an MP with the German the Social Democrats (SPD) from Schwandorf near the shared border, the Czech authorities “are not taking a tough enough stance against the traffickers,” ČTK cited her as saying.

The German press and law enforcement officials have increasingly reported the sale of methamphetamine by Vietnamese traders at markets close to the Czech–German border. According to the Nuremberg regional daily AZ, the drug sells for a maximum of €30 (approximately Kč 750) per gram on Vietnamese markets in the Czech Republic, whereas across the border the drug fetches up to €100 or even more per gram.

According to AZ, Vietnamese traders in Czech border regions turned to the production and sale of methamphetamine following a clampdown on their trade in contraband cigarettes.

In September 2011, Czech police seized illicit methamphetamine and marihuana worth Kč 1.7 million and arrested seven Vietnamese traders at a market in Lipový dvůr, next to the German border in northern Bohemia. Police say the traders had been dealing the drugs for at least half a year.