Batman and Robin swoop into Prague

The theatrical superhero extravaganza Batman Live, featuring the caped crusaders, winds up its European tour in the Czech capital 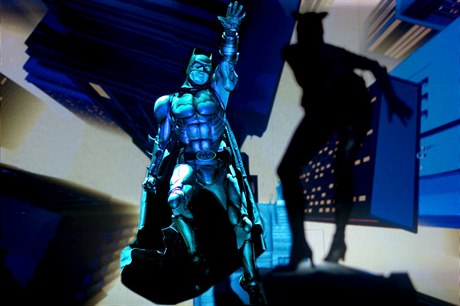 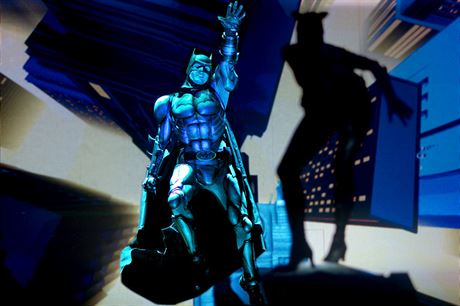 Batman Live is coming to Prague O2 Arena, putting the Dark Knight and his youthful sidekick on stage to battle most of their fiercest enemies. Full of acrobatics, stunts and illusions the show is aiming to bring the dynamics of the comic book to a live performance. There will be five shows in Prague before the show prepares for its upcoming American tour.

Batman Live is the first live performance of the character since he was created 72 years ago.

“When a character has as wide an audience and as rich a history as Batman, it's truly exciting to see him introduced into an all-new storytelling medium," said Jim Lee, co-publisher at DC Comics.

This was in the inaugural issue of Red Robin in 2009 where Batman’s adopted son Tim Drake, and one of many former Robins, takes on the superhero persona of Red Robin to search the globe for the supposedly dead caped crusader. In Prague a scene of horrific violence occurs, though without any overt signs of Batman still being alive.

Czech literary history was cited in an earlier incarnation of Batman as well. Batman: The Animated Series, which ran from 1992 to 1995, had a recurring robot-building character named Karl Rossum, after the Rossum character in Karel Čapek’s 1920 science-fiction play R.U.R. (Rossum's Universal Robots), the work which introduced the term “robot.” Giving the character the first name Karl is obviously an Anglicized homage to Karel. And just to ensure the reference was unmistakable one episode even includes one of Rossum’s robots driving a car with RUR license plates.

The show is centered on the story of Dick Grayson and how he eventually becomes Robin. As a boy, Grayson and his parents formed an acrobatic circus act called The Flying Graysons. His parents are murdered when a gangster extorting money from the circus sabotages their trapeze equipment. The then nine-year-old orphan is taken in by millionaire Bruce Wayne, who also witnesses his parents’ murder, and the dynamic superhero duo is born.

The caped crusaders face off against their most formidable foes: The Joker, The Penguin, Catwoman, The Riddler, Two-Face, Harley Quinn and Poison Ivy. The sets in the show include a model of Gotham City as well as the depths of Arkham Asylum, where many of these villains were held. Other vivid backdrops include Wayne Manor, the circus, Penguin’s Iceberg Lounge and the mythic Bat Cave.

Putting on a show

“I had no idea what to expect as I’ve never done anything like this before,” Murray said. “Everything else I’ve designed has been a real vehicle that someone’s had to drive to work or race, but this was real fantasy land. So, I let my head go. I’ve always had a pretty good imagination, as I think that’s what the Batmobile needs.”

The show’s creative director, Anthony Van Laast, was similarly bewildered at the beginning of preparing the show, in spite of considerable choreography experience in shows such as Mamma Mia!, Joseph And The Amazing Technicolor Dreamcoat, and filmwork including  Harry Potter And The Deathly Hallows.

“I was never a comic book reader. I went to a boarding school and we weren’t allowed to read comics. So they sort of passed me by,” Van Laast said. “It’s going to be a very physical show; we’re going to have some incredible face-offs. Then there’s all the peripheral visual activity that makes it worthy to be in an arena. We’re going to give it the epic nature it deserves.”

It takes 22 trucks to carry all the elaborate stage sets from city to city. Constructing the set takes two full days. One of the largest elements is the 100-foot (30.5-meter) video wall, consisting of 2 million LEDs.

Comics lovers can be fairly tradition-bound. Whenever a new look or character is introduced in their favorite comic there is typically an outcry that the comic has been ruined, that commercial considerations have overtaken creative ones, or that an artist or writer has been hired who doesn’t grasp the spirit of the superhero they are attempting to bring to life.

Putting a superhero on film or stage can bring an even greater protest from the purists, and reactions to the Batman films have varied considerably (while also bringing new audiences to the character).

One Czech comic fan, Martin, was skeptical of a stage version of a prototypically dark superhero but was somewhat reassured by the posters and the traditional yet unique presentation of the villains. “They look pretty authentic. That surprised me,” he said.

To get an idea of the show there are numerous videos and galleries on the Batman Live website, including recording the theme song at the legendary Abbey Road studios as well as trapeze auditions for the show.